The recent dramatic temperature change from less than 30ºF below to more than 60ºF above within a few days left some woodland areas with quickly melting thin ice sheets that had previously captured some of the decaying vegetation.

The unusual part here is that everything happened quickly, shock-frosting and shock-thawing, leaving everything in a rather pristine state.

It felt like encountering the remnants of an alien civilization, that had left us some of its writing, with only hours to capture their message.

Of course there was nothing else to do but frantically take pictures, hoping that what looked interesting might also be significant. 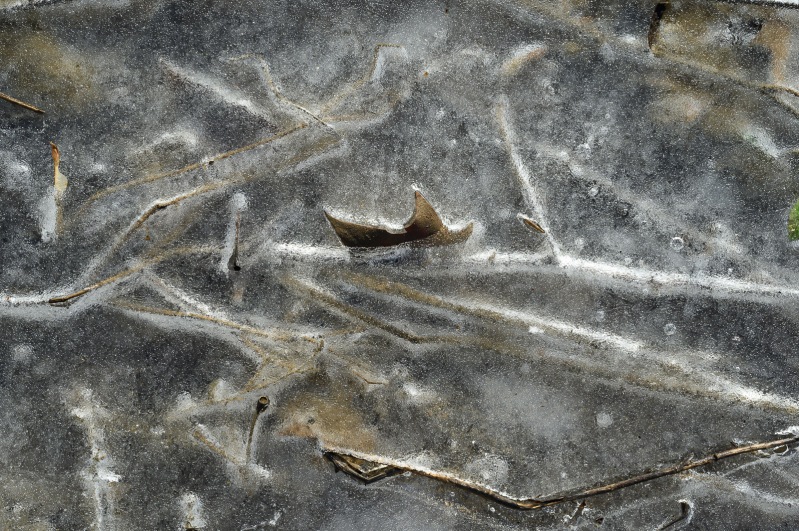 The chances are of course slim that after this will have happened to us, an alien civilization will arrive in time to decipher what’s left of us.

I am afraid it will be less beautiful anyway.