Here is the second part of the pre-frost wildflowers, in their perfect whiteness.

Snowfall overnight in late April is rare here, but has its own strange appeal.

Unfortunately I had other obligations this morning, so I couldn’t go on a longer expedition, so I paid our campus a visit.

While the trees have mostly managed the extra burden, most flowers did not.

It’s not all sadness. Hours later, the snow was all gone, and the recovery has begun.

In the afternoon I went on a short hike at Pate Hollow. Many wildflowers were gone here, and tree blossoms have fallen. Grayness has returned.

But there still is life,

Imminent snow will ruin the wonderful wildflower display we had the last week. Here is the first batch.

Let’s change the paradigm. Here are the eight tripods that will inhabit our universe today. Note that each tripod uses exactly four different colors.

At the beginning, in year 0,  there was only one tripod. Feeling lonely, it sprouted three more, augmenting each leg with two more legs.

We notice that there are choices: Each existing leg uses two of the four colors, and there are two possibilities to place the remaining two onto a newly sprouted tripod. So, in year 1, there are already 8 different possible universes. Free will is a good thing.

But there is also symmetry. At each node of the tree, we can exchange the branches, giving us lots of commuting involutions. We call trees that are obtained by these exchanges isometric. In particular, except for the coloring of the first tripod, all subsequent choices lead to isometric trees. Free will was an illusion. This insight should be hint enough to answer last time’s questions.

It also helps to go backwards in time, to uncover our past. For instance, the color at the center of the tree occurs most often at the rim of the universe, at year 2. It is easy to find more laws that allow us to understand the entire universe if we just know what it looks like in the leaves of year two. Even if the available information is only partial, we can often say a lot.

For instance, the partial information on the left universe above allows for two different pasts, one of which is shown on the right. Find the other one.

Another year has passed. Are the same laws still valid? Can you reconstruct the history? Is there more than one? Time is a complicated thing…

With all the emerging wildflowers, I have been using my tripod a lot lately, and this has led to today’s puzzle. We are going to color perfectly height balanced trivalent trees, like so:

This is of course too easy as it stands, so we have to impose restrictions. Today, I will insist that all tripods in your coloring look like this:

So a tripod is a perfectly height balanced trivalent tree of height 2, technically speaking. A quick inspection shows that the example above is of this sort. There still are many many such colorings, given the symmetries of the tree, and we’ll need further constraints for today’s puzzle. Before we get there, I have a few questions:

Above is a simple version of today’s puzzle. On the left, you see a partially colored tree. On the right there is a completed coloring, following the rules that all tripods in the tree must be colored as the two tripods above. In this case the solution is unique, as also in the puzzle below:

Tonight’s evening sky tempted me to try something new.

These are, obviously, just pictures of clouds.

Except maybe for this one?

It looks like violent weather is approaching, not unusual for this time of the year.

It’s that time of the year again.

Last year’s Darjeeling season was difficult — Covid interrupted the harvest, and almost all early invoices were stuck in transit.

I heard this year was problematic, too, because of lack of rain, but what I have sampled so far is excellent. One of my favorites this year is the Glenburn Moonshine – Elite | EX-24 from my trusted merchant at Tea Emporium.

This is one of the most flowery Darjeelings I ever had. Smooth, delicate, and still substantial.

A bit north of the Arrowhead Arch are tall and very steep cliffs, the Messmore cliffs. Above is a look from the top.

And this is how they look from below. 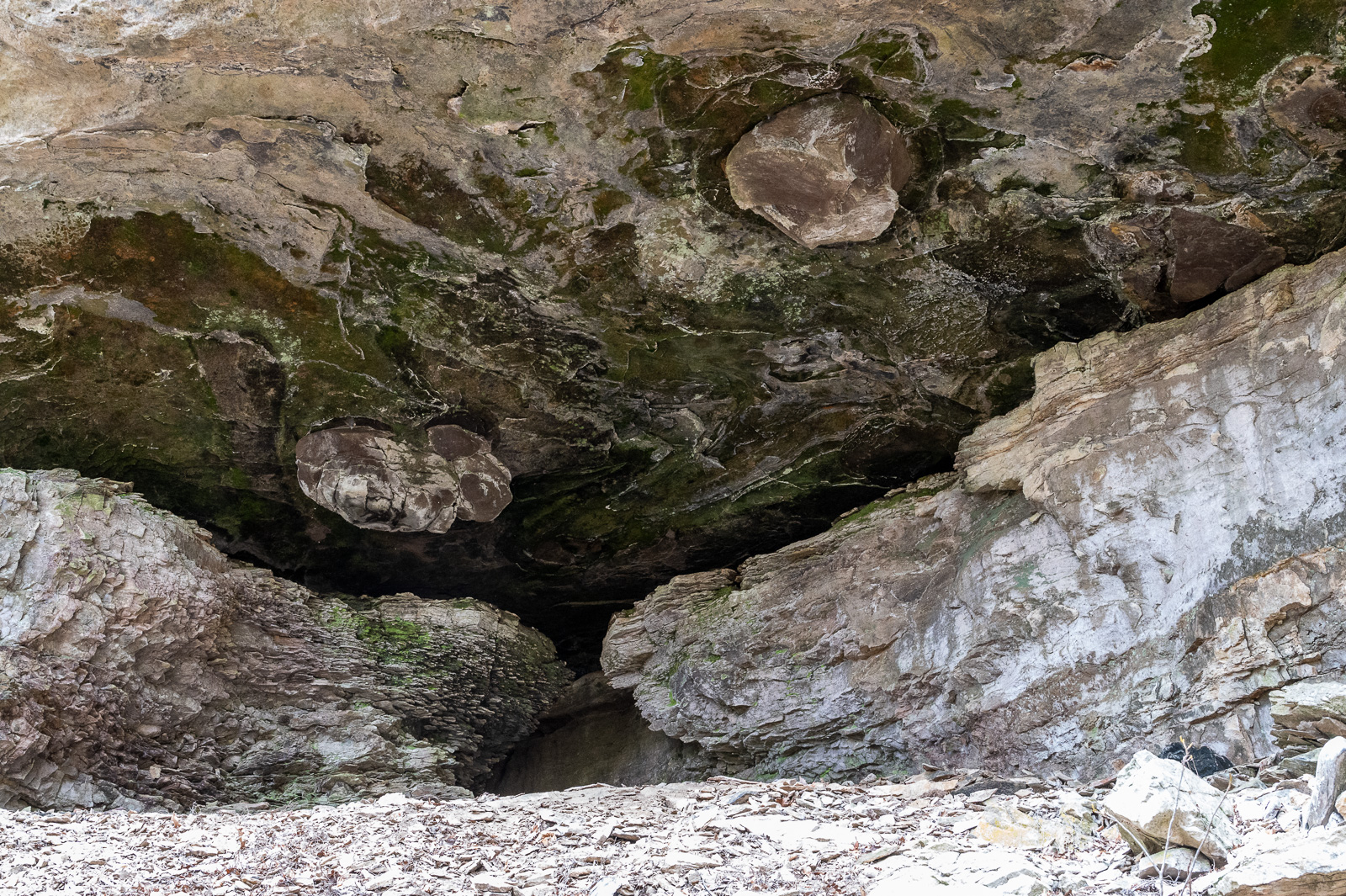 To get there (unless you have a rope and know how to rappel), follow the derelict forest road on the cliff top east until you hit the no trespassing chain, then descend left and follow the cliffs.

There is lots to explore, in complete solitude.

Much of it is otherworldly

or retracts into abstraction.

This has been quite some experience.

Finally, after the silly April 1st post from yesterday, here it is, the elusive Arrowhead Arch.

It took me two attempts to find it. The reason is that some web pages have the wrong GPS coordinates, and it is also marked incorrectly on some maps. 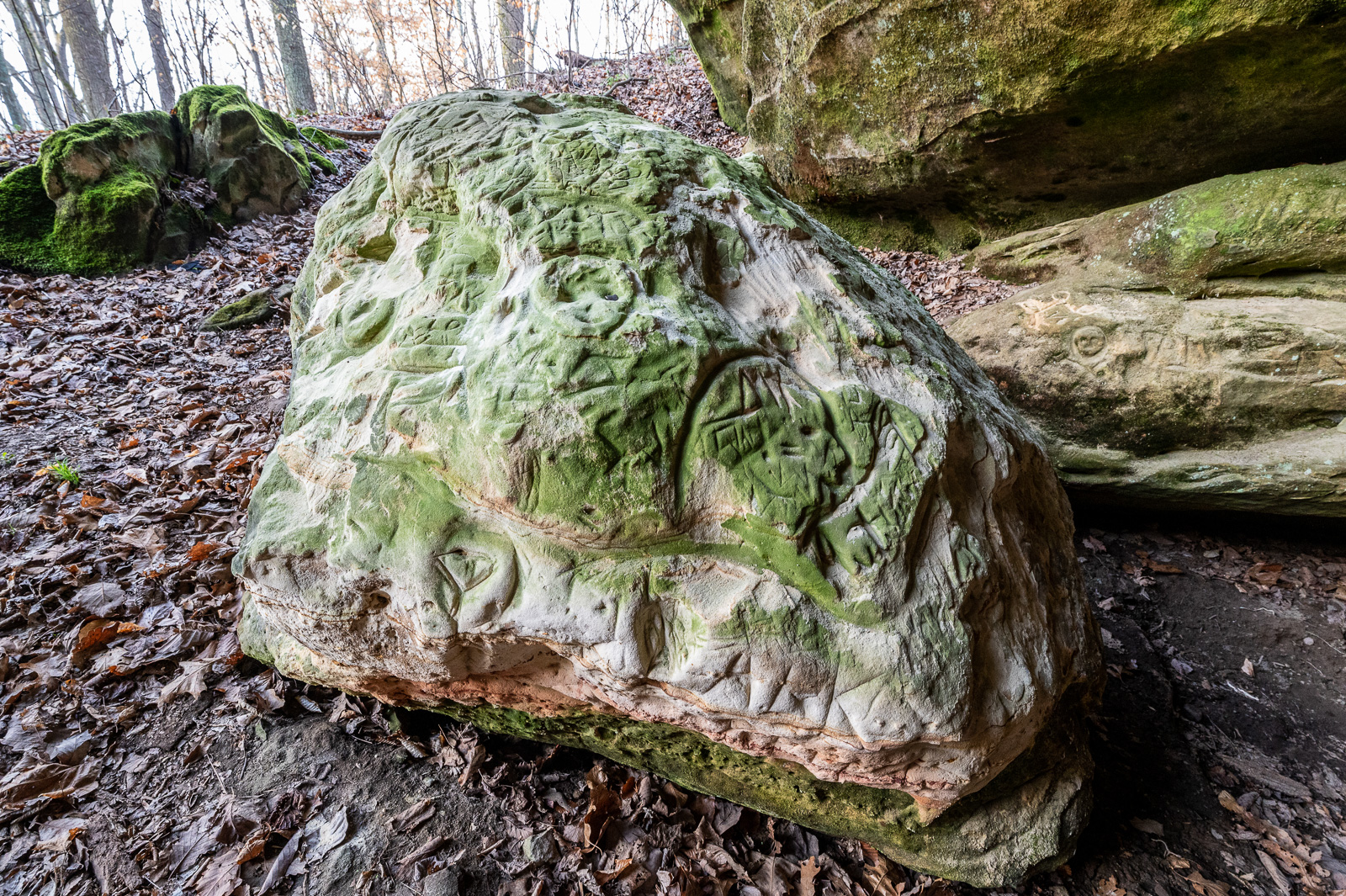 The arch features a special rock where people have decided to follow their irresistible urge. At least it’s pretty much limited to this rock.

Even if you know where the arch is, it is still hard to find. On my first attempt, I gave up and turned around literally standing on top of it.

Still, the erring around on the cliff tops pointed me to some other wondrous places. More about them next time.

Did I mention the incredible rock formations? 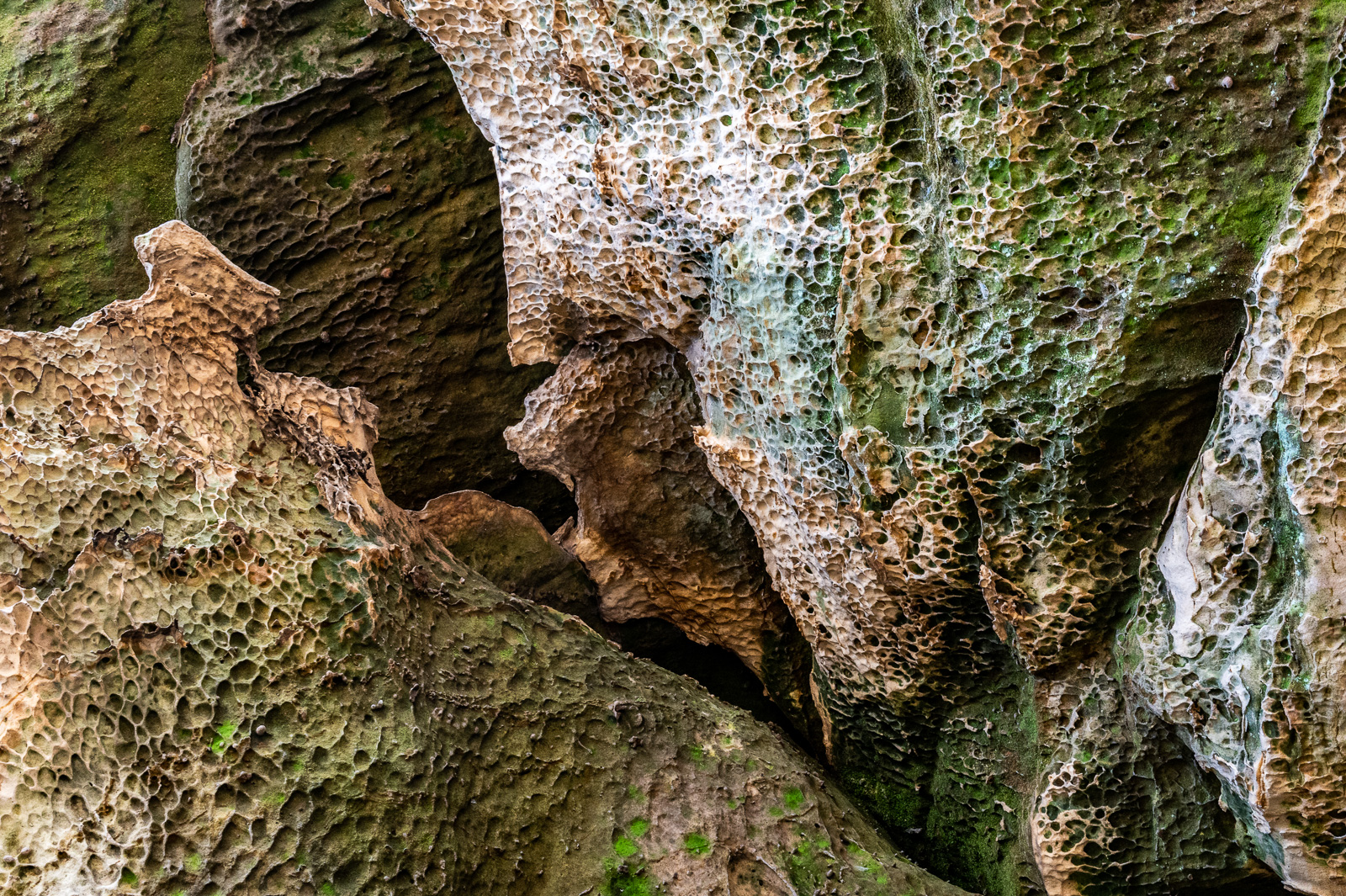 So how does one find these walls?

The recipe is simple: Get up early, in a night where the moon is full, and start walking.

Get behind a waterfall, close your eyes, turn around yourself three times, and go straight on. 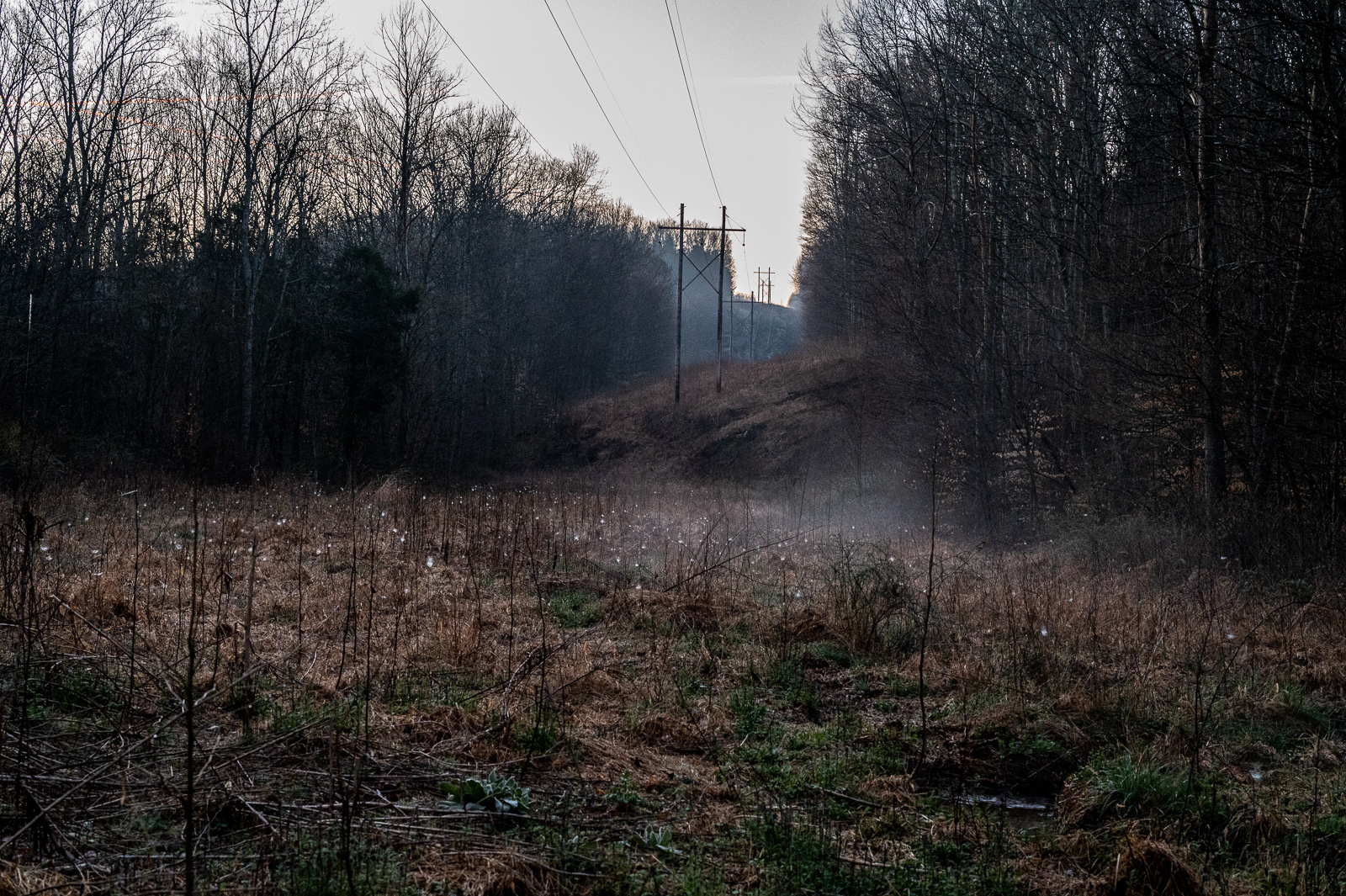 When you hit a wall, you are there.

But be careful not to fall.