While horizontally distanced, let’s use the freed time for a contemplation of the vertical.

The first two sets from today are, as so often, taken at the DePauw Nature Park.

I have arranged the 1×3 pictures in triptychs to further emphasize their narrowness by framing the depth of the center piece with contrasting walls. I find the effect disconcerting in a positive way, maybe because the obvious path is not necessarily the only path.

This last one is from my other favorite place here, New Harmony.

Above you can see how Alan decomposes a regular octahedron into octons. The recipe is the same as for the cubons and tetrons: Divide the edges of the octahedron in suitable ratios, connect the subdivision points to the face centers and the center of the octahedron. If you allow as subdivisions the proportions (1:2) and (2:1), there are six different octons that you can get this way.

Up to rotations, they can be used to assemble an octahedron in 10 different ways, as indicated above. A better representation of these solutions is shown below. The octahedron is represented by its skeletal graph, and each octon becomes a vertex with arrows pointing towards or away from the vertex, indicating what proportion the edge is to be divided in (2:1 or 1:2).

Equivalently, we can think of these six “small” octons as the six pillows I have discussed four years ago. So we can view the puzzle to assemble the six octons into an octahedron also as the puzzle to decorate the vertices of an octahedral graph with the six pillows so that the two arrow at each edge point the same way. More generally, one can ask to decorate any quartic graph this way, with any choice of the octons/pillows. Below is the graph of the cuboctahedron, with two sets of “coins” for decoration. This suggests a game for two players (gasp): Take turns to place the coins of your color, again so that arrows along each edge are pointing the same way. The player who moves last wins. Can you find a winning strategy for one of the two players?

There is a surprising beauty in the way mushrooms stay close to each other. They seem to have a strong affinity to stable relationships. 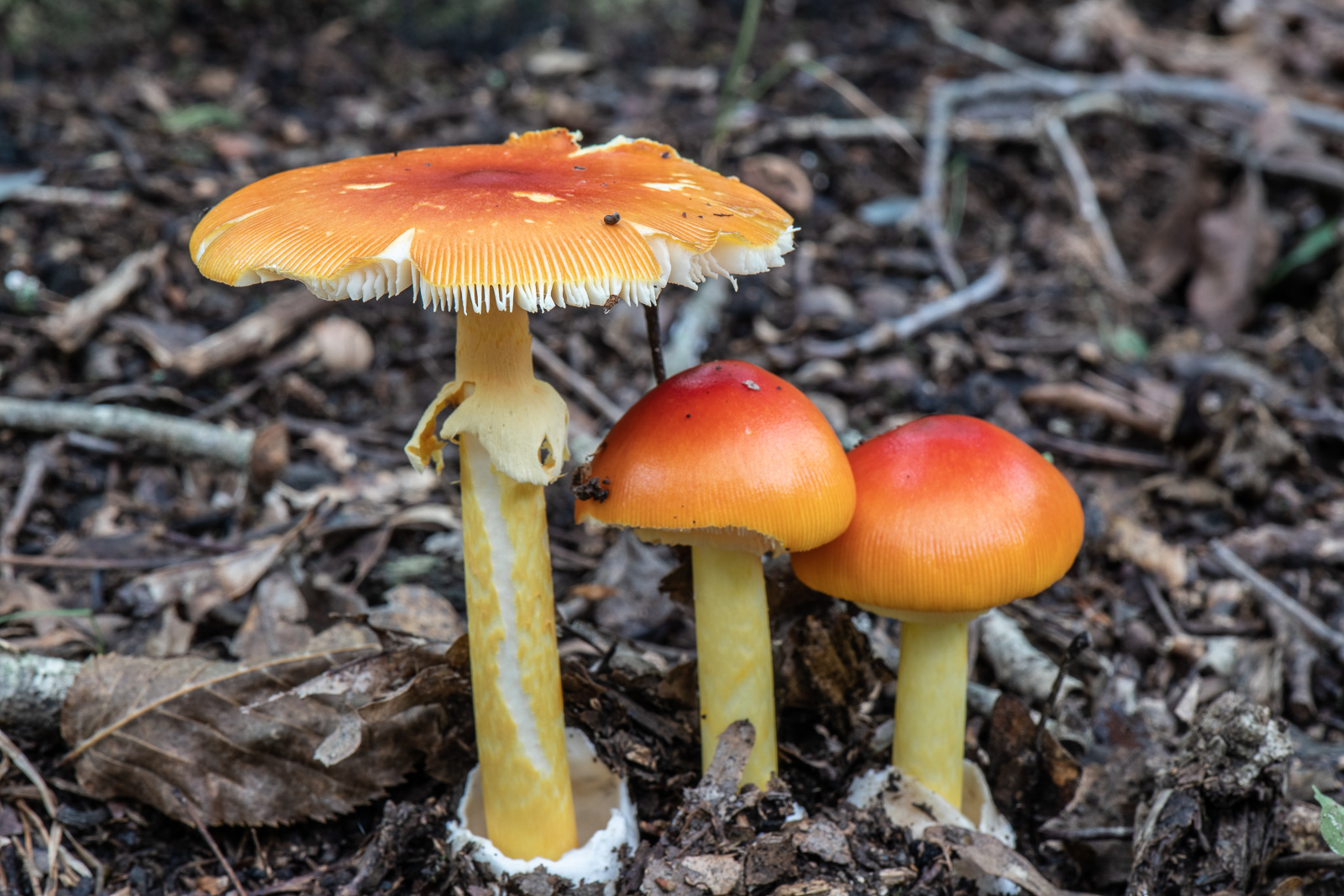 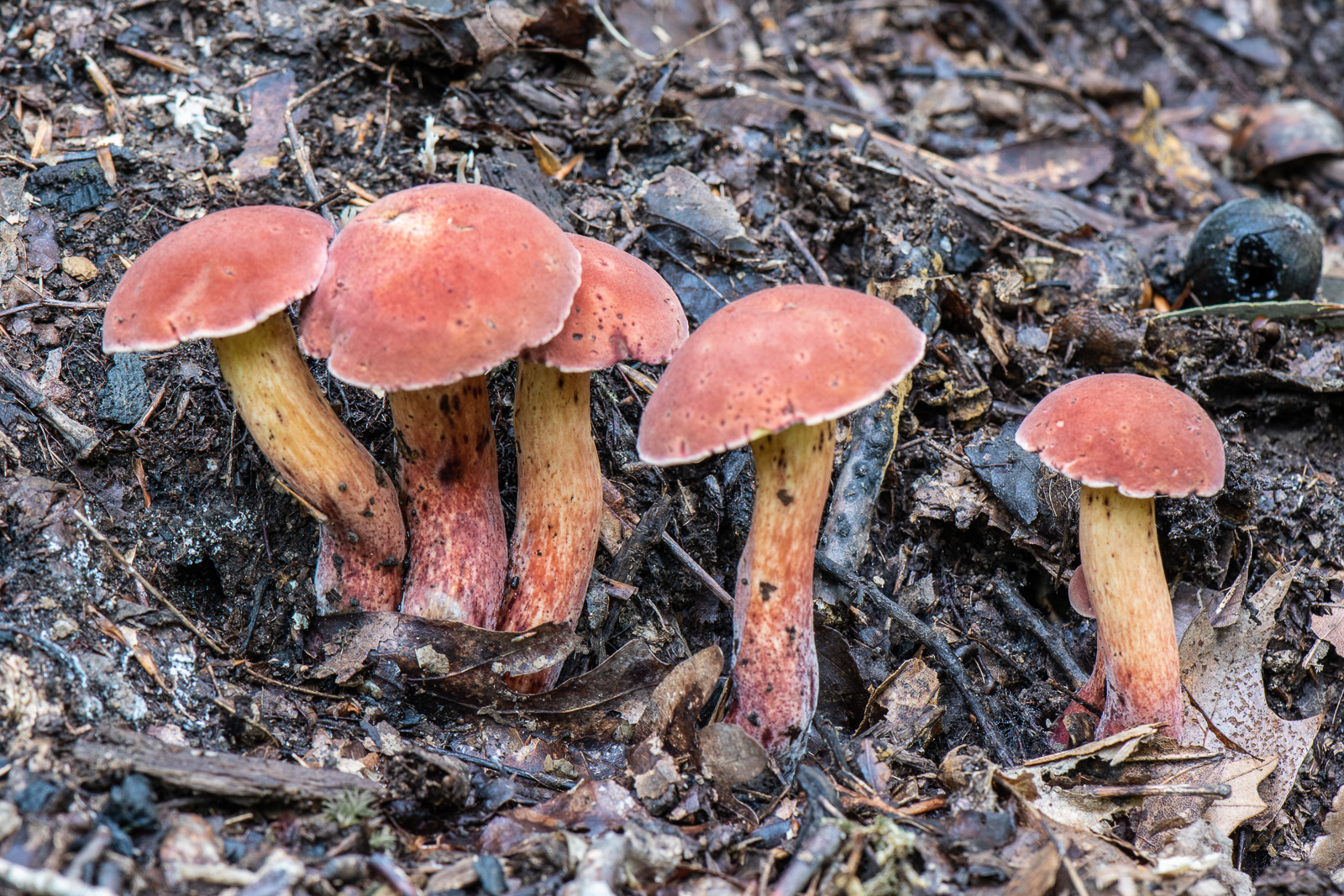 hang out with friends, 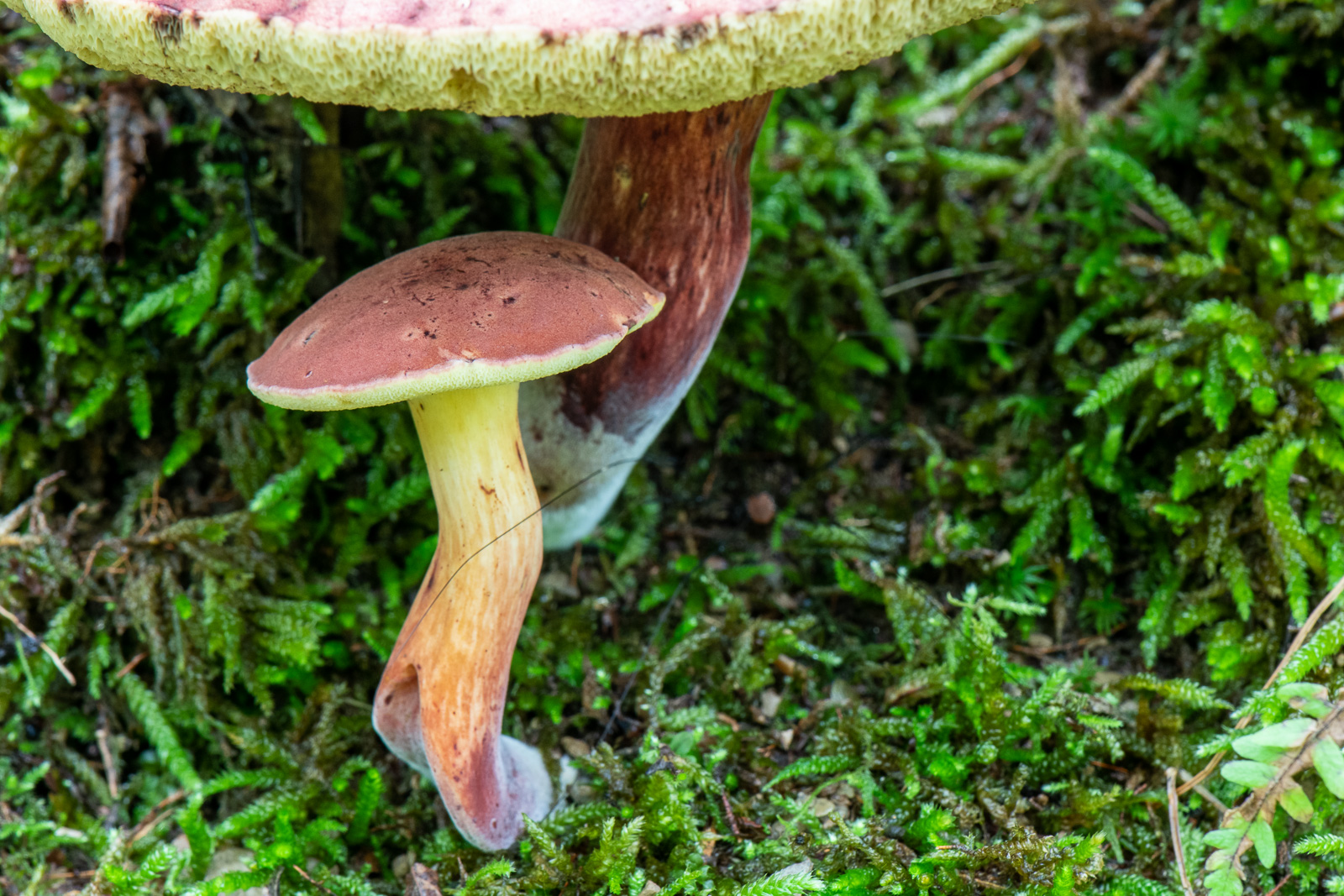 protect each other as well as they can, and attach themselves to what nurtures them best.

We should maybe learn from them. 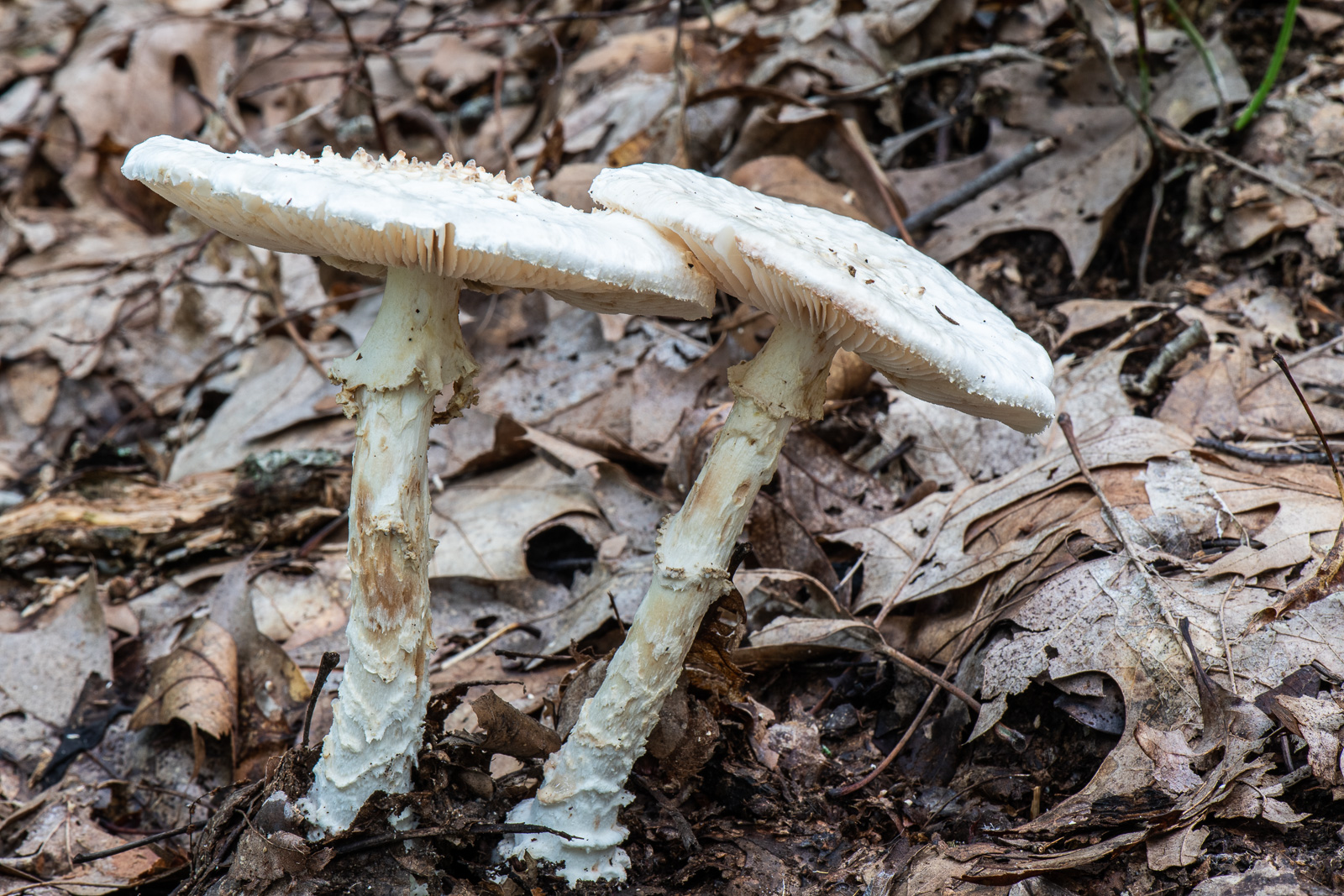 After harvesting, cleaning, processing, eating, freezing, photographing my beloved chanterelles for over a month, it is maybe time to elope a little and have at least a careful look at what else is out there in the local woods. 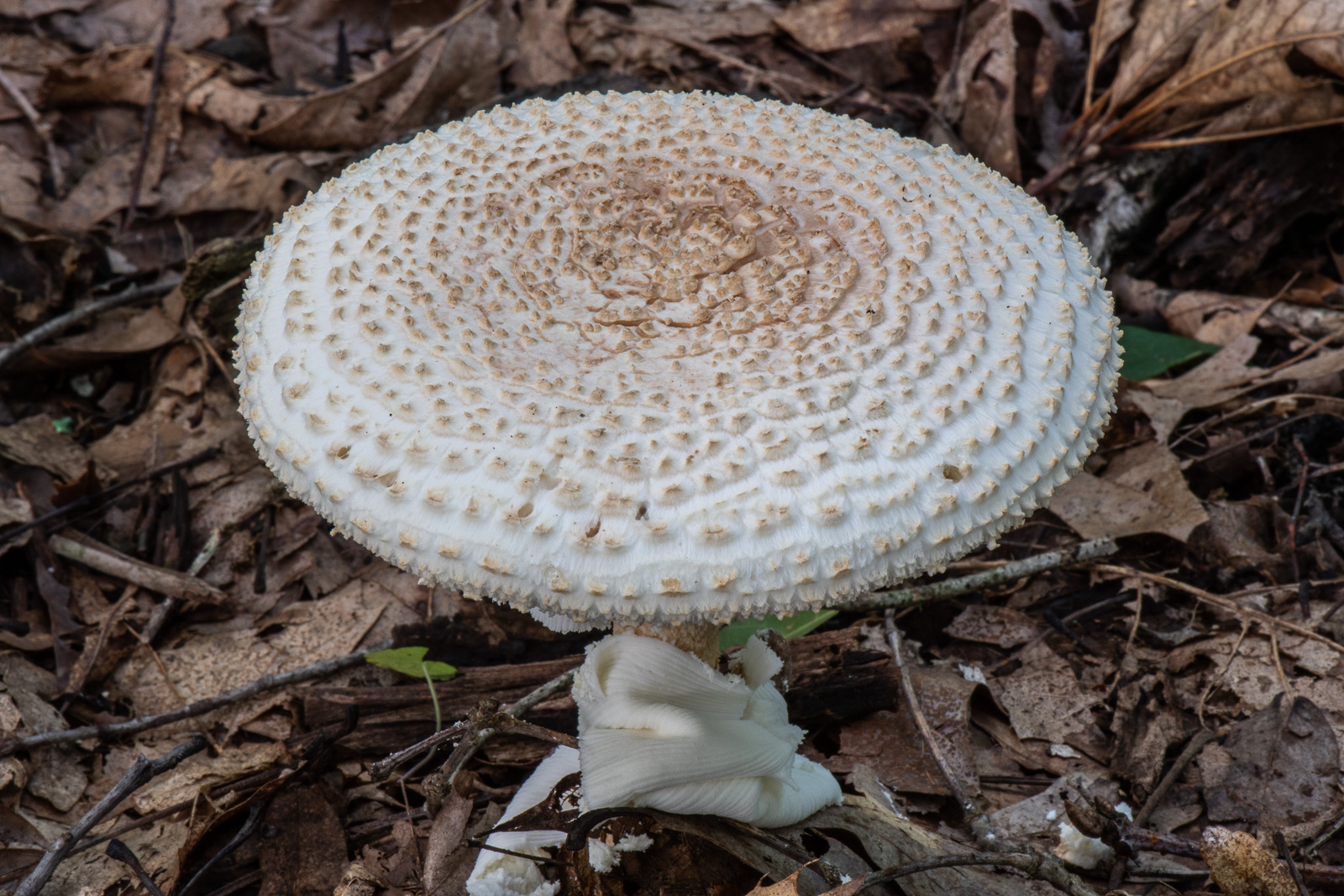 Let’s keep it anonymous. I don’t know enough about mushrooms to tell you their names. 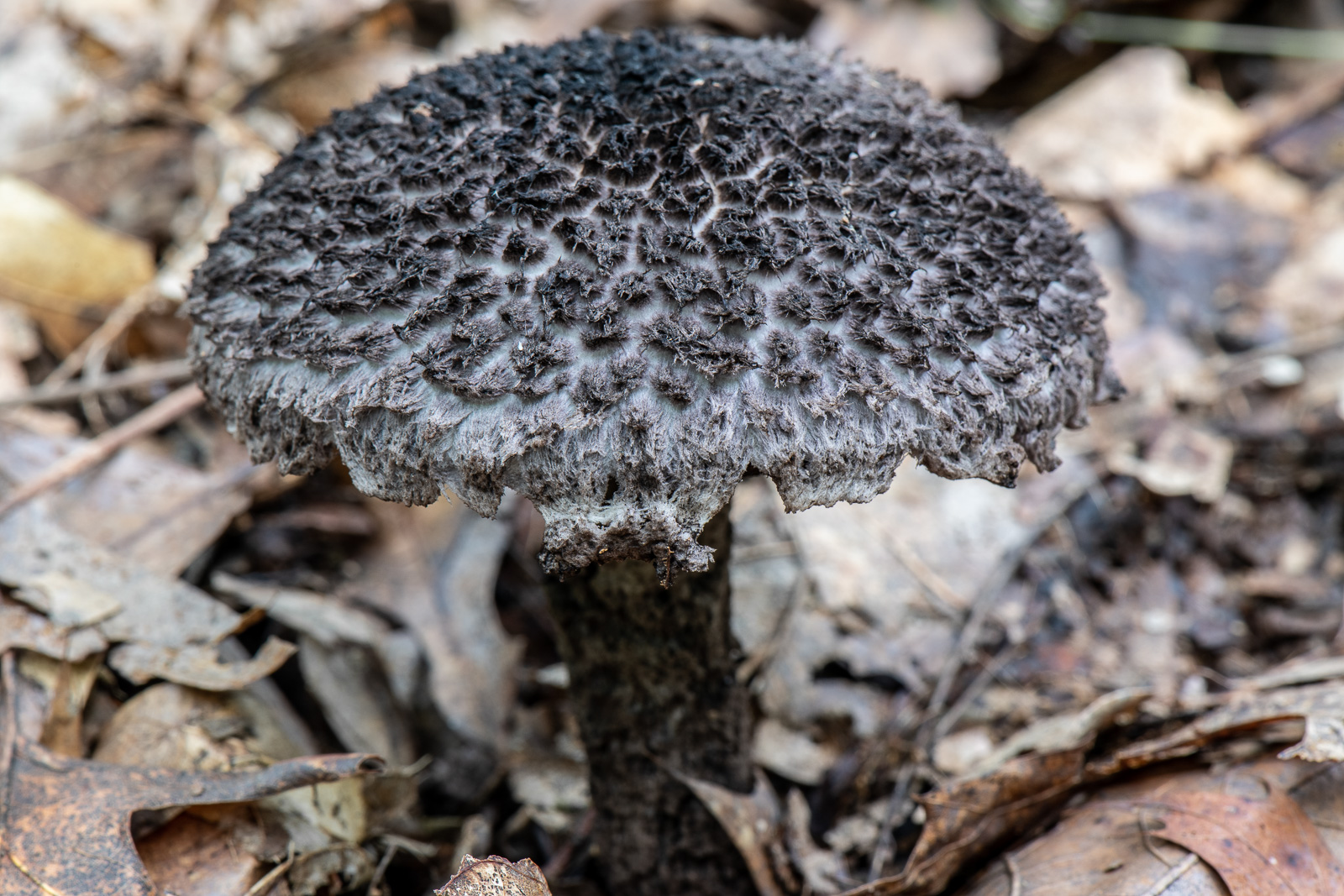 Nor do I know how safe they are. After all, I am just looking… 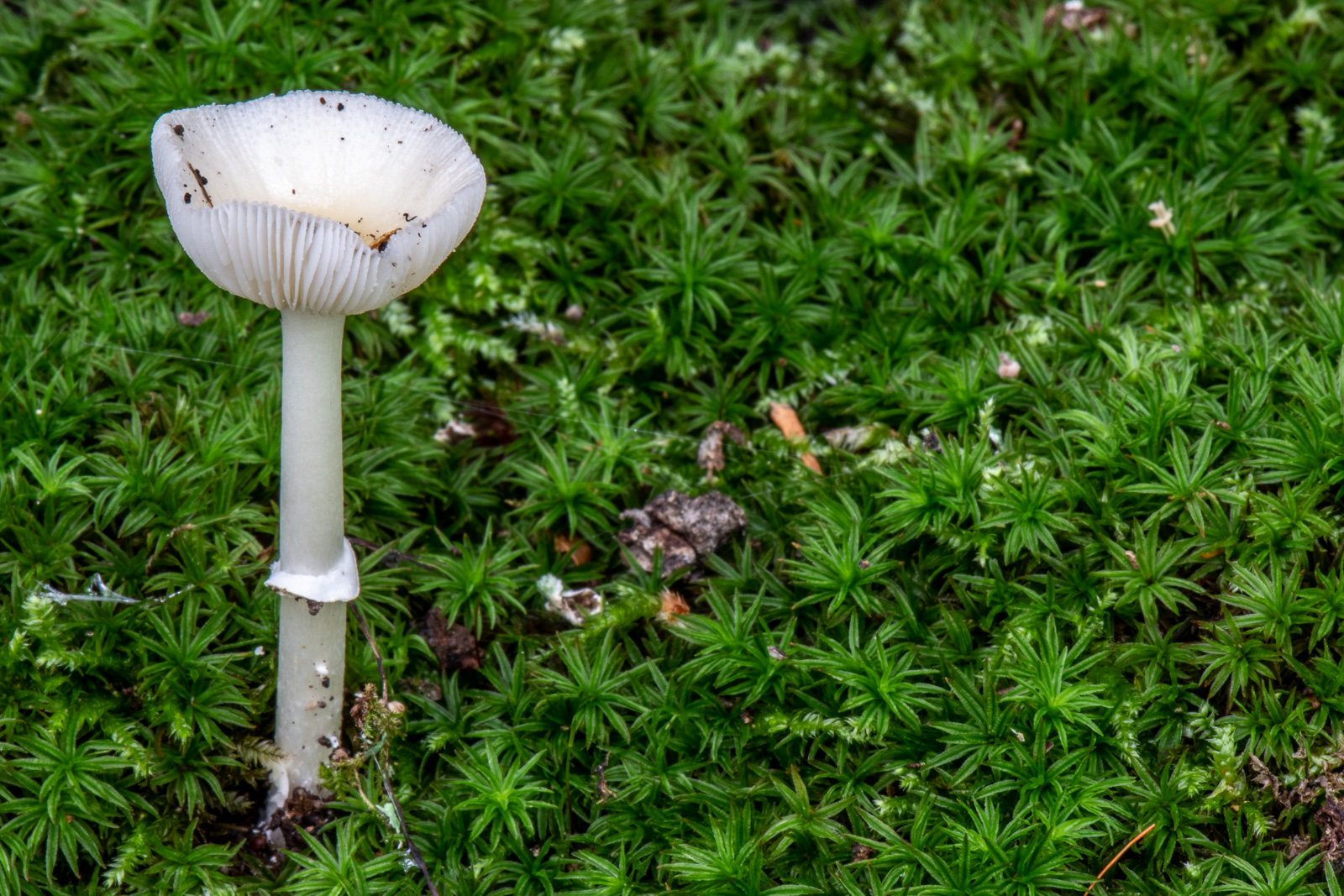 Their beauty is admittedly tempting, though.

Well, some of them look tastier than others. 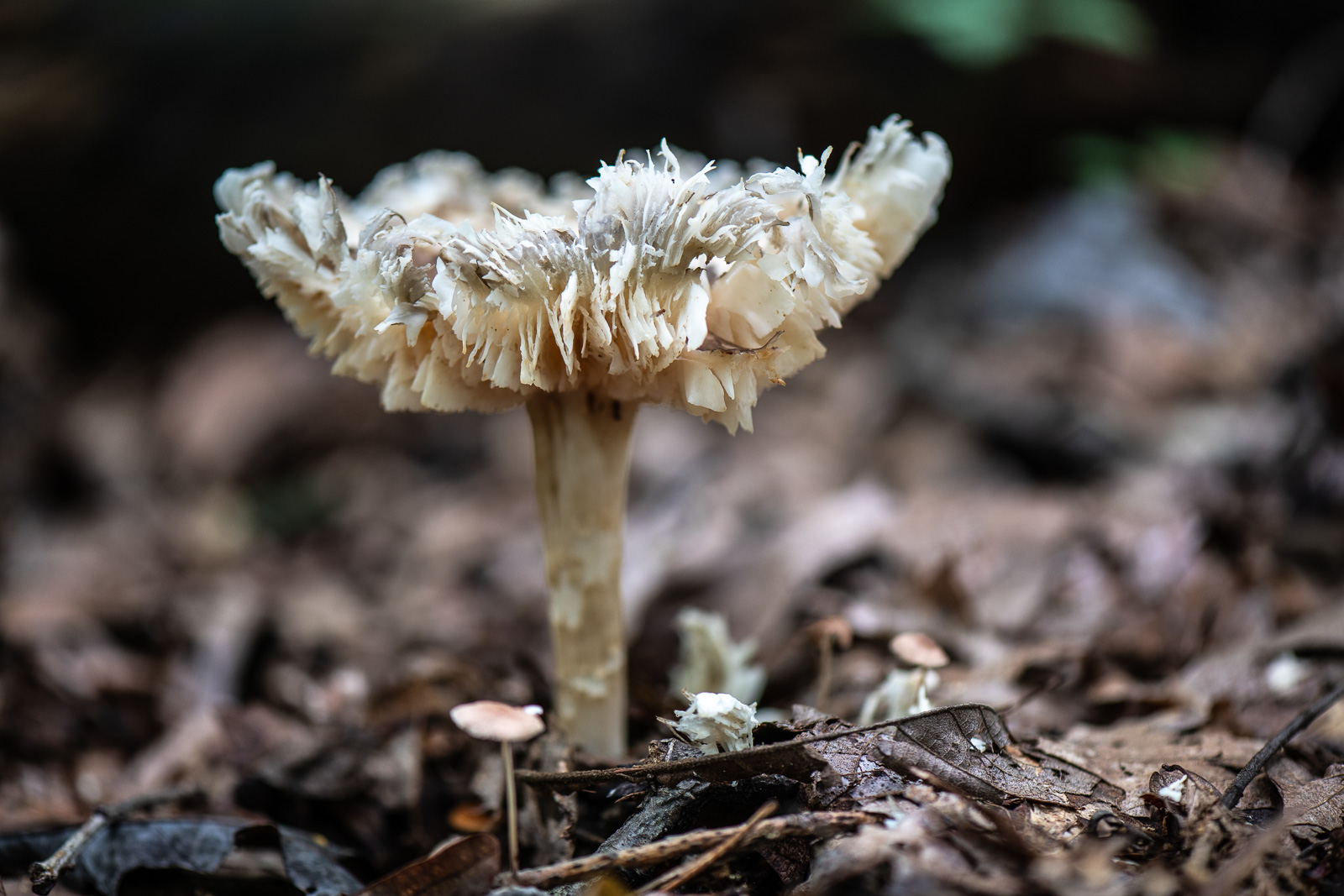 And this one’s best days are over. To be continued…

Another lonely day gave me the idea to spice up the six standard pillows into domino type puzzle pieces by coloring them like so:

Below is a less pretty but easier to cut version, assembled in a 5×2 rectangle, 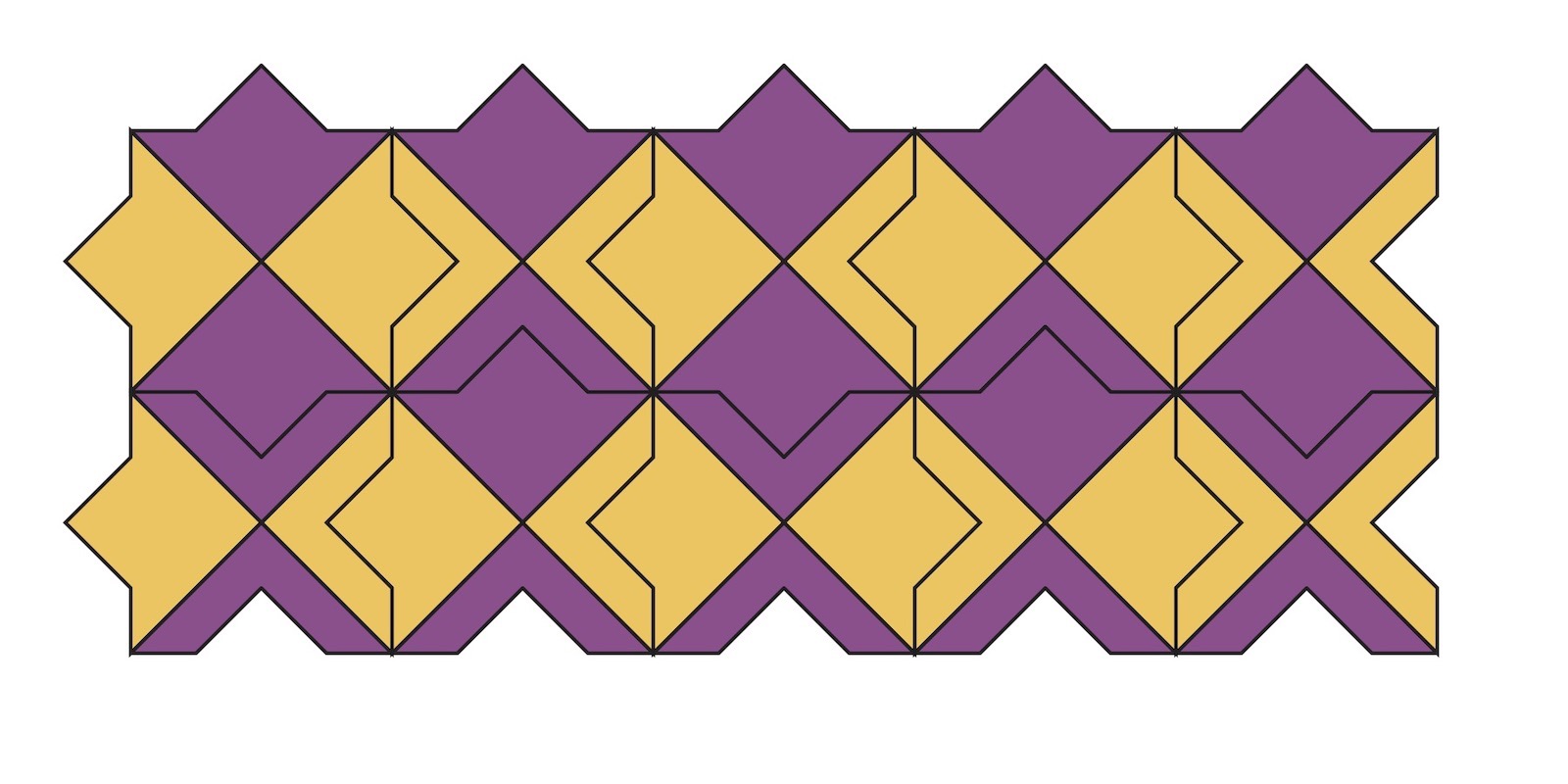 which solves what a mathematician would call a boundary value problem: 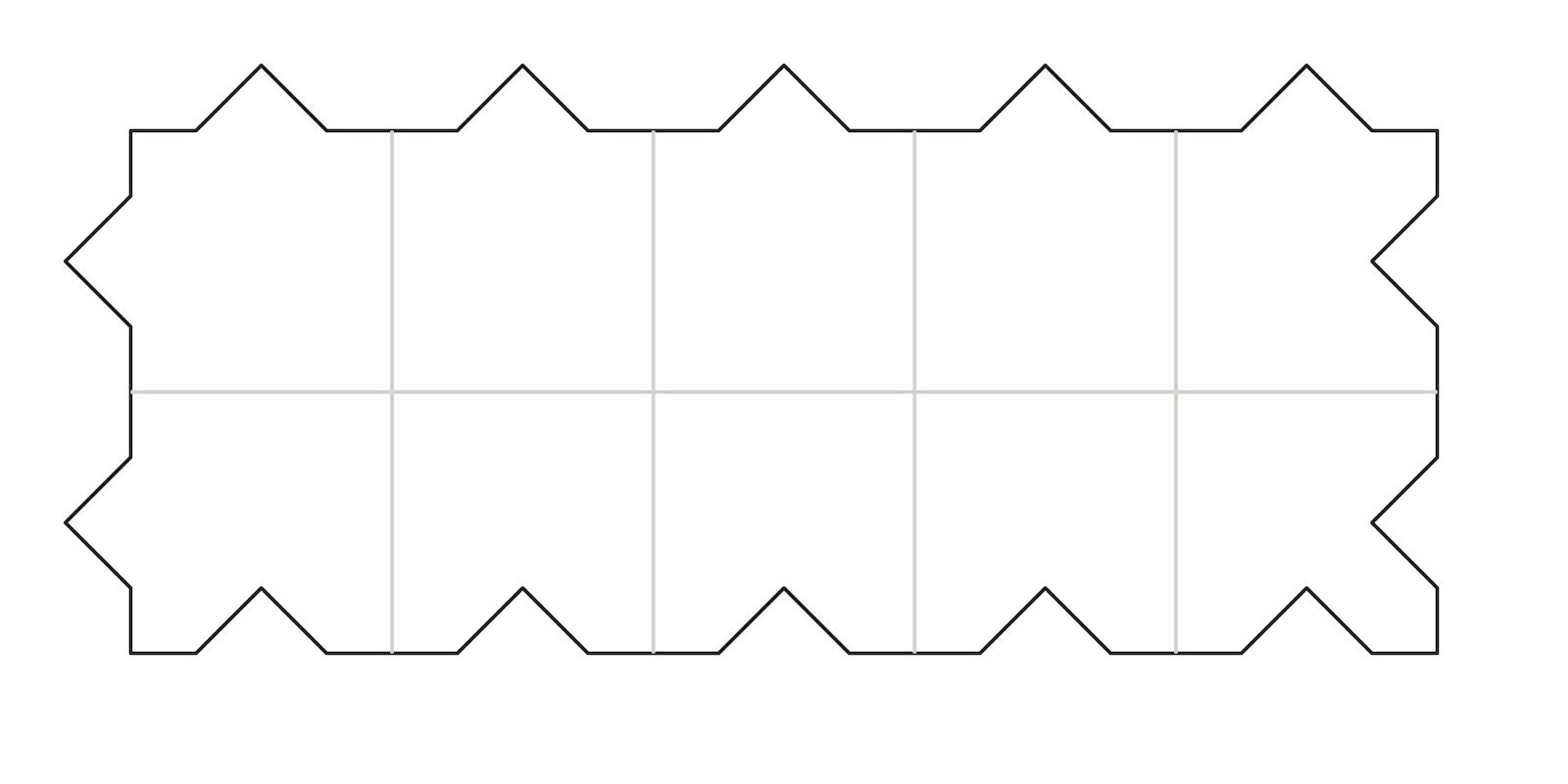 Here is another puzzlable boundary contour for your solitary enjoyment. The rule is to place the puzzle pieces so that they fit & match in color when they meet:

These are nice little puzzles, not too easy, not too hard, but 10 is an awkward number (why don’t we have 16 fingers, like everybody else out there?), and it is somewhat annoying to have to turn around some of the pieces by 180º to see whether they finally fit, so I decided to modify the coloring a bit, like so:

The 16 puzzle tiles above must not be rotated anymore. Equivalently, the horizontal and vertical color gradients need to match with adjacent fitting pieces. The pieces above all fit together to form a 4×4 square which periodically tiles the plane, moreover, this square is symmetric across one of its diagonals. Can you find other such square, tiled by using each of the 16 colored pillows exactly once? There are a few, but not too many. 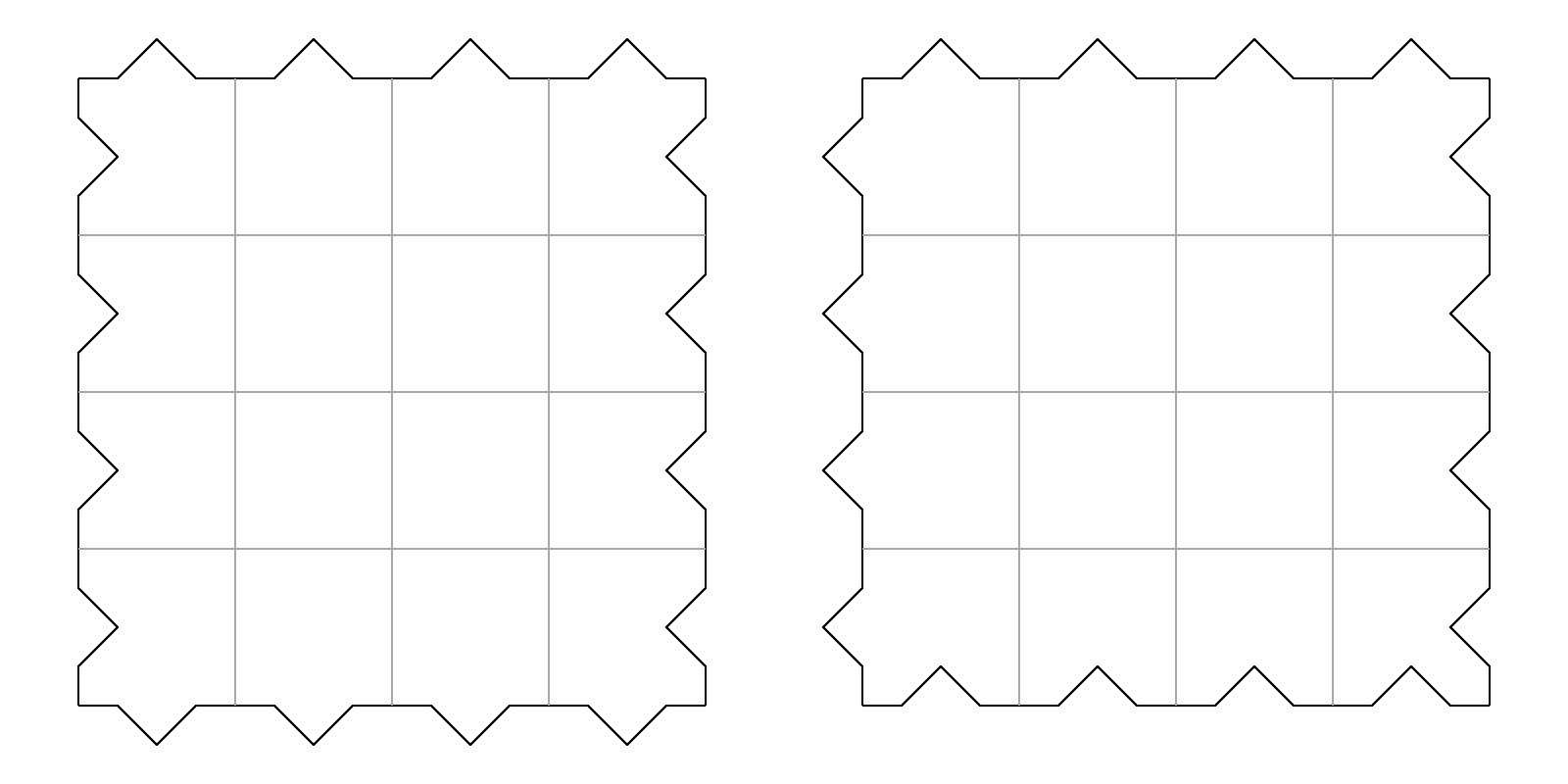 These 16 puzzle pieces would make great 2-person games, for horizontal and vertical players… Their time will come. For now, enjoy the two boundary value problems above. One of them is very very very hard.

The quotes are from Marilynne Robinson’s first novel Housekeeping. It is rare that the imagery of a book resonates so strongly with how I experience nature. The book revolves around three complex metaphors, the Lake, the House, and the Bridge. It would be a bit simplistic to view them as tokens for past, presence, and future, because they each hold much more.

Indeed, where we were we could feel the reach of the lake far behind us, and far beyond us on either side, in a spacious silence that seemed to ring like glass. 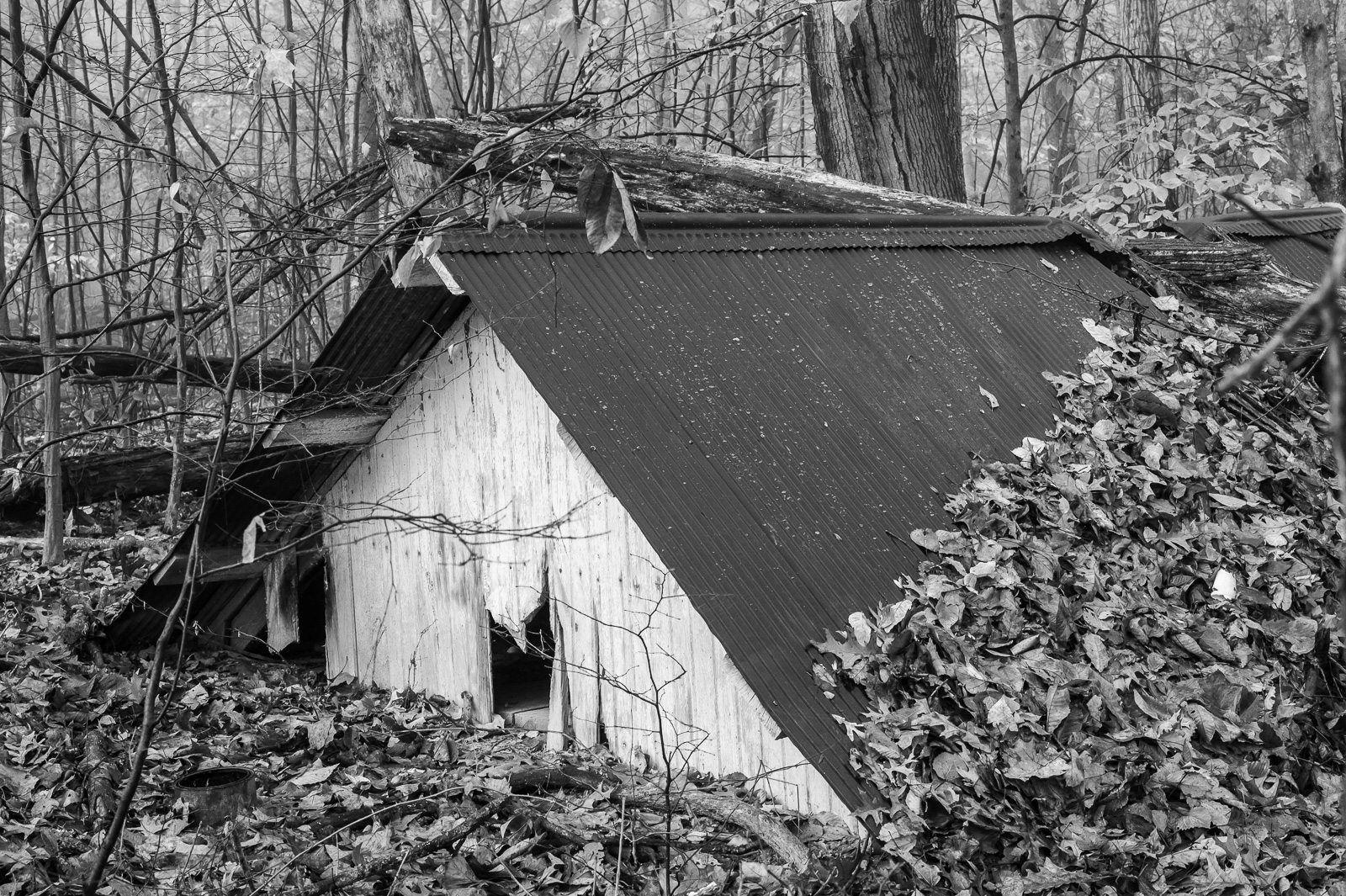 He had grown up in the Middle West, in a house dug out of the ground, with windows just at earth level and just at eye level, so that from without, the house was a mere mound, no more a human stronghold than a grave, and from within, the perfect horizontality of the world in that place foreshortened the view so severely that the horizon seemed to circumscribe the sod house and nothing more. 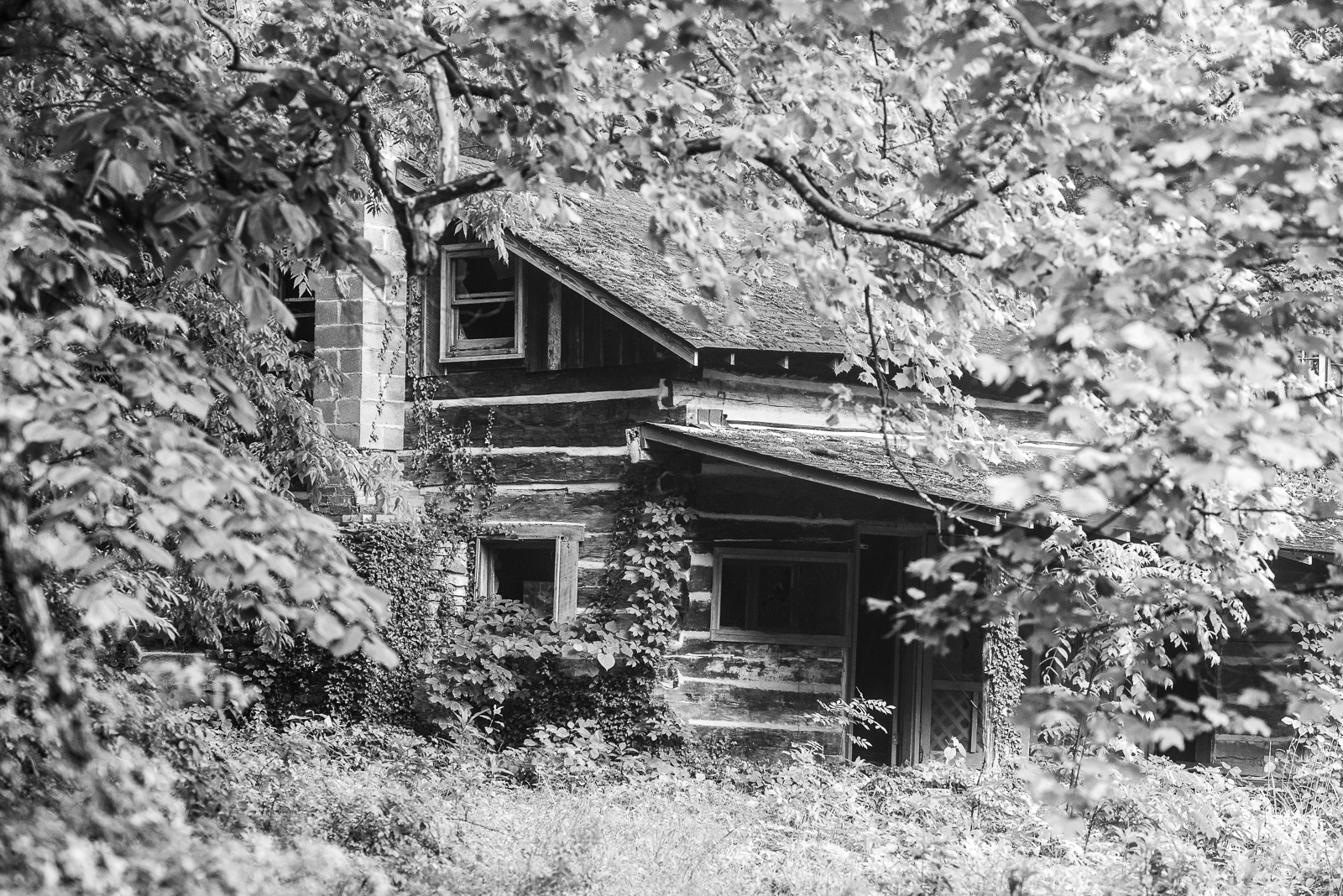 Imagine that Noah knocked his house apart and used the planks to build an ark, while his neighbors looked on, full of doubt. A house, he must have told them, should be daubed with pitch and built to float cloud high, if need be. A lettuce patch was of no use at all, and a good foundation was worse than useless. A house should have a compass and a keel. The neighbors would have put their hands in their pockets and chewed their lips and strolled home to houses they now found wanting in ways they could not understand.

I believe it was the crossing of the bridge that changed me finally. The terrors of the crossing were considerable.

Something happened, something so memorable that when I think back to the crossing of the bridge, one moment bulges like the belly of a lens and all the others are at the peripheries and diminished. 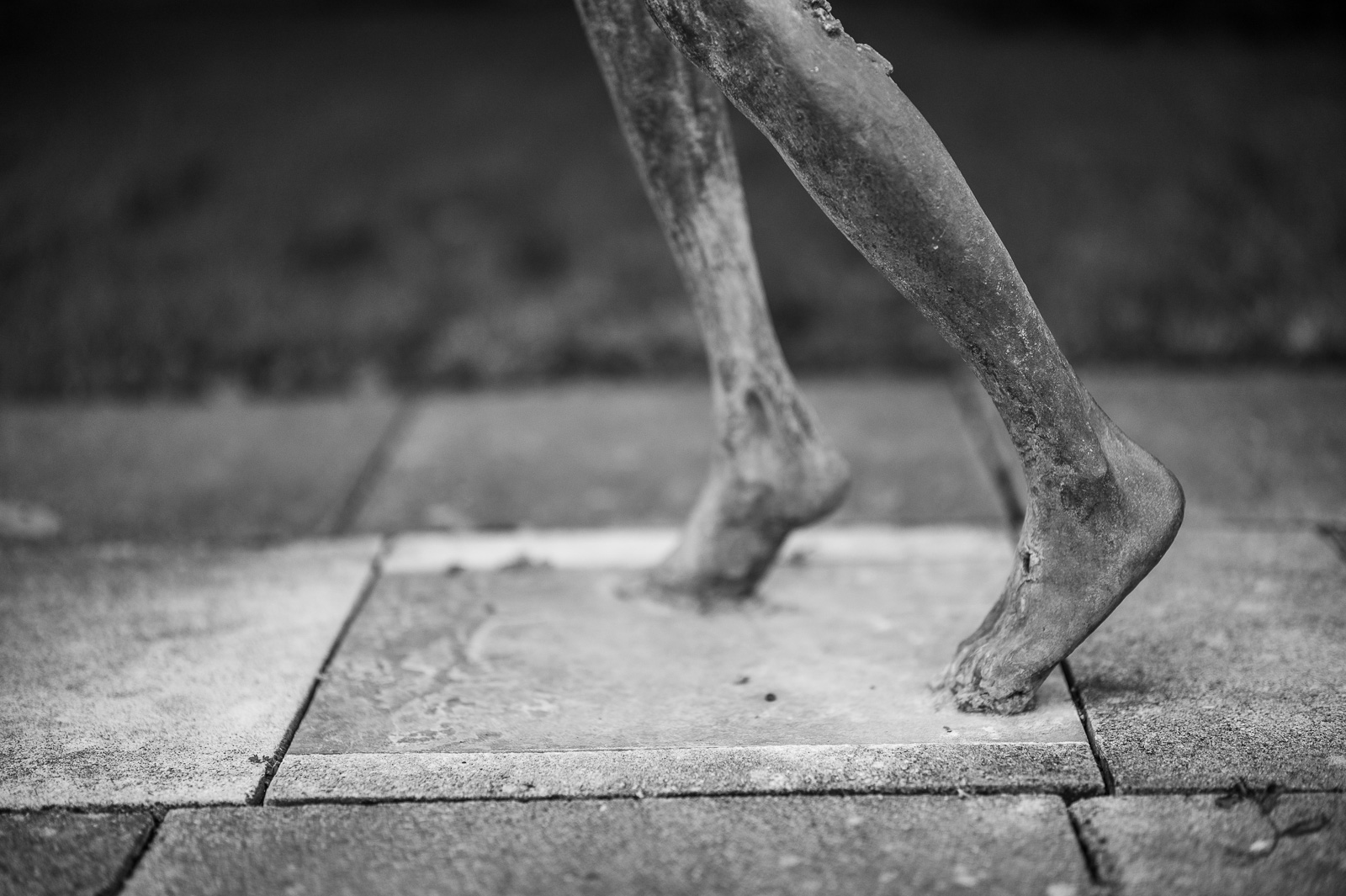 Today’s pictures are from an early morning visit to the prairies of the Columbia Mine Preserve in the middle of summer.

The light is extraordinary, as is the variety of life around you. 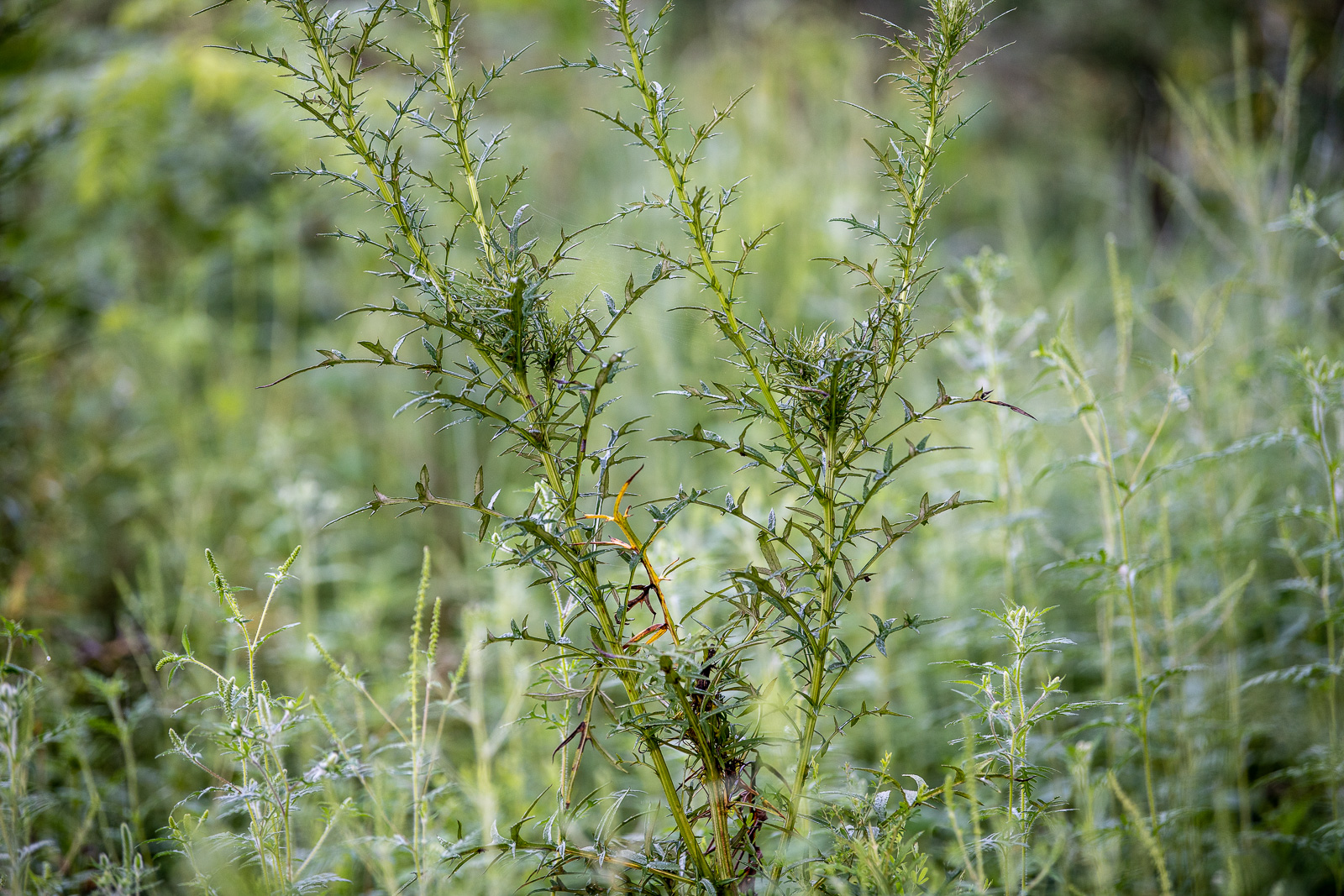 In a few weeks, all the insects will become quiet, and the migratory birds will get ready to leave. 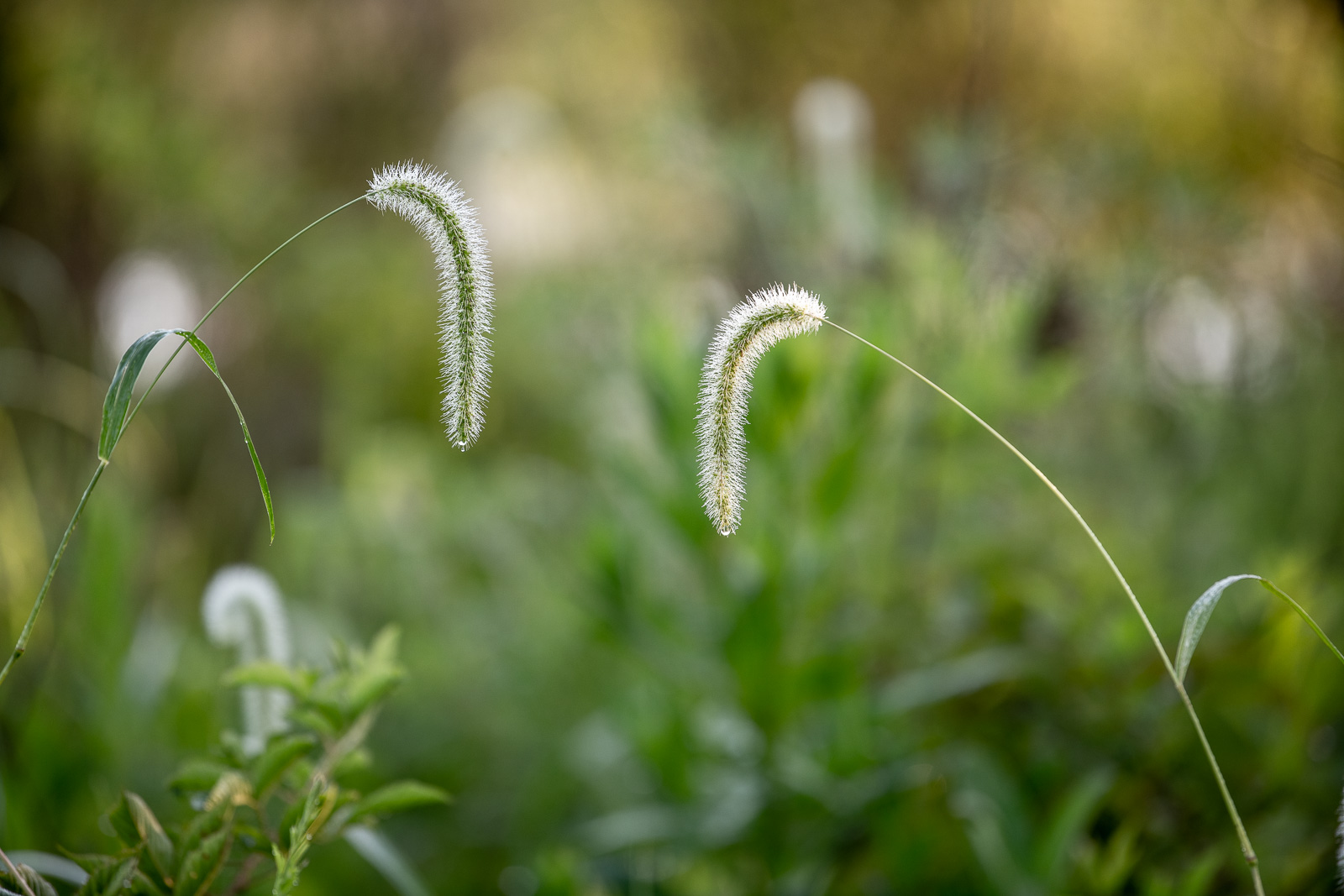 The grass will become brown,

and the trees will explode in color.

This has been a strange year, and rarely have I longed more for it to be over.

But there are still choices to be made. 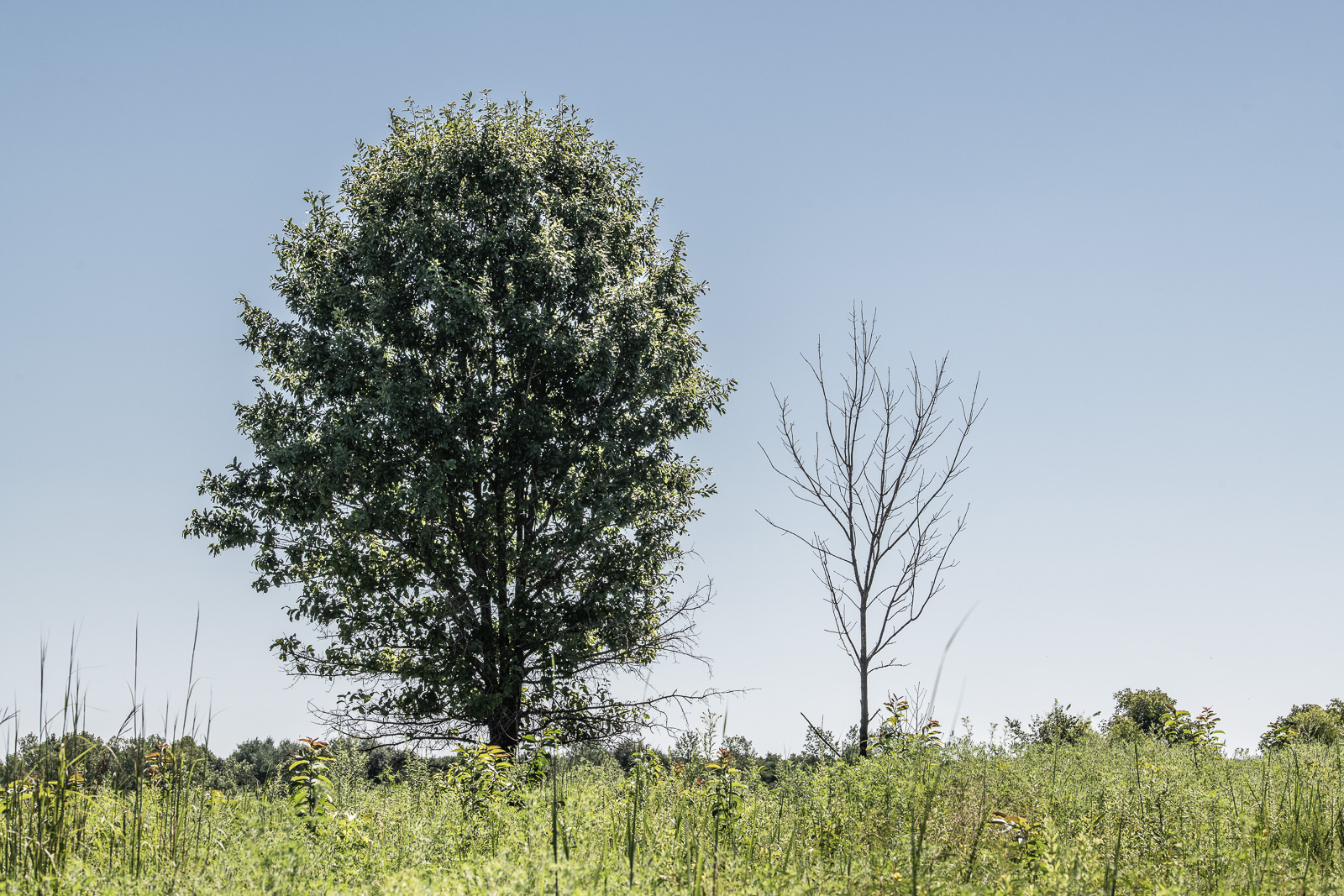 There are, more or less, two kinds of mushrooms: Those you can eat safely, and the other ones. Among the edible, I can identify morels and chanterelles. The latter ones have become abundant lately: 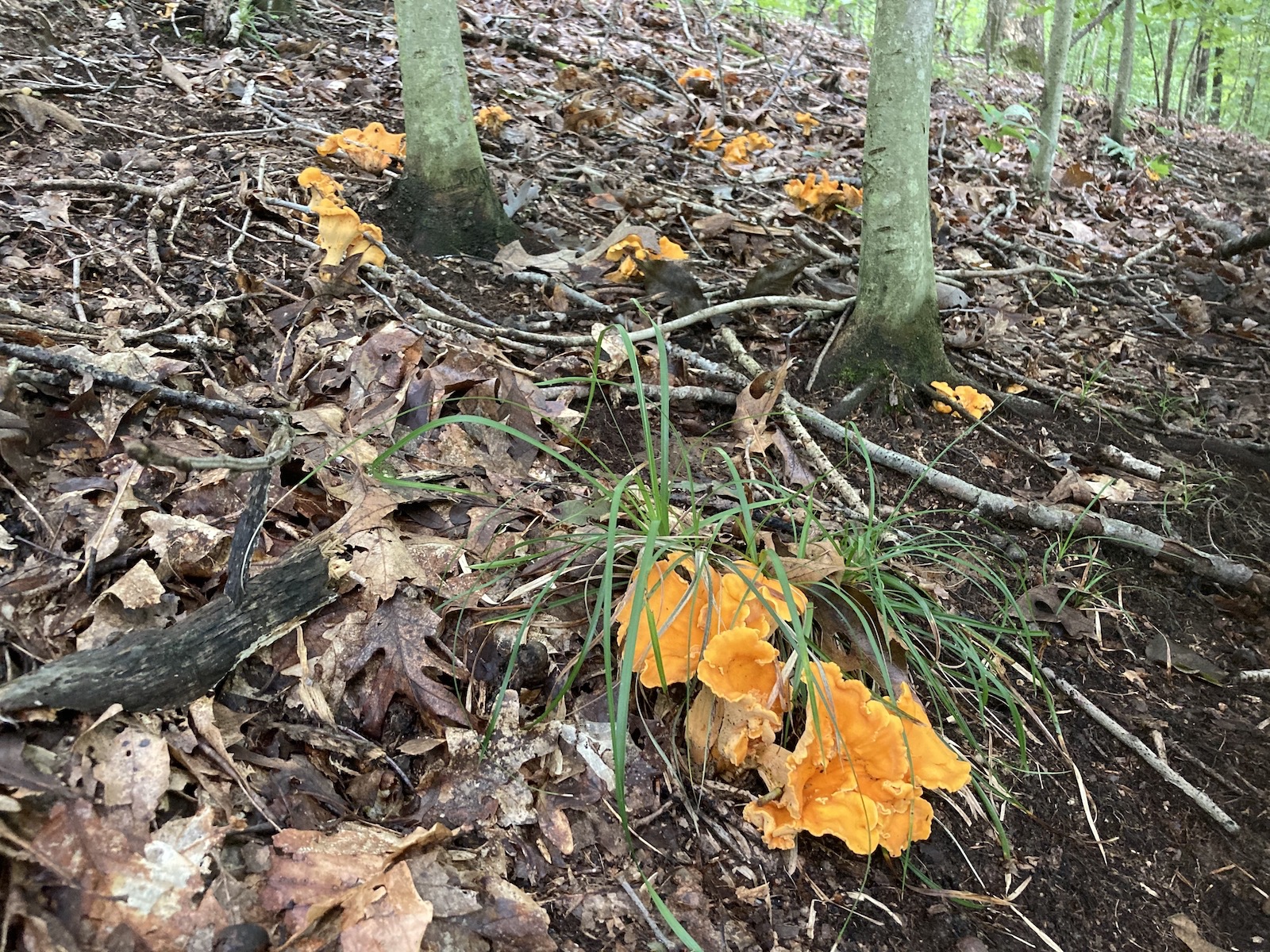 Over the last few weeks, I probably have collected about 10 pounds.

They are not only beautyful, they also taste extremely well. So here are two micro-recipes:

Fry at medium heat. For immediate consumption, I use a bit of olive oil, garlic, pepper, sprinkle with cilantro. In that form, they freeze well, or better are eaten right away. I like them with tagliatelle noodles.

A second option is to use lots of butter. When almost done, add a bit tomato paste and vinegar, and blend it carefully with more butter until smooth. Spice it up, if you like, but make sure not to overpower the delicate taste of your chanterelle butter. 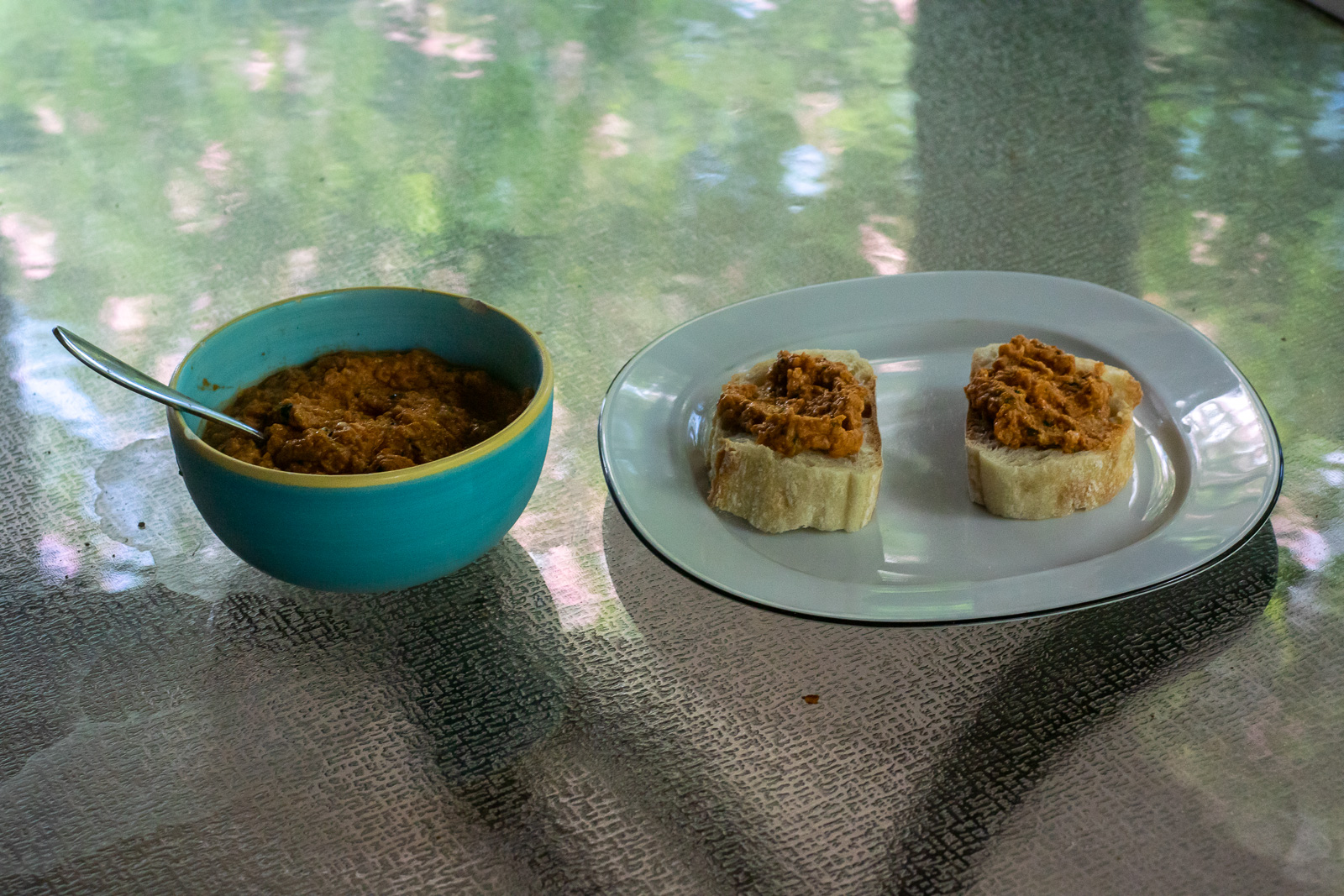 This will go well with the right kind of bread, for instance a decent loaf of baguette (one doesn’t always need to have a thick crust…)

The butter will also freeze well. If there is anything left.

In order to have a planar realization of Alan Schoen’s tetrons and cubons, we need to add a few coins to our currency. Here are the 24 coins you’ll need:

Below is an example how to decorate three cube skeletons with them. This doesn’t look as pretty as the 3D-cubons, but one can much more easily play with them. Coins need to be placed on the vertices of a graph so that the two arrows that share an edge have the same color and point in consistent directions.

What other pretty cubic graphs are out there? The Foster census lists one cubic symmetric graph with 24 vertices (the Nauru-graph), and it is a challenge quite in Alan’s spirit to try to decorate it with his 24 cubon-coins. This is indeed possible:

The above representation of the Nauru graph lives in a hexagonal torus. It is also the dual graph of the Octahedral 3¹² polyhedral surface, which is the genus 4 quotient of a triply periodic polyhedron by its period lattice. Here is a picture of it. Note that this is twice a fundamental piece, as the period lattice is spanned by the half main diagonals of the cube.

Octahedral 3¹² is intimately related to Alan Schoen’s I-WP surface. Everything we do at a certain depth is connected to everything else, it seems.

Now that the summer here has (temporarily) cooled down a bit, I took the chances and visited the Columbia Mine Preserve, 90 minutes away, in order to see the prairies in full glory. I had to pay a price, but it was worth it. 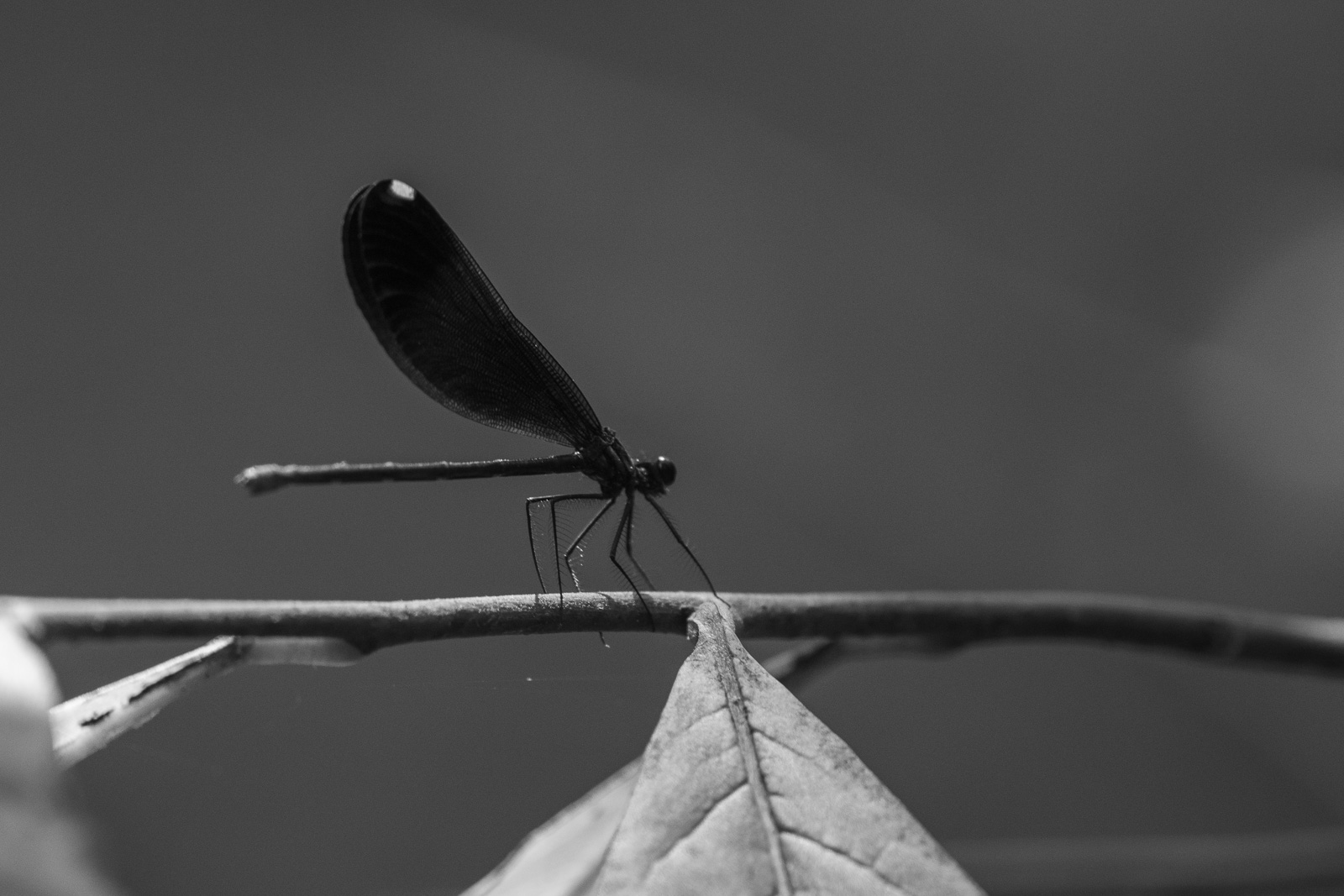 They are teeming with life, with many insects, and fortunately for me, also many insect eating insects.

Most of us humans deny them consciousness, so maybe they don’t know how beautiful they are. 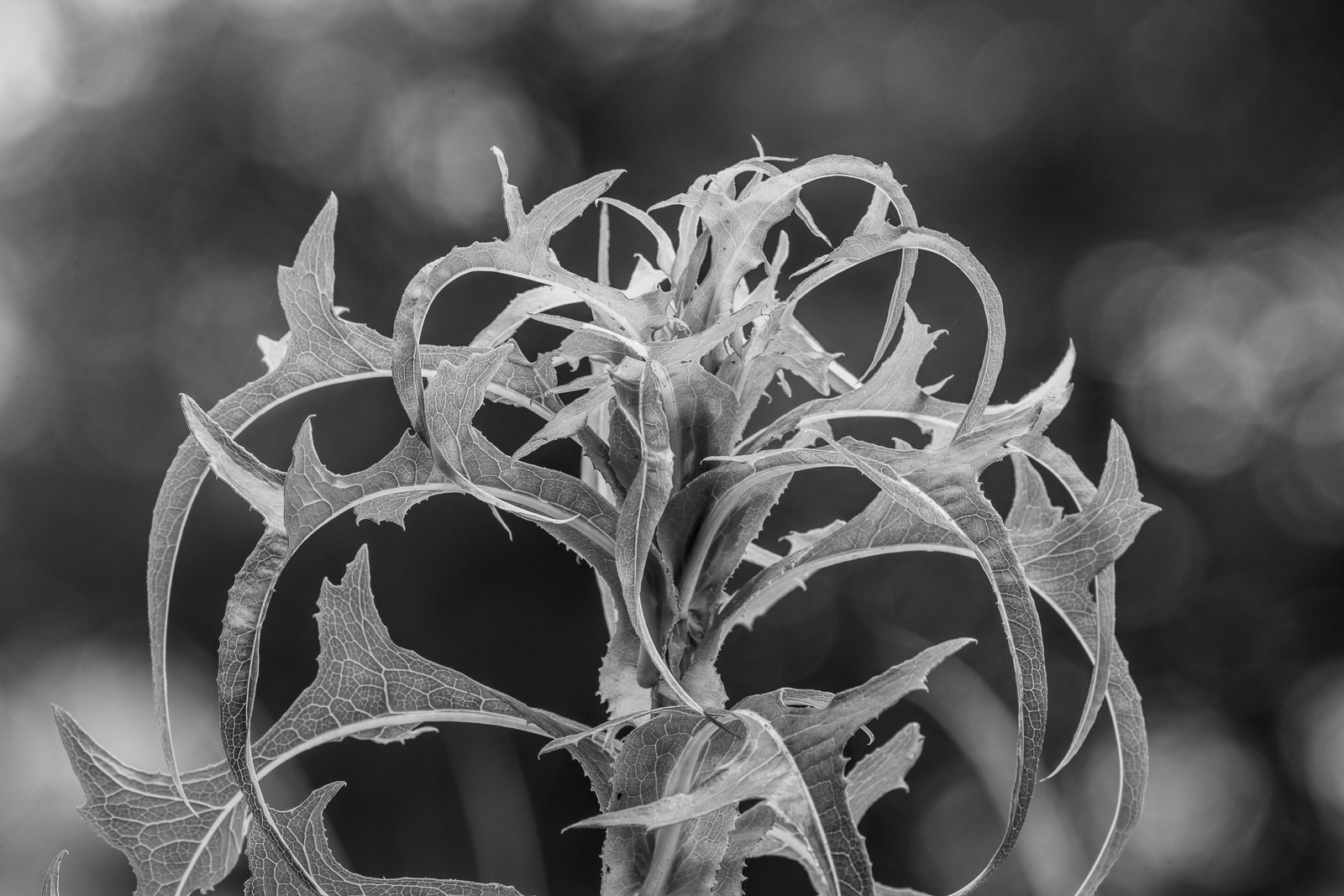 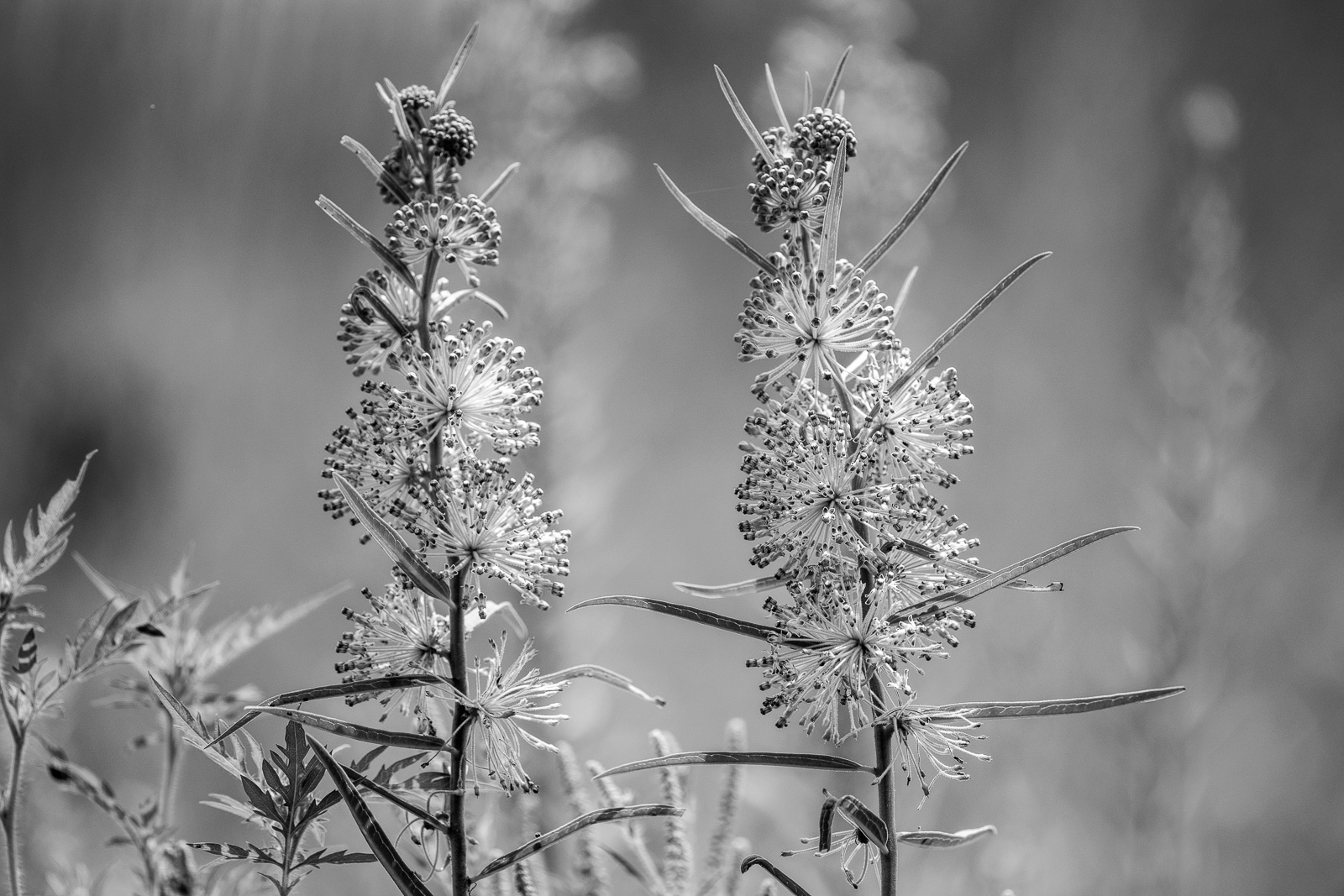 Maybe we shouldn’t be so arrogant, but instead be thankful for what we are allowed to witness, for a limited time.