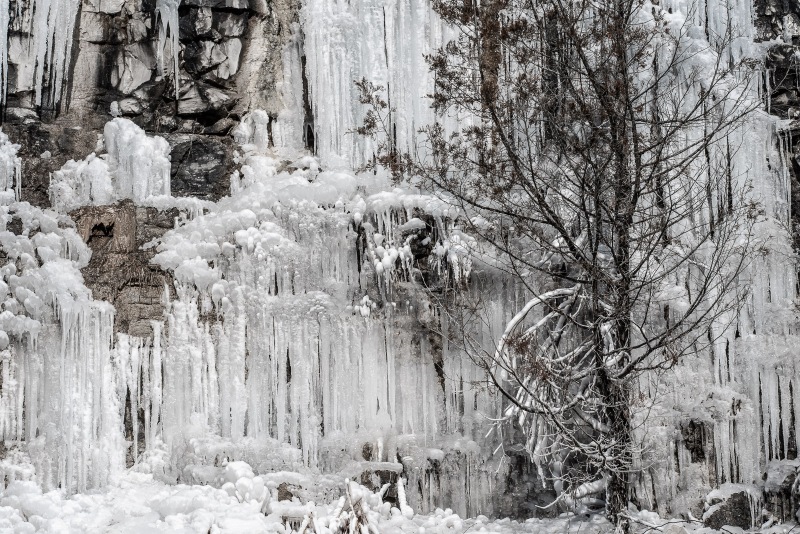 When you stand there looking at stuff, inevitably people stop and look, too (the major cause of traffic jams). This time, I drove the other lone hiker away by claiming that through shear conecentration, I would make the icicles fall. As it was way above freezing, I had not much to do for a proof… 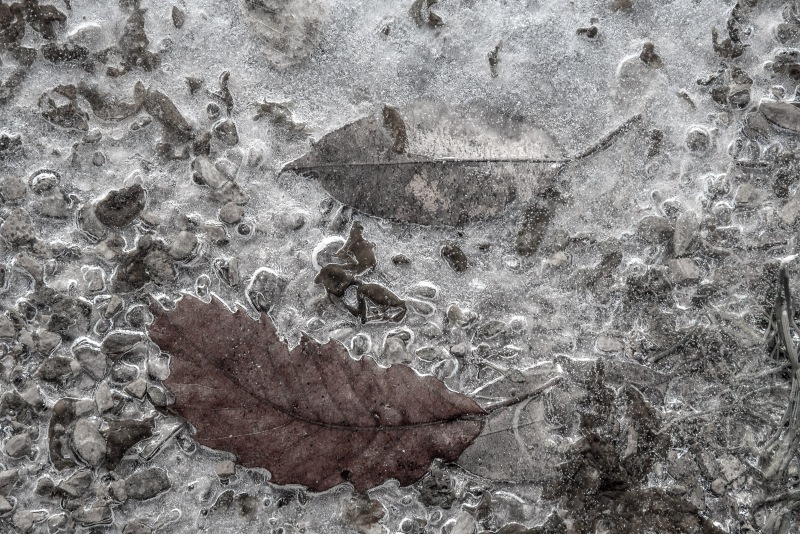 More serious was the encounter with the quarry warden who had been driving in his little electric cart forth and back along the rim trail, trying to clear the ice that had caused the responsible people to close the trail (it wasn’t that slippery).

He had evidently spotted me down in the quarry, off trail, wading over frozen ponds, crouching down and using weird equipment.

It took him 20 minutes to get to me. He turned out to be harmless, so I decided to pretend the same.

I started talking about how the bubbles and the ice crystals had begun to emulate the shape of the frozen plants, and I was wondering whether there were any special spirits behind it. Off he went, leaving me alone with my little world. 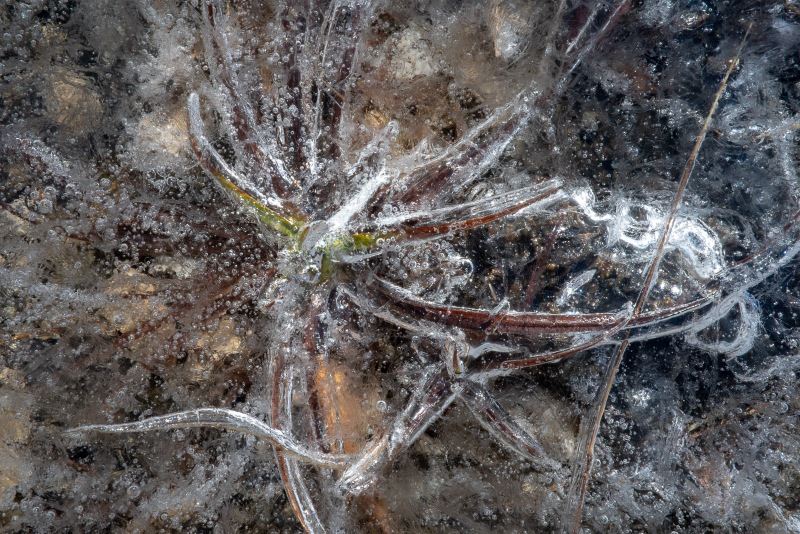 If I suddenly stop blogging, chances are somebody has seen through me.