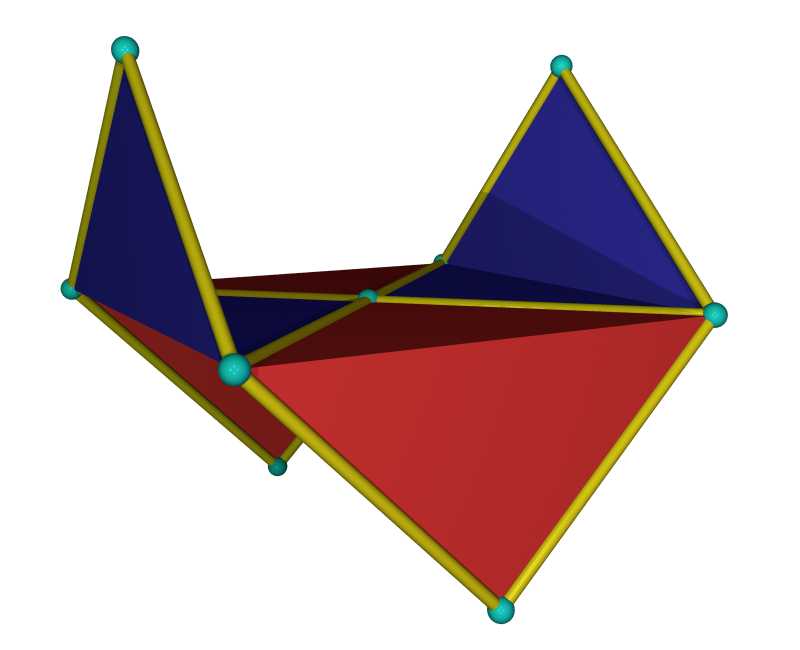 When we use squares bent by 90 degrees about one diagonal and extend by the rotate-about-edges rule, we get Petrie’s triply periodic skew polyhedron {4,6|4} which has six squares about each vertex. The two tunnel systems it divides space into are another crude approximation of the primitive surface of Schwarz. Coxeter observed that this polyhedron can be used to construct Laves’ remarkable chiral triply periodic graph as follows. Choose any diagonal of any of the squares of {4,6|4}. Take an end point of the diagonal, adjacent to which are six squares. Look at the six diagonals of the squares that share the end point as a vertex, and take every other of them, starting with the already chosen diagonal. Keep extending the emerging graph like this. You obtain the 3-valent Laves graph. At each vertex, the edges meet 120 degree angles. It turns out a mirror symmetric copy fits onto the {4,6|4} without intersections. These two graphs are the skeletons of the two components of the Gyroid, a triply periodic minimal surface discovered by Alan Schoen. You can read all about the discovery at his Geometry Garret. 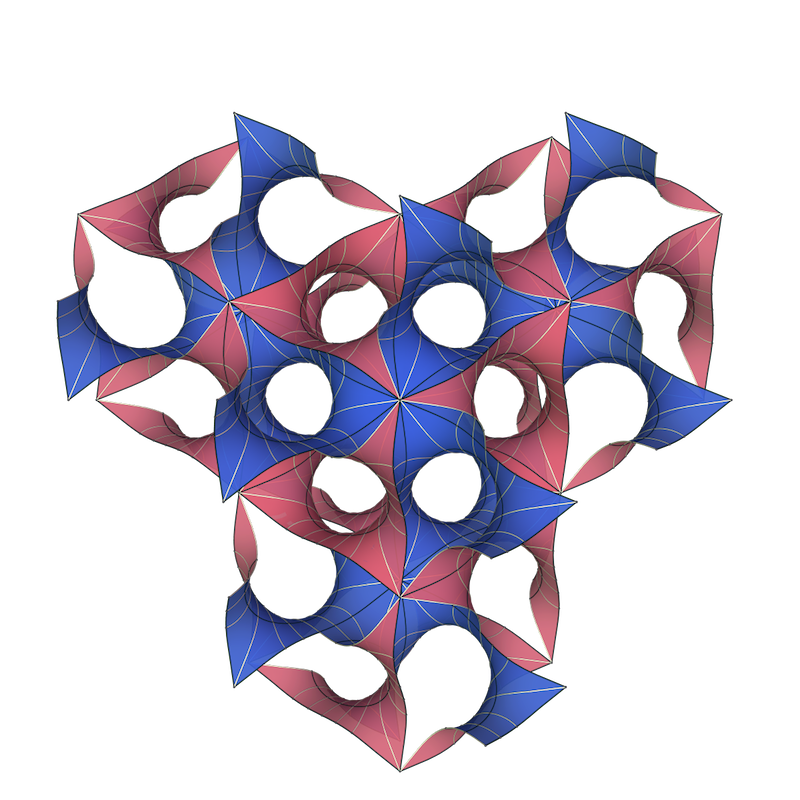 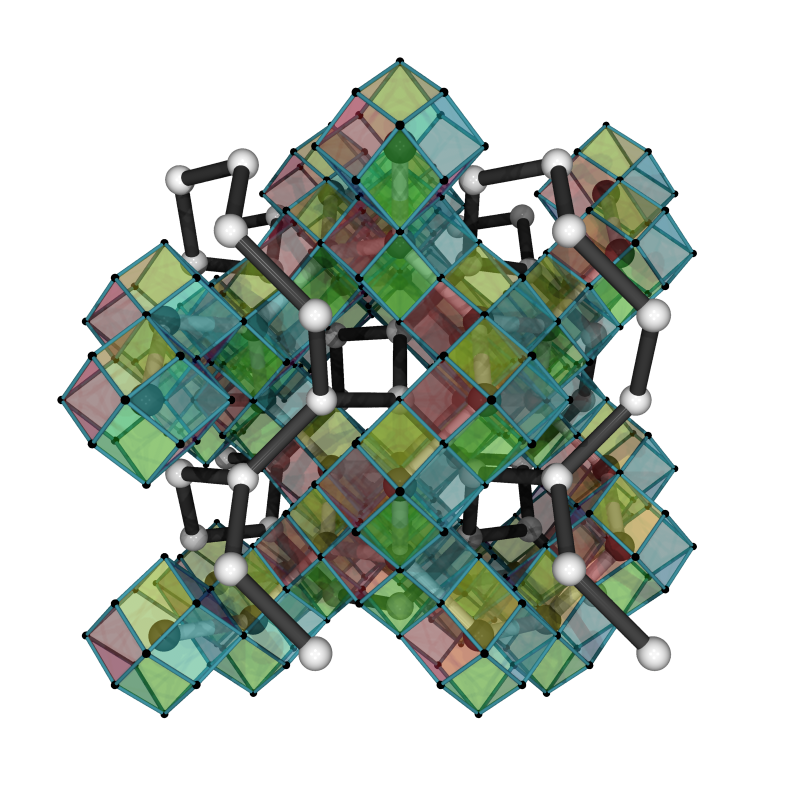 This can be done both for the Laves graph and its mirror still leaving a gap in which one can fit the gyroid. Alan Schoen also discovered a uniform polyhedral approximation of the gyroid, consisting of squares and star hexagons. To build it, take a star, attach a square to every other edge, bending the squares alternatingly up and down. Then attach six more stars to the free edges of the first star, fitting them to one free edge of one of the squares each: 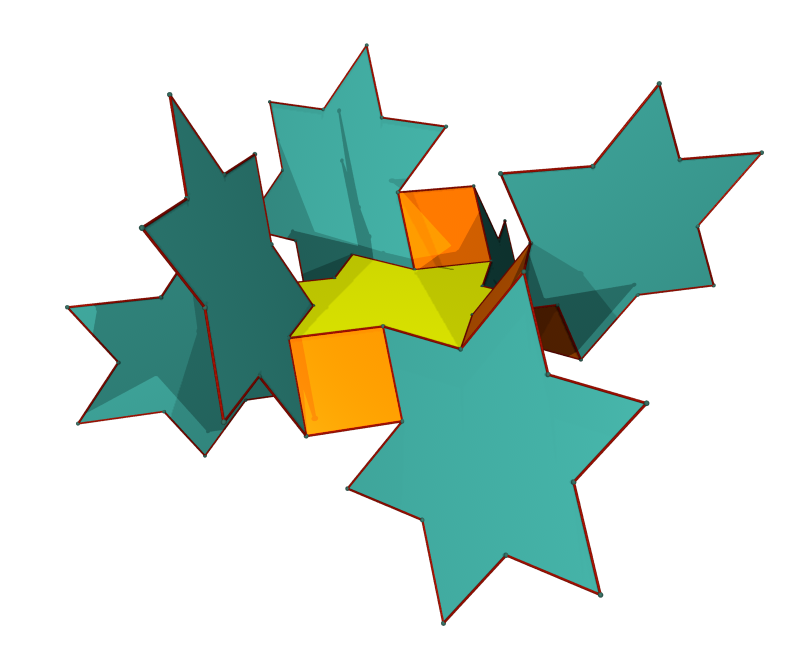 Two copies of this piece (without the downward pointing stars and and squares) make a translational fundamental piece of the uniform gyroid. 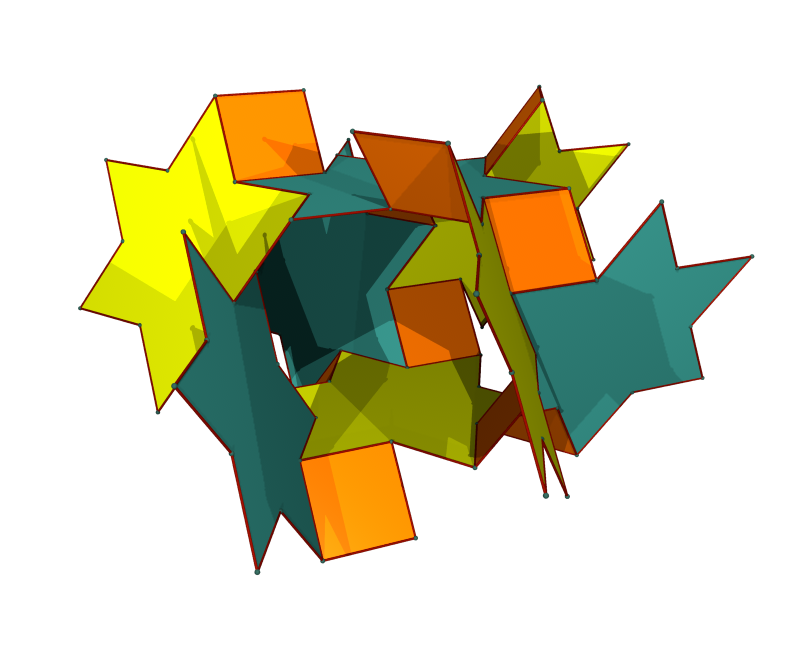 Images of larger portions are hard to parse, but it makes a wonderful model. 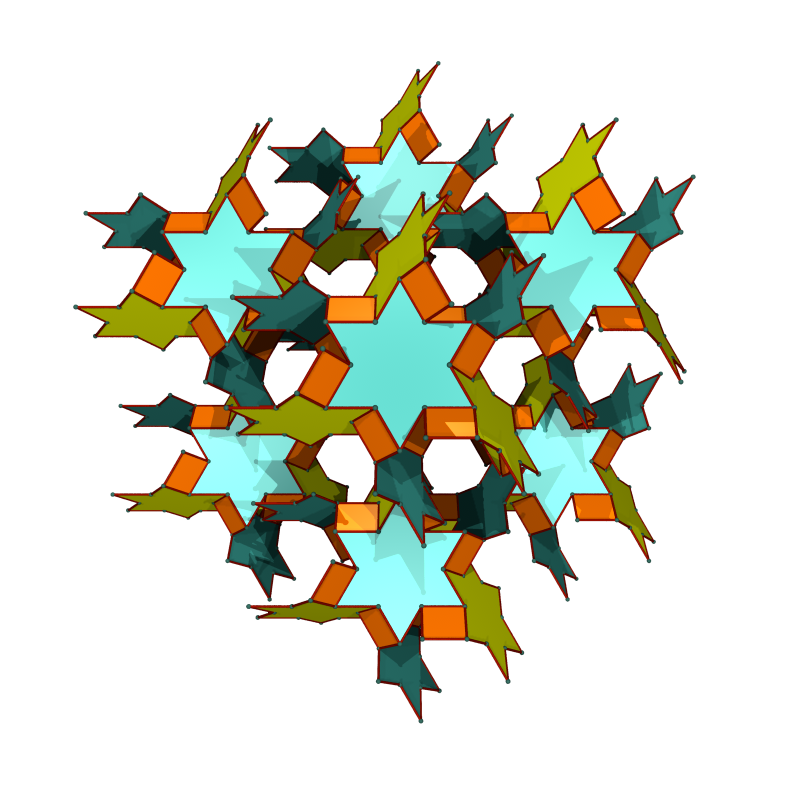 One thought on “The Gyroids (Algorithmic Geometry III)”