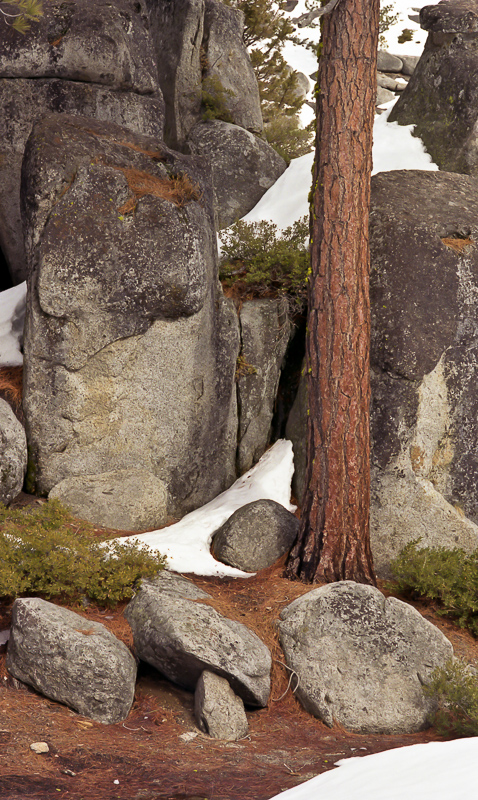 In 1993, when it still rained in California, winter was a desperate time for weekend backpackers, because the Sierras were packed with snow. 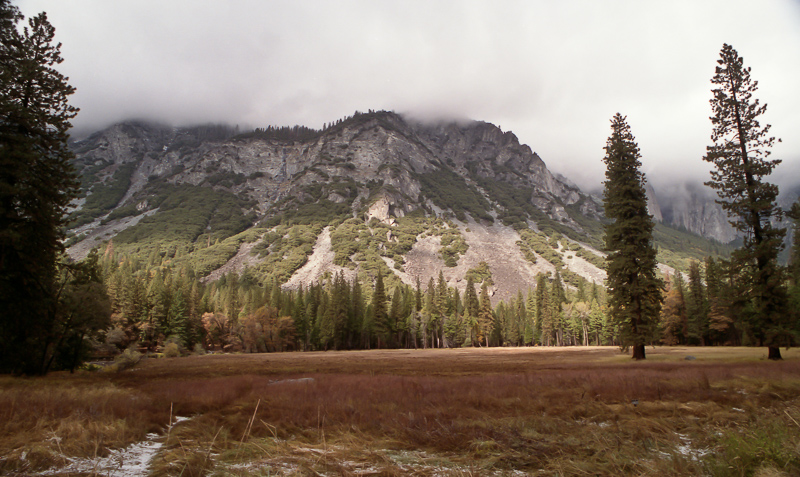 On the other hand, if you dared, you could have places all for yourself that would be packed with humans in the summer. But don’t let this snow free picture of Yosemite Valley betray you. 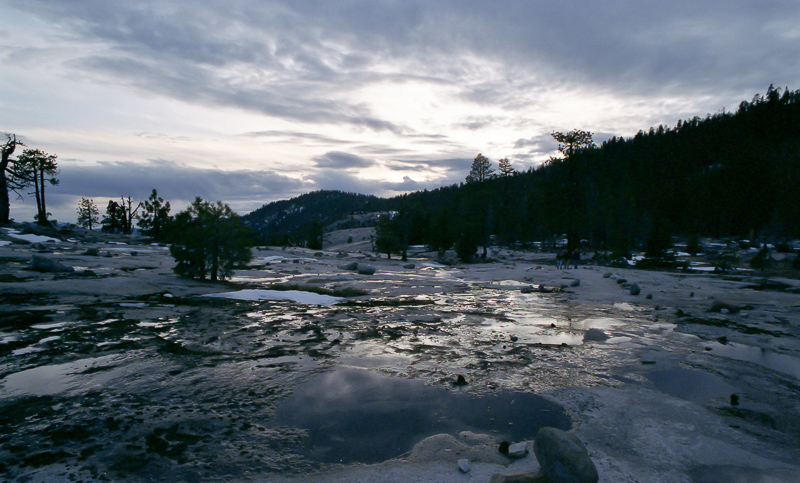 A little further on, the vast granite plains were slush covered, and even further, we there was deep snow and no trace of the trails. 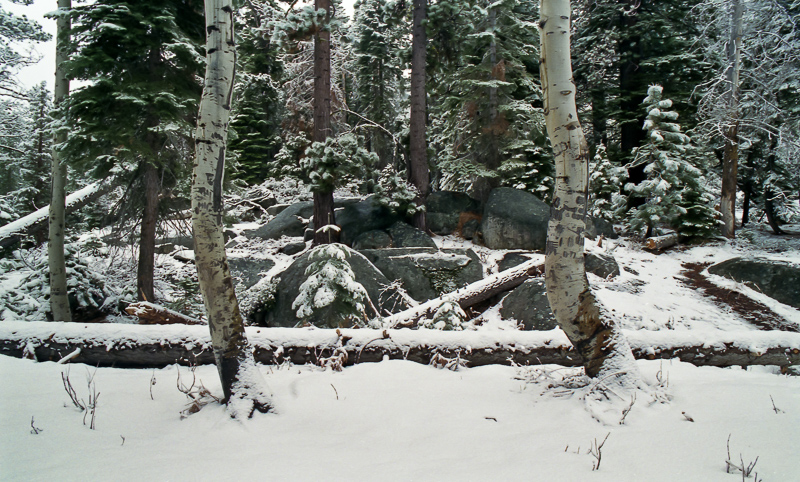 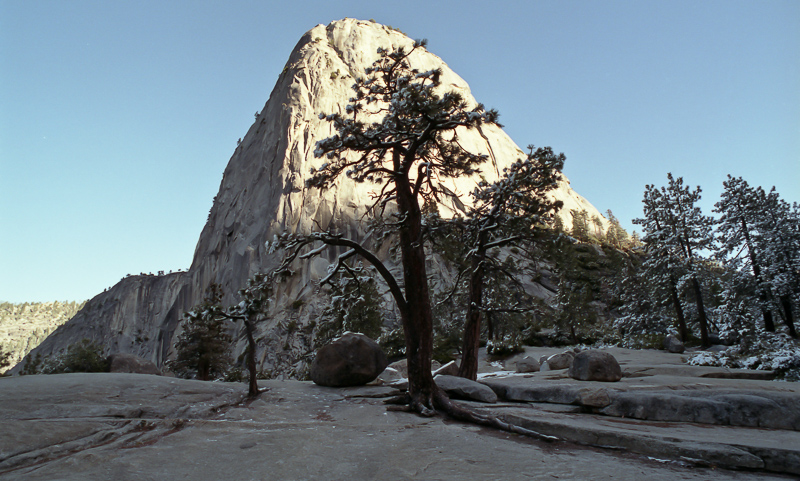 The peace was treacherous. Picking this spot below as a camp site and ignoring the pretty clouds below was a dumb idea. The night became the second stormiest night of my life. 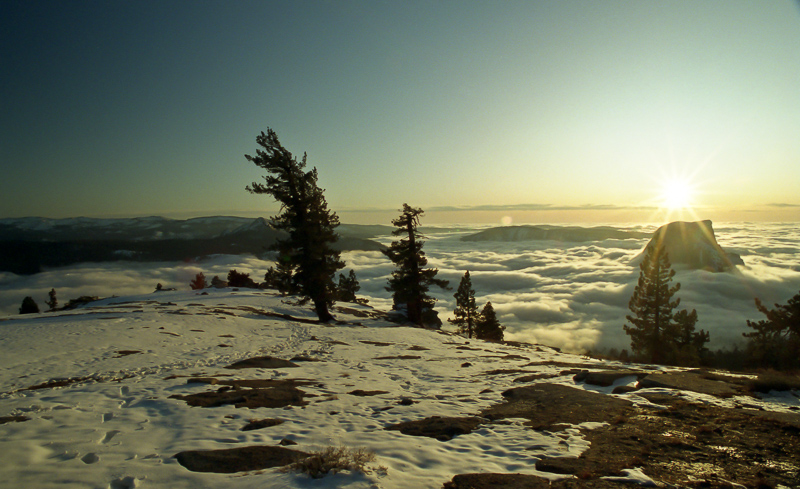