I meant to post today a sequel to the circular triangles from last week, but I got carried away looking at right angled quadrilaterals bounded by circular arcs. Like the pillows, but more general. Like so:

The question arises for what choices of four points we can find a right angled quadrilaterals bounded by circular arcs?

Below you can see the entire family at once, you just have to follow all dots with the same color.

Can we do that for any choice of four points? Not so, but: Möbius allows us to move three points anywhere we like (and he will send circulions to circulions), so we can ask: where are we allowed to place a fourth point so that there is a circulion through all of them?

Möbius also tells us that this is easy if we place all four points on a circle (by sending that circle to a line, and then connecting the four points on the line alternatingly by segments of the real line and half circles, for instance). Here is an example where the first three points are at the corners of an equilateral triangle, and the fourth point is on the circle through them. 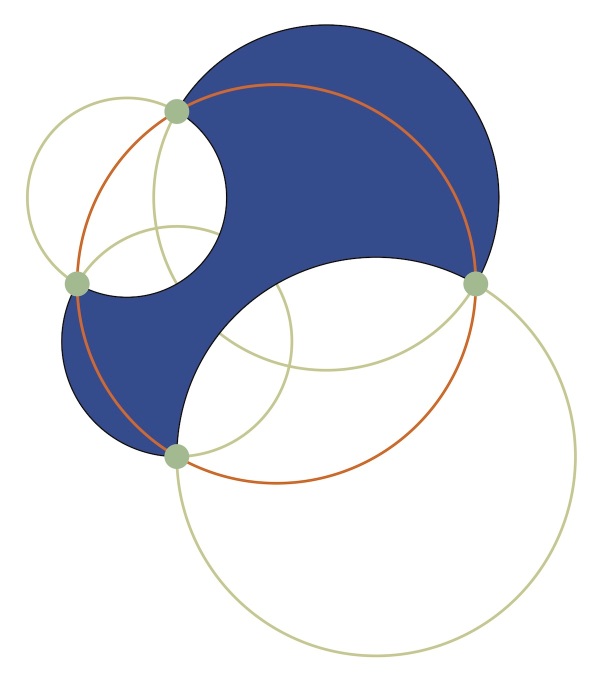 Again, there is a 1-parameter family of such circulions through these points. 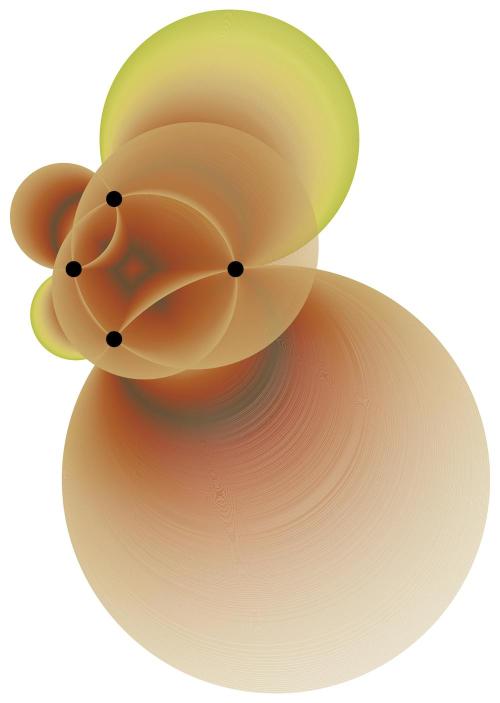 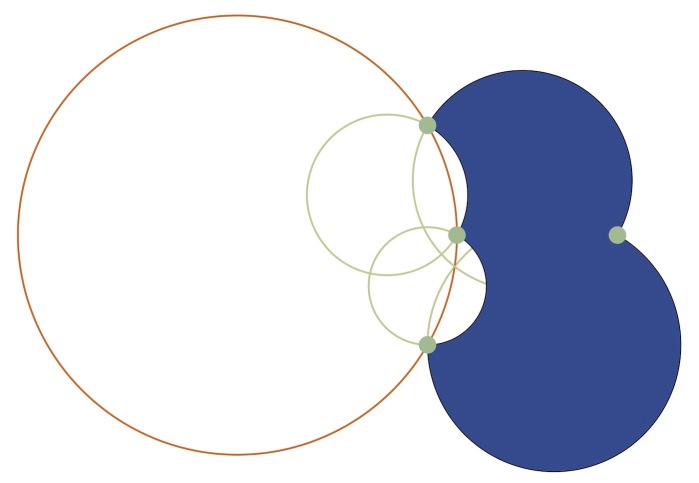 Below is again an entire family, color coded and adorned with moiré.