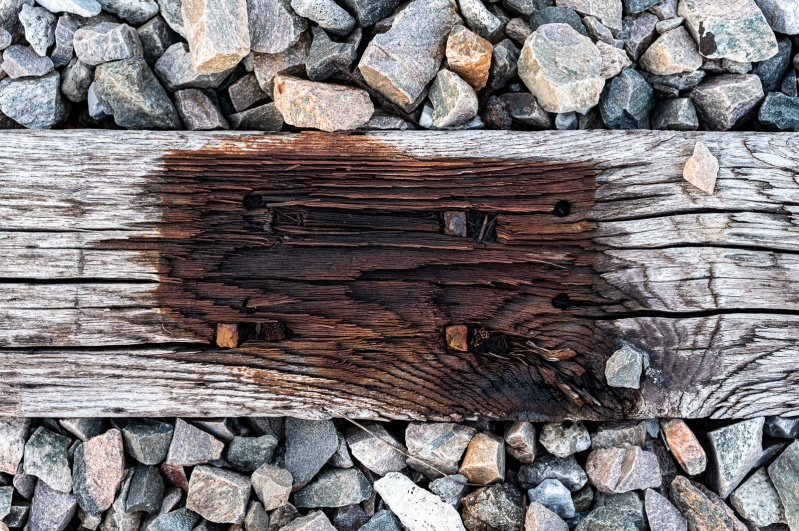 The next time you worry about getting old, think twice. It could be so much worse, you could be an aging railroad, or, worse still, an abandoned aging railroad.

There are plenty of those in Indiana (and I bet in your neighborhood as well), some so abandoned that they are impossible to find anymore. 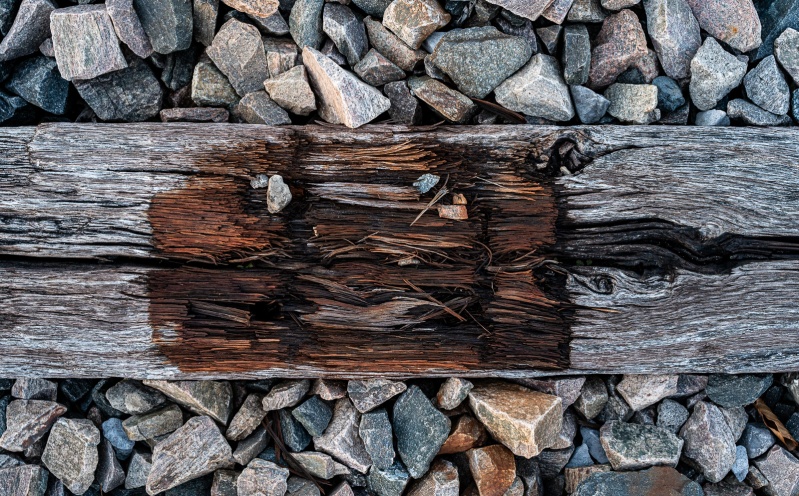 The CSX line that connects Bedford with Louisville has a few abandoned sidetracks where the rails have been dismantled. The photos here are from one in Orleans.

While walking the remaining tracks in search for a particularly rusty railroad spike for my collection, I became increasingly fascinated by the different ways the wood of the tracks had deteriorated, in particular where the rail tie plates had been nailed into the rail ties to support the rails.

Aren’t we all beautiful?