My fourth stop on the excursion north was not planned, I just happened to pass by Cicott Park, named in honor of the owner of a trading post at this place, and decided to have a look.

According to the small brochure, the area has never been plowed, and is therefore relatively intact. The two trails lead through a lush forest and give access to the Wabash.

It was here that I met the first other hiker that day, a local. Despite there being absolutely nobody around, he was wearing a mask, and excused himself right away: He was recovering from chemotherapy and needed to protect his immune system.

He also said he was essentially the only person using these trails, and that the town was considering to abandon the place. 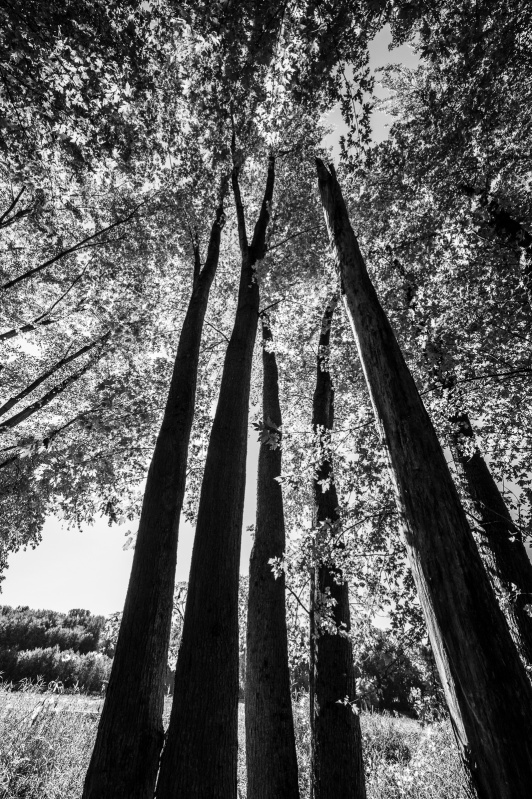 For him, walking here almost daily had acquired a special meaning.

The park also has a Potawatomi Trail of Death historical marker, in memory of the forced removal of over 800 members of the Potawatomi Nation.

Some trails you can only walk once.