One of the striking features of hyperbolic geometry is the possibility to construct shapes that are impossible in Euclidean geometry, and one of the most important such shapes is the right angled hyperbolic hexagon. Above is a tiling of the hyperbolic disk by copies of one of them.

They are useful to make pairs of pants by sewing two congruent such hexagons together to a single pair of pants, and then to continue sewing several such pants to eventually create coordinates of Teichmüller space. For that and other things, one needs to know that they actually exist, and the basic theorem here is that for any a,b,c>0 there is a unique right angled hyperbolic hexagon that has these numbers as the lengths of its odd edges. 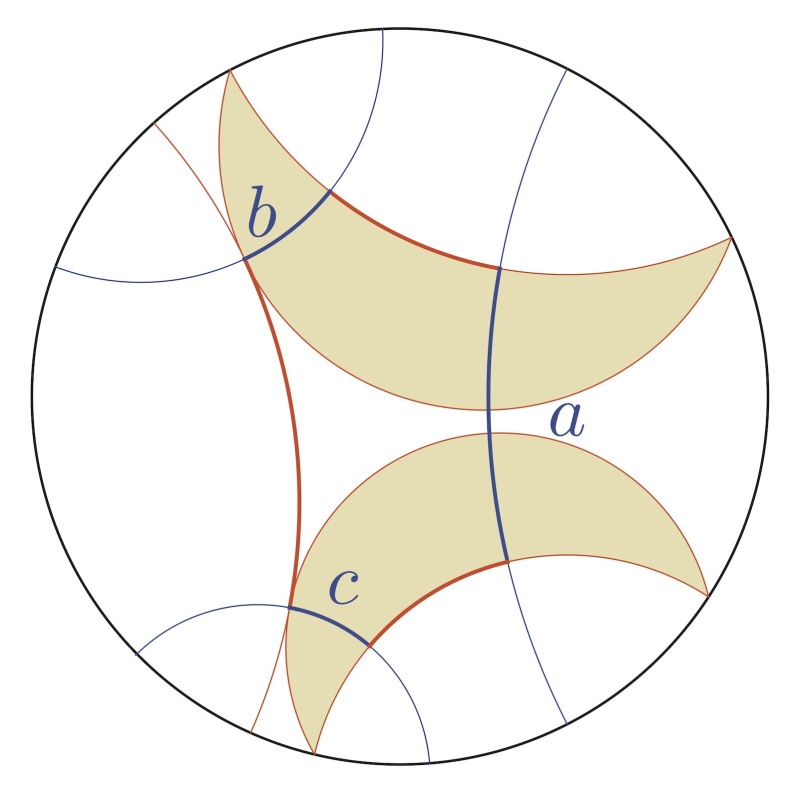 Above is a short version of a proof of that theorem which I learned from Hermann Karcher. It employs parallel curves to geodesics in the hyperbolic plane. To see what they are, let’s switch to the upper half plane model. Geodesics (green) are vertical lines or circles orthogonal to the real axis (black). 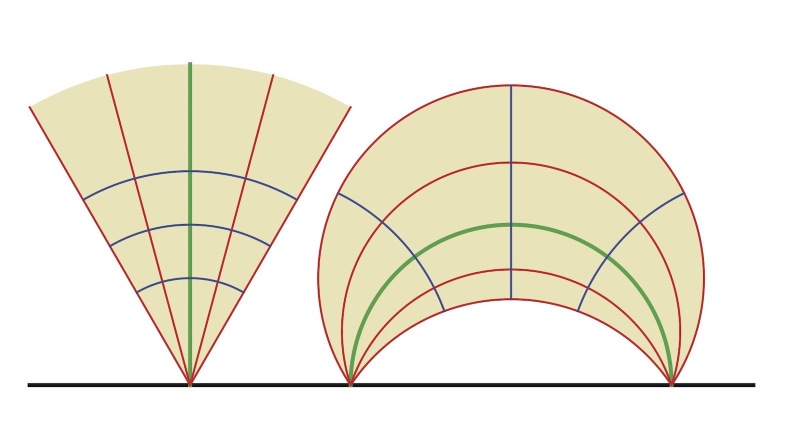 A parallel curve (red) at distance d to such a geodesic is obtained by taking a point distance d away from it and applying hyperbolic translations along that geodesic to this point. These hyperbolic translations are simplest for the vertical geodesics, where they are just scalings with center at the end point of the geodesic. Therefore these orbits are also lines, or, in the case of circular geodesics, other circles ending at the same points as the geodesic (as follows using Möbius transformations) 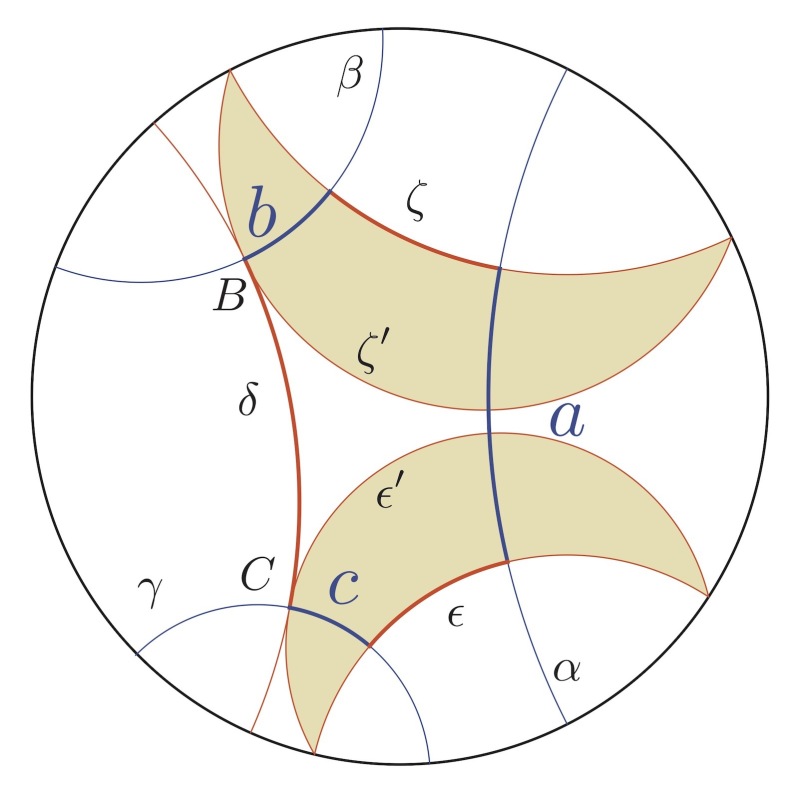 Now let’s come back to the existence of right angled hexagons. Let’s start with a (blue) geodesic segment 𝛂 of length a. Two adjacent edges 𝛆 and 𝛇 begin at the end points of that segment and are orthogonal to it, but we don’t know yet how long they are. We construct parallel curves 𝛆’ and 𝛇’ to these geodesics, distance c and b away from them. Now take a geodesic 𝛅 that touches 𝛆’ and 𝛇’ in points B and C. The geodesic segment together with the perpendiculars from B to 𝛇 and C to 𝛆 completes the right angled hexagon with the prescribed edge lengths. 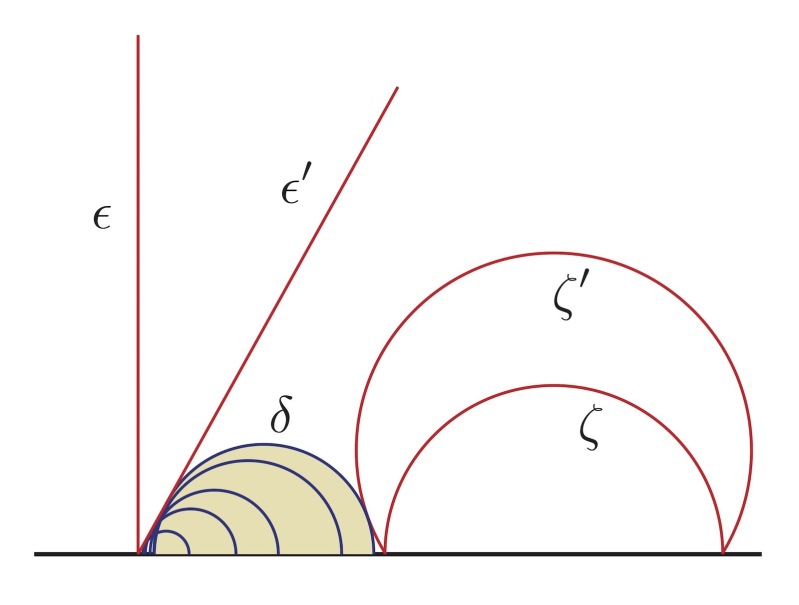 To see the existence of the touching geodesic 𝛅, it is useful to switch again to the upper half plane, where we can assume that 𝛆 and 𝛆’ are straight lines. Then the existence of 𝛅 can be seen by looking at geodesic half circles 𝛅 near the end point and touching 𝛆’ and away from  𝛇’. Increasing their radius , monotonicity implies that there is a unique such half circle that also touches 𝛇’ (from the correct side). This then also establishes the uniqueness of the right angled hexagon, up to a hyperbolic isometry.