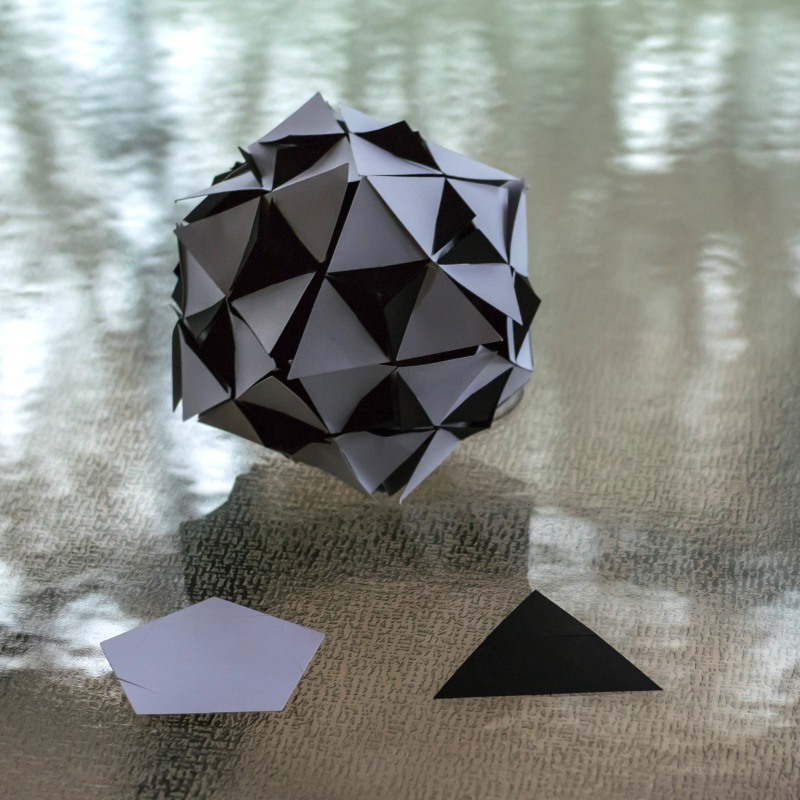 It is also this time of the year to chase away the dark hours by making presents. As in previous years,
we will make a stellation out of paper without glue. This year, we are going to stellate the Icosidodecahedron, one of the fancier Archimedean solids.

The stellation is quite simple, it is also a compound of the dodecahedron and icosahedron. The simpler compounds of a Platonic solid with its dual are also doable, see the post from two years ago.

To make it, we will need 20 triangles and 12 pentagons, so printing and cutting two of the templates below will do. I suggest to print four templates in two different colors and to make two models.

Then we start by sliding five triangles into one pentagon like so:

Then we add five pentagons between two adjacent triangles. 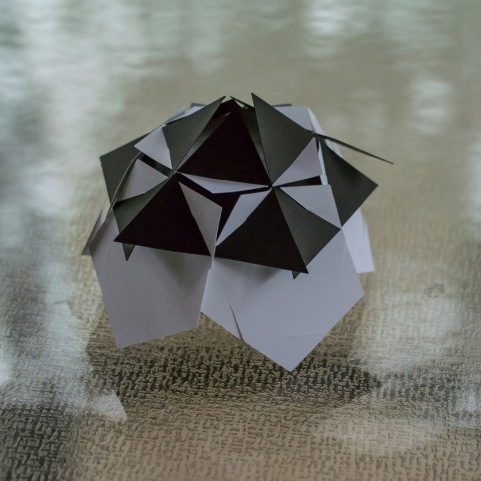 Next another five triangles:

Now we have finished one half of the model. This already would make a nice dome for the backyard.

You can make another half and try to attach them, but I think it is easier to just keep going.
This next step is a little tricky, because to prevent the polygons from falling out, it is best to add a ring of alternating pentagons and triangles. When done, it looks like this:

The last two steps (add five more triangles and one more pentagon) are then pretty clear, but still tricky because you have to insert the new polygons in four or five slits essentially at once.