This image (a variation of which I used for many years as a desktop background) is a close-up of the large sculpture below that can be seen at the Mathematical Research Institute in Oberwolfach. 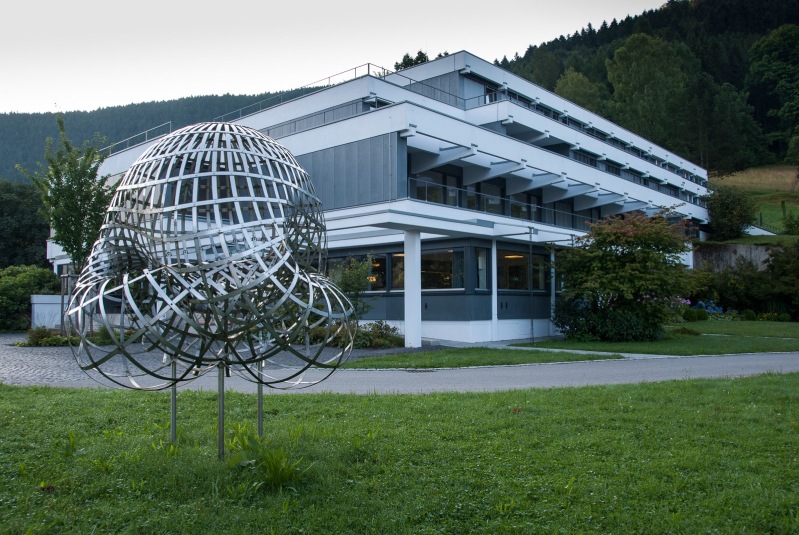 It is a model of the projective plane, a construct that simultaneously extends the Euclidean plane and describes the set of lines through a fixed point in space.
The simplest way to make your own model is via the tetrahemihexahedron, 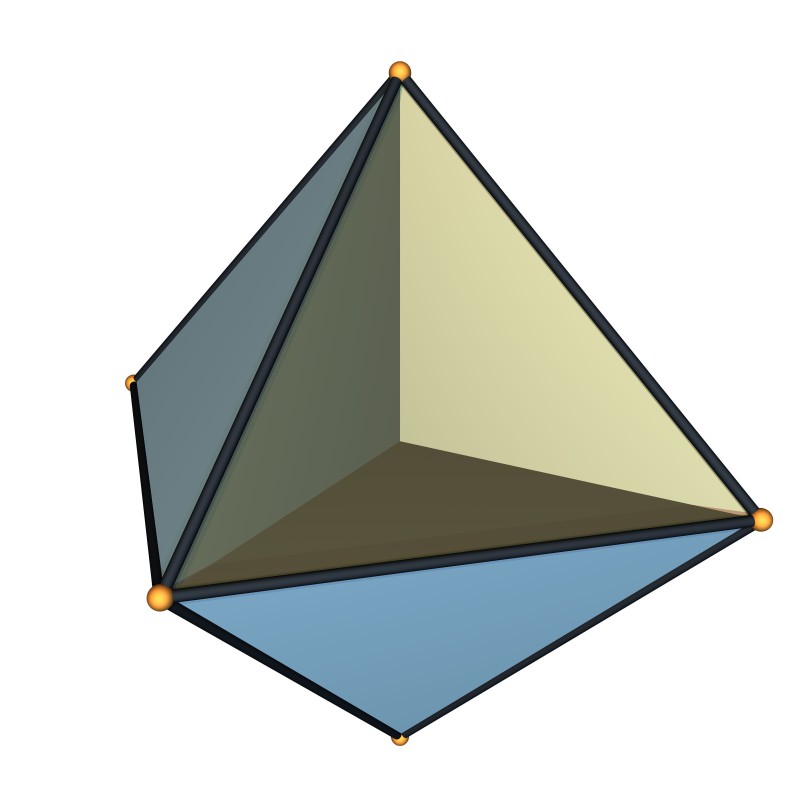 a polyhedron that seems to take every other triangle from the octahedron and twelve right isosceles triangles to close the gaps left by the removed four equilateral triangles. That, however, is not the only way to look at it. These right isosceles triangles fit together to form three squares that intersect at the center of the former octahedron, in what is called a triple point.

where arrows and equal letters indicate to glue. From this flattened version we recognize a (topological disk) with opposite points identified, which is yet another abstract model of the projective plane. The tetrahemihexahedron suffers not only under the triple point at the center, but also under six pinch point singularities at the vertices. Maybe it was this model that made Hilbert think that an immersion of the projective plane into Euclidean space was impossible, and having his student Werner Boy work on a proof. Instead, Boy came up in 1901 with an ingenious construction of such an immersion, which has an elegant connection to minimal surfaces.

Robert Kusner constructed a minimal immersion of the thrice punctured projective plane into space, with three planar ends, that you can see above. Applying an inversion, as suggested by Robert Bryant, produces images that are very close to what Boy had in mind.

This explicit parametrization served as the basis for the model in Oberwolfach.