There are essentially two very symmetric ways to tile the plane with circles. One can use the square tiling, of the more efficient hexagonal tiling.

In space, we can use the cubical tiling to generalize the square tiling, as I did in Spheres V. But one can do better. On one hand, one can put down one layer of spheres in the square tiling pattern, but shift the next layer diagonally to save space: 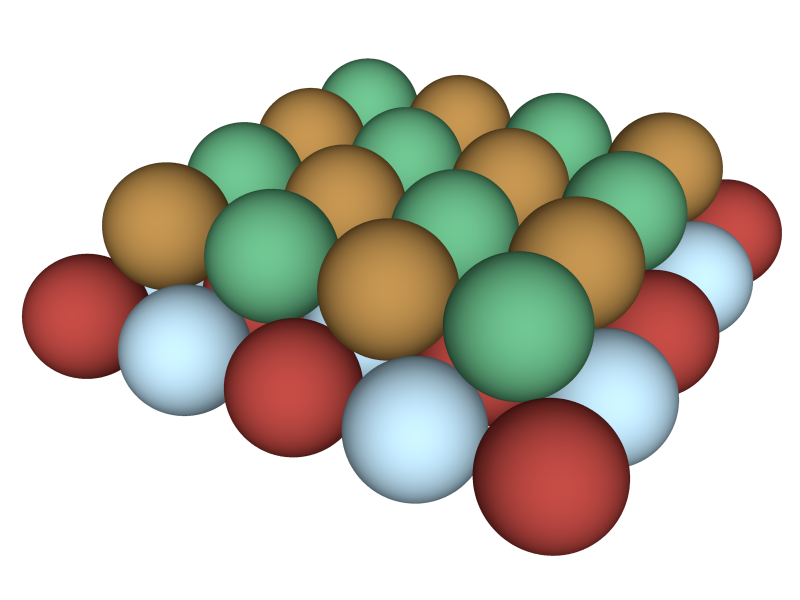 Or, one can put down one layer of spheres using the hexagonal pattern, and again shift the next layer so that its spheres fit snugly into the gaps left by the spheres of the first layer, like so: 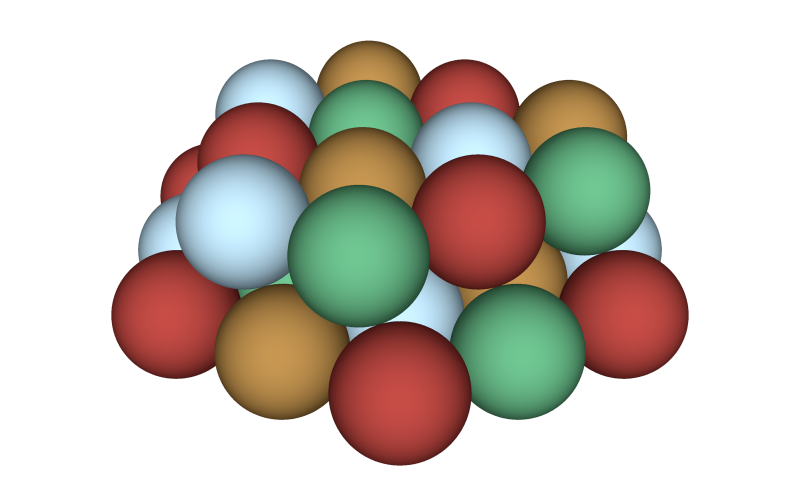 I hope it surprises you like it did surprise me that these two approaches lead, in fact, to the same packing of spheres: 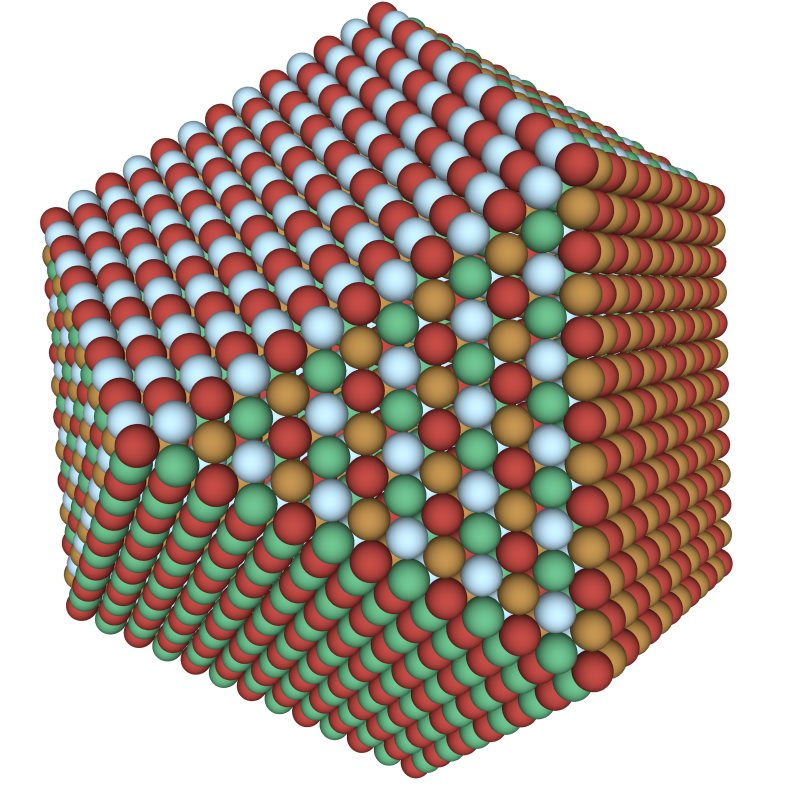 The mystery behind this is the geometry of the cuboctahedron, an Archimedean solid with both triangular and square faces:

Putting highly reflective dark blue spheres in such an arrangement within an off white cage cuboctahedral shell results in today’s sphere theme image: 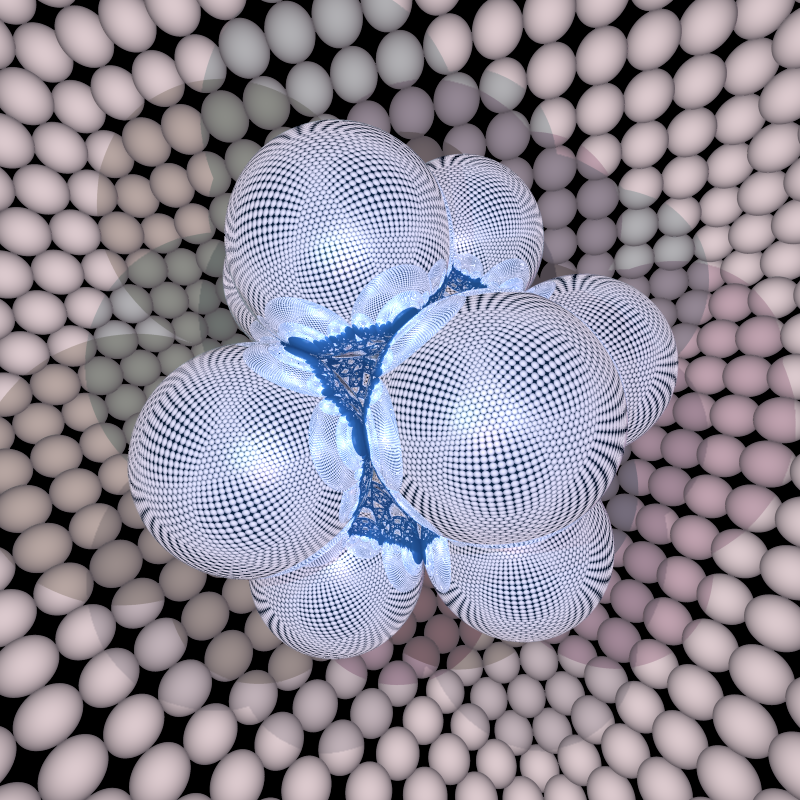