Today I climbed Browning Mountain, with staggering 283 meters the 53rd highest mountain of Indiana according to Wikpedia, while on Peakery’s list it’s at position 57. 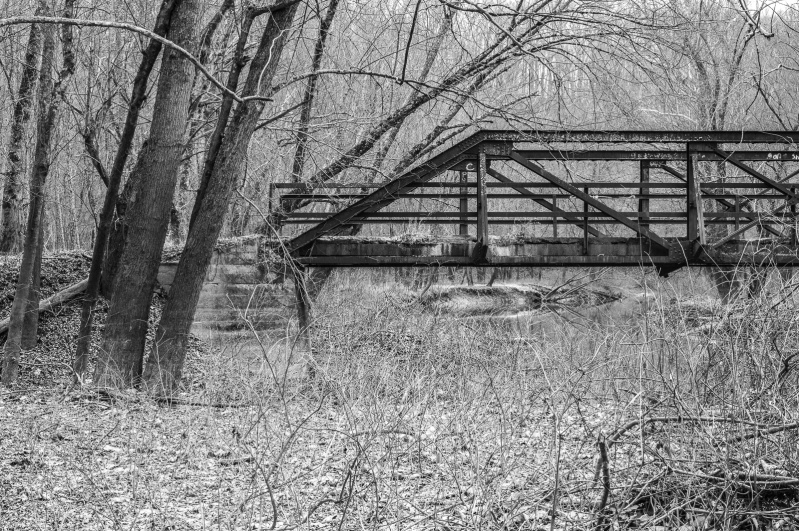 First, one has to find the trailhead, which is located along Combs Road near  Elkinsville, whose inhabitants were displaced in 1964 in order to create Lake Monroe Reservoir. It turned out later that due to a miscalculation of the elevation the town would not flood after all, but too late, alas.

Google maps takes you to the closed bridge above that crosses Salt Creek below. This place feels like the end of the world.

Topo maps got it right. The trail is easy to follow but not marked (there is another access to this trail via the Nebo Ridge trail).

On top are three highlights. Indiana Stonehenge, a collection of boulders that don’t seem to belong there, 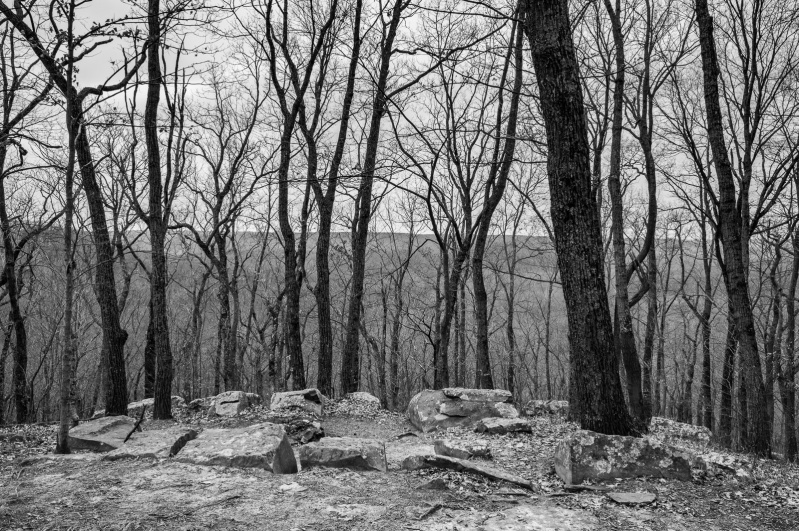 a large sinkhole (maybe that’s where the boulders were quarried?), 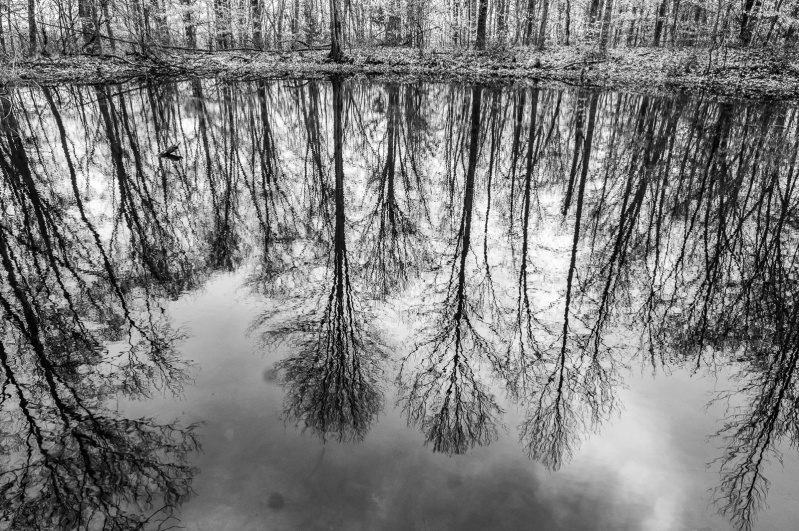 and the foundation of a home together with a perfectly intact fairly deep well.

Apparently stone was cut and used up there, some time in the early 19th century. 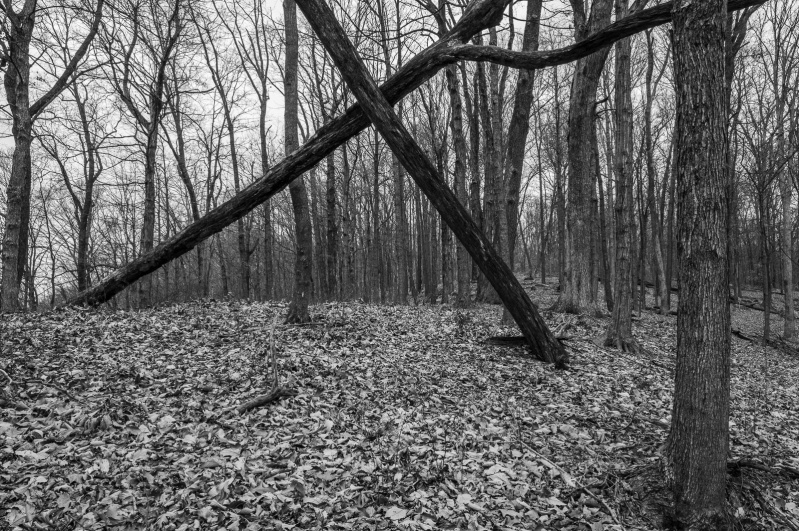