Sometimes one needs a bit of luck and the right introduction to be admitted to a place. 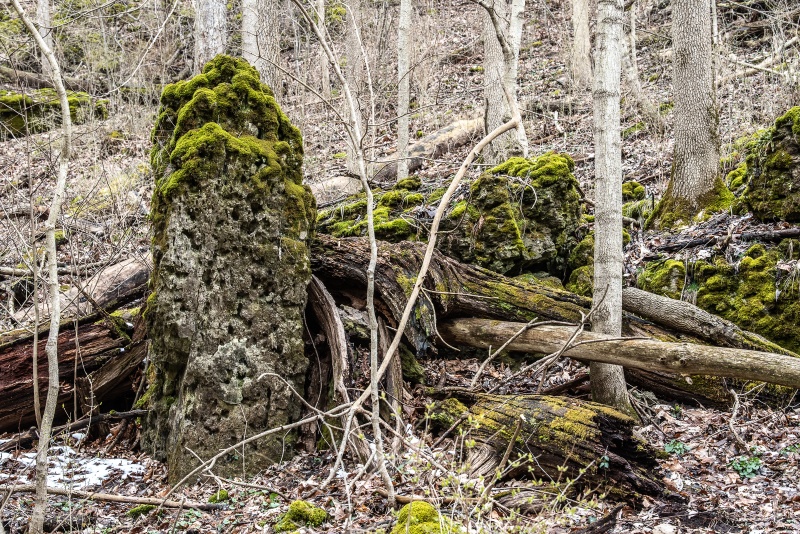 My second stop through Ohio was supposed to be John Bryan State Park, but my GPS told me at some point to leave the road. Obedient as I am I did, and ended up at a closed gate for the youth camp ground. When I started walking to explore where I actually was, I met Robert with his two dogs. We bumped elbows, and he explained to me the energy of the springs at this place, pointing vaguely in a direction where I should walk.

That turned out to be cross country for a few minutes, until I hit the well established trail system of Glen Hellen Nature Preserve, which I might have missed entirely had I found John Bryan State Park.

It’s indeed a curious place. Up above is a burial mound, and below the remnants of a bridge, maybe indicating that some chasms shouldn’t be crossed. The stubborn among us will keep trying.

And it is indeed a place with many springs. The most iconic is Yellow Spring, whose orange-yellow color is due to large amounts of iron.

The color persists for a while, causing ghostly reflections.

Other springs feed small waterfalls. Four of them are named on the map, but there are more.

The one below I discovered accidentally, by curiously stepping off the path. I was not the first.