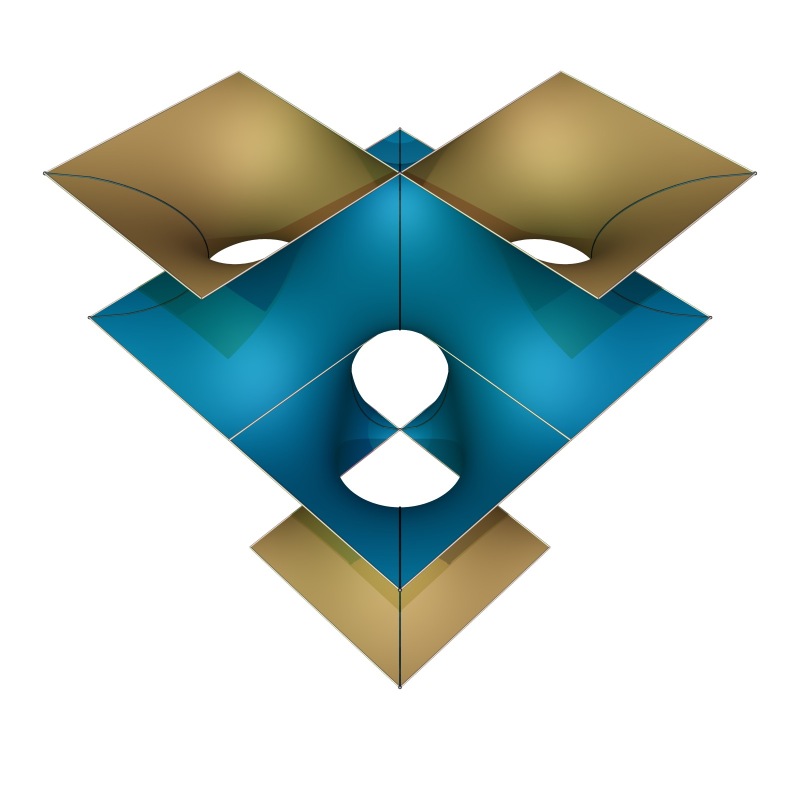 After Alan Schoen was fired from NASA at the end of 1969, he moved back to California and continued to experiment with soap film. In October 1970, he used two identical wireframes bent into figure 8 curves consisting of two squares meeting at a vertex. When he dipped them into soapy water at a small distance from each other and pulled them out, he could poke the flat disks between the two figure 8s and create a minimal surface that looks like the top half in the picture above. It extends triply periodically to a surface of genus 5. 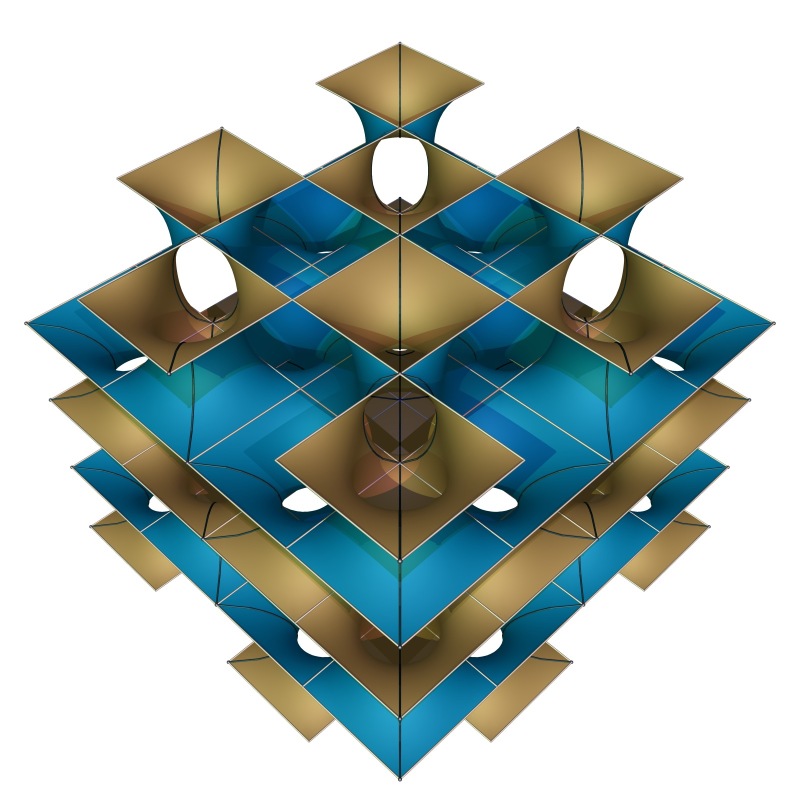 Several pages of notes with descriptions of successful experiments made it to Ken Brakke, who used his marvelous Surface Evolver to make 3D models of the surface. It was named I6, because it happened to be the 6th surface on page I of the notes. Hermann Karcher later called it Figure 8 surface. When you move the two figure 8s close to each other, you will get a surface that looks like a periodic arrangement of single periodic Scherk surfaces: 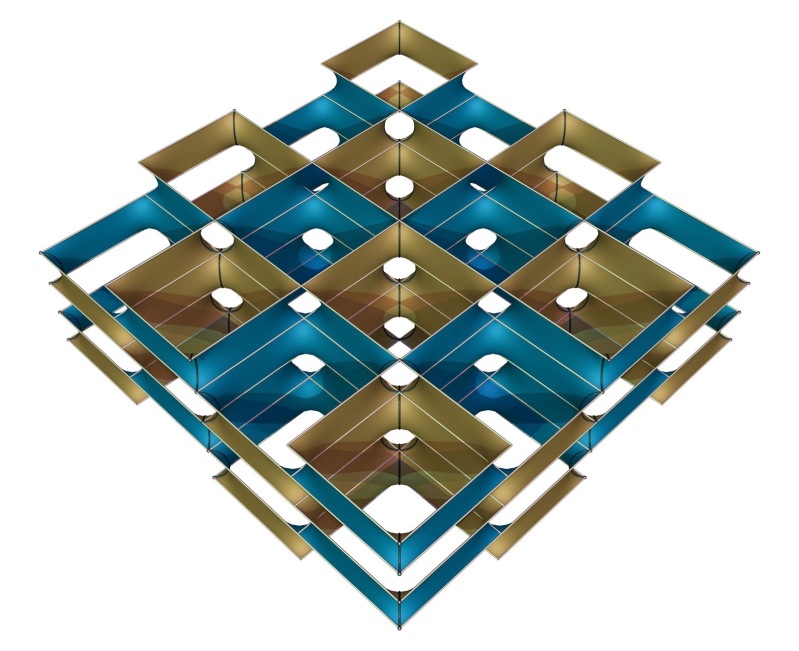 Note that these Scherk surfaces are vertically shifted in a subtle pattern. More interestingly, there is a second, unstable surface you won’t get as a soap film:

What you see here are Translation Invariant Costa Surfaces (or Callahan-Hoffman-Meeks surfaces) we looked at last time. So Alan Schoen’s I6 surface can be considered as a triply periodic version of the Costa surface, which Celso José da Costa discovered  about 10 years later.

Of course you can poke more handles into I6, as you can with the translation invariant Costa surface. Below is an example of genus 7: 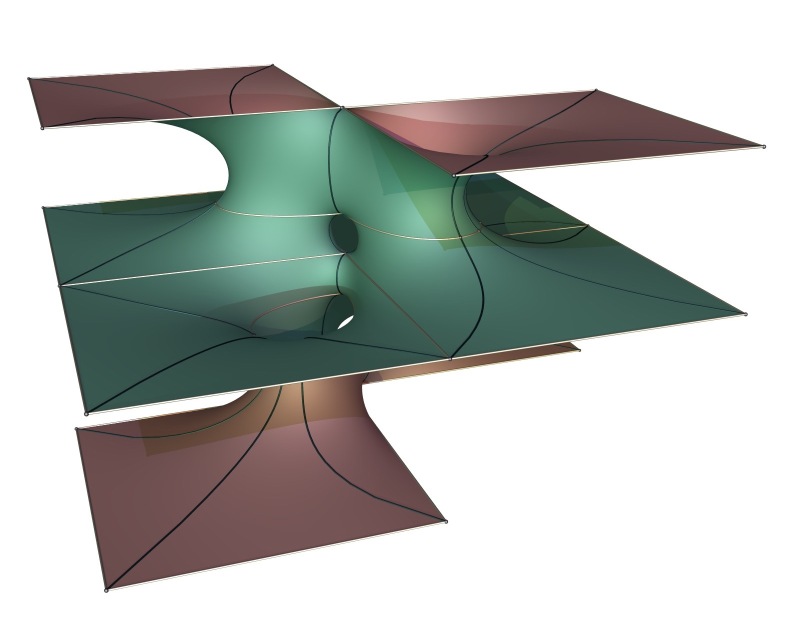