This year I had a little of last year’s first flush Organic Moondrops tea harvest from the Puttabong garden in Darjeeling left, so when the new harvest arrived I decided to compare the two. 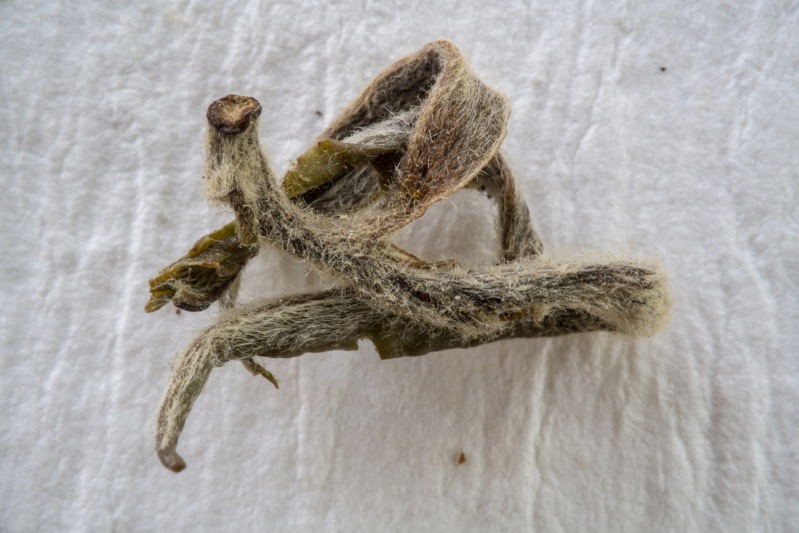 Both harvests show exceptional leaves (samples of 2017 above, 2018 below). Reportedly, this tea is harvested in the early morning hours when there are still dew drops on the leaves.

The overall appearance is that the 2017 harvest is more yellow, while the 2018 more green.

This becomes most evident in the pictures of the steeping leaves, and is clearly an effect of the leaves maturing over time.

In the cup, there is no visual difference. The taste, however, is miles apart. Not only is the 2018 fresher with notes of green grass, it also has the slightly liquorish aroma of an execeptional first flush Darjeeling.

I think the 2017 harvest was generally rather problematic, so that the difference in taste is less a sign of aging but rather of a difference in quality of the harvest. 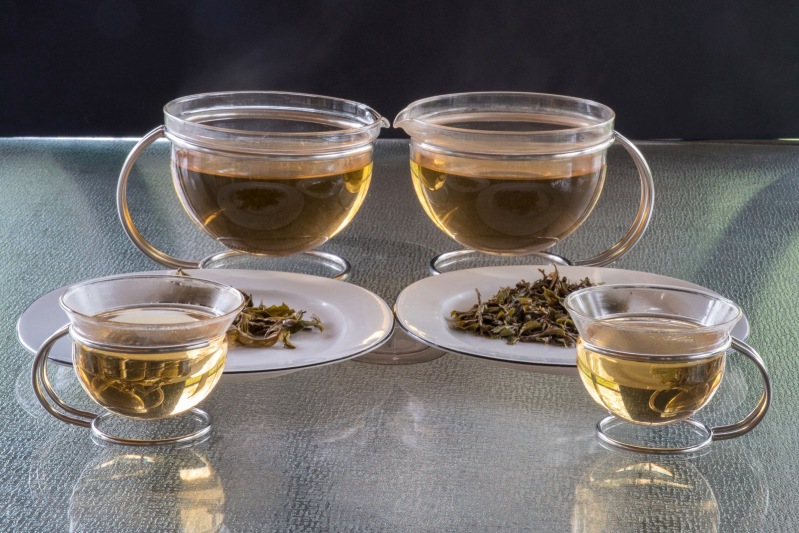 I was curious to learn what the effect of sweeteners on the taste would be, so I also tried both teas with a little Stevia added. While I found that this can occasionally enhance the flavor of teas (for example strong Assam teas), here it completely leveled out the differences between the two harvests. More precisely, the sweetened 2018 tasted almost exactly as the 2017 harvest. So, do not add Stevia to prime teas, you might loose the nuances.