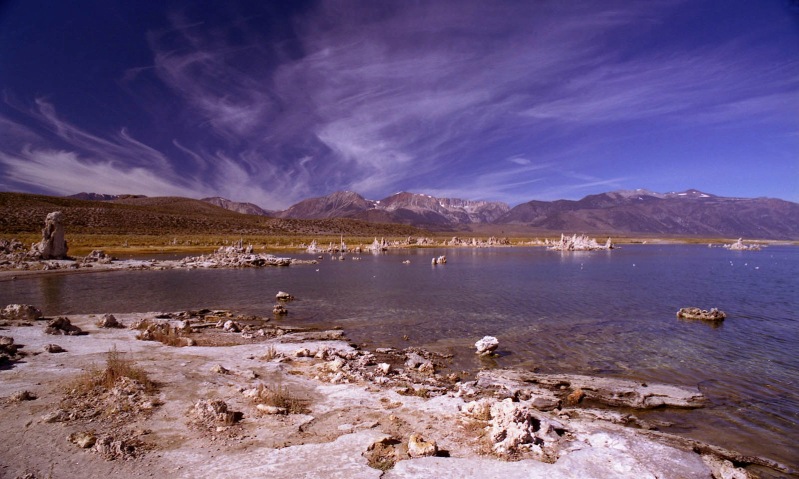 Now that it is cold and gray outside, I like to travel a little back in time to pre-digital places. In 1993/94, while in California, I was at least three times at the iconic Mono Lake, that Mark Twain describes in his Roughing It as “one of the strangest freaks of Nature”. 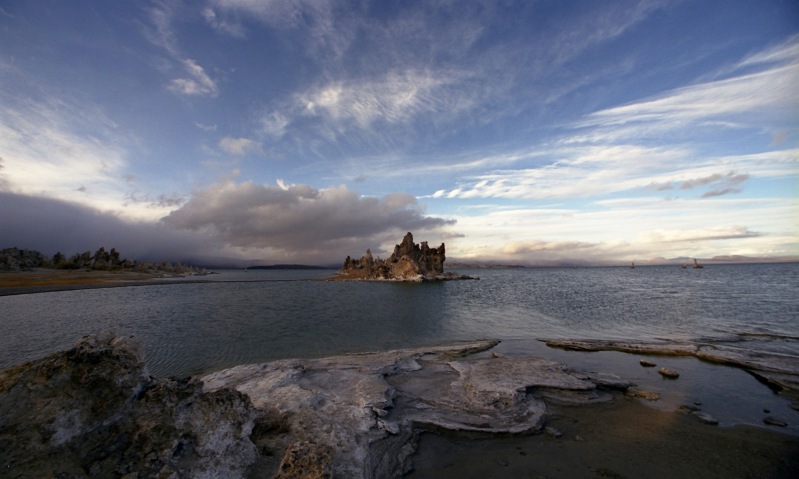 Even though the water is extremely salty, some shrimp species seem to like it (Artemia monica, the Mono Lake Brine Shrimp…), and are in turn being liked by migratory birds. 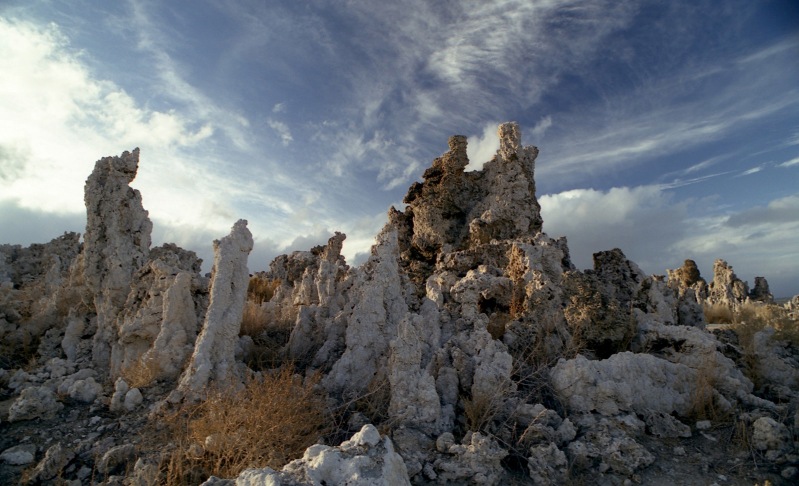 I, in turn, found the Tufa rocks most fascinating. That they are visible and not underwater (where they originate) is a side effect of Los Angeles diverting water from the lake. 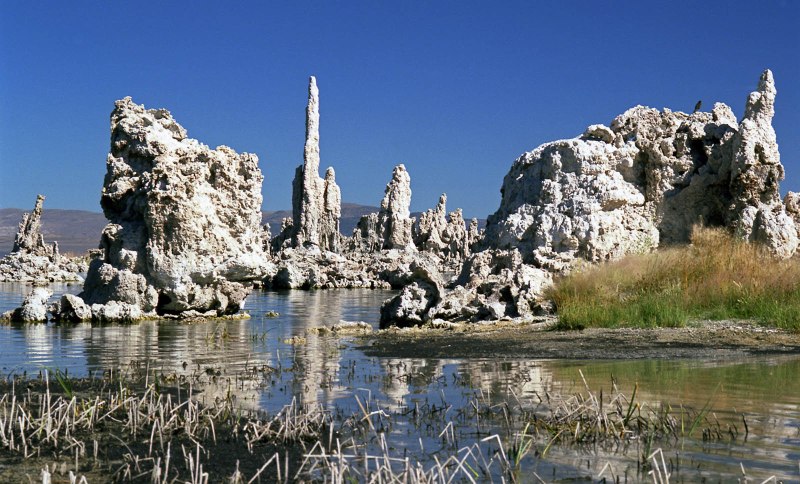 That was still ongoing in 1993, but since 1994, after long legal battles, Mono Lake won and is now allowed to retain its water. So maybe the images here show Mono at a historic low. 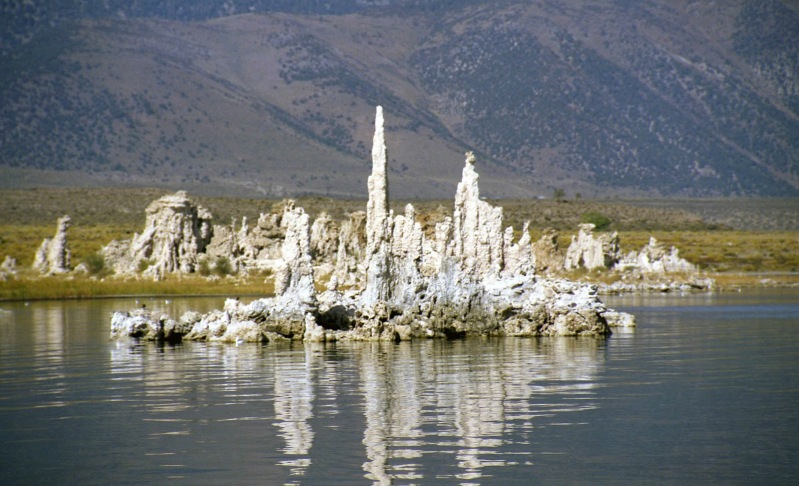 In any case, this feels like home to me.