Unfortunately, the days are over when you could just ask the Magratheans to build you a planet to order. Let’s deal with what we have and deform it a little, continuing my little series of visualizing conformal maps. Here is what we have:

The easiest we can do is to shrink and expand the hemispheres, counteracting centuries of imperialism. Mathematically, this is just a multiplication like say f(z)= z/2. 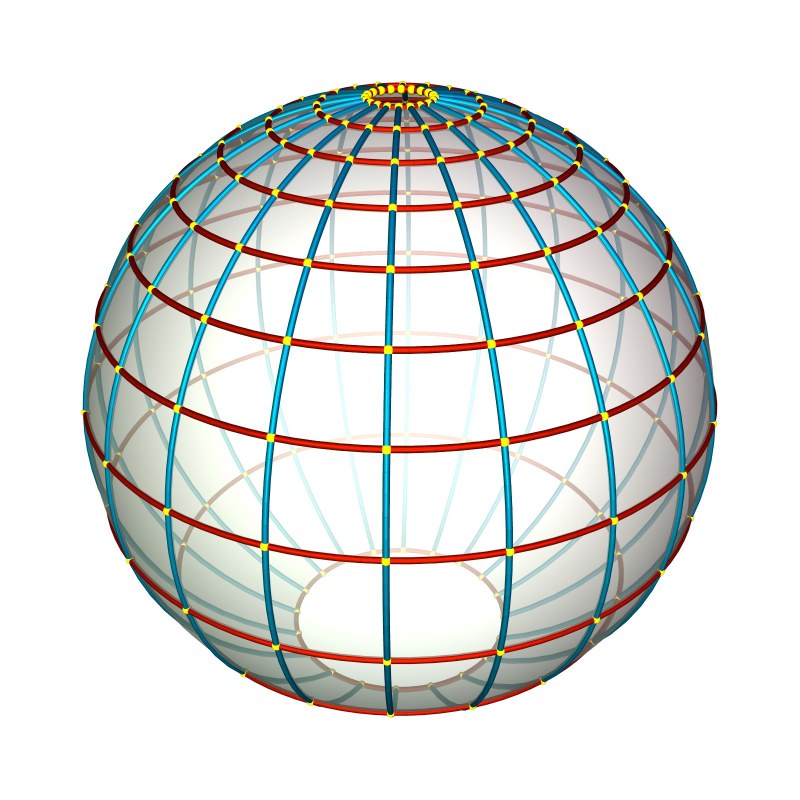 Curiously, translations like f(z)=z+1 have a much more dramatic effect, they move the north pole (which corresponds to 0) and keep the south pole (infinity).

If we want to move both poles simultaneously and keep the equator where it is, we need Möbius transformations. 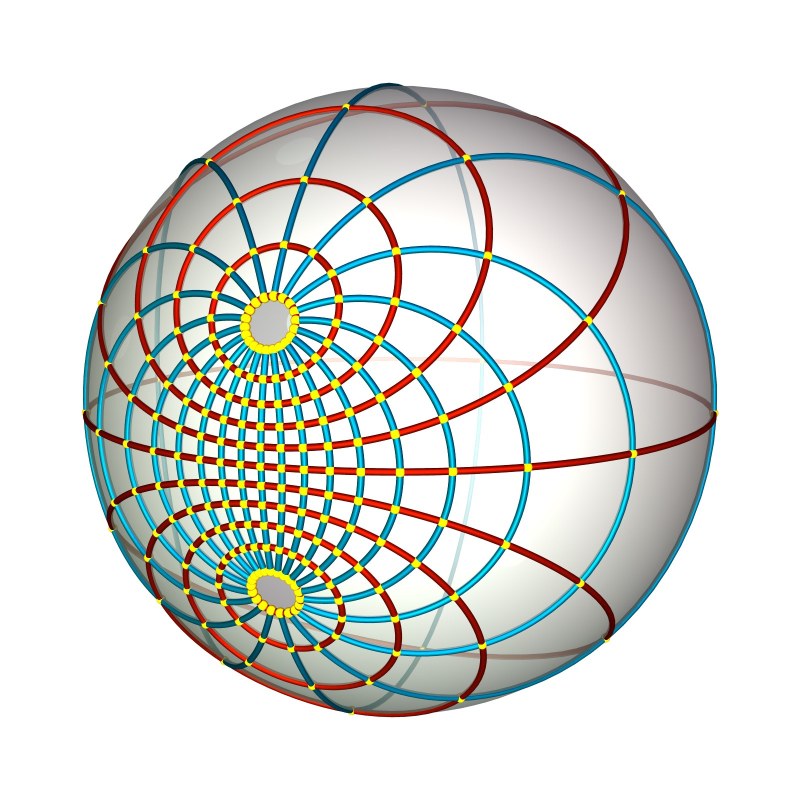 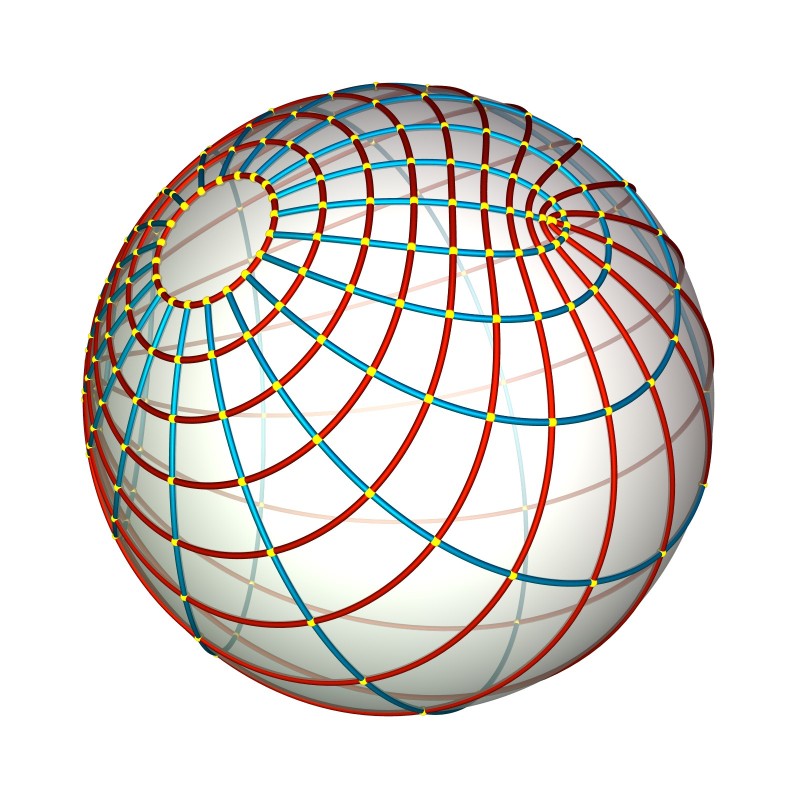 Both polar caps have been folded into one. From a quadratic map we would expect intersecting parameter lines. This doesn’t happen here because the map I have chosen is rather symmetric. To indicate what usually happens, below is the image of a hemisphere under the innocent map f(z)=(z+1)^2: