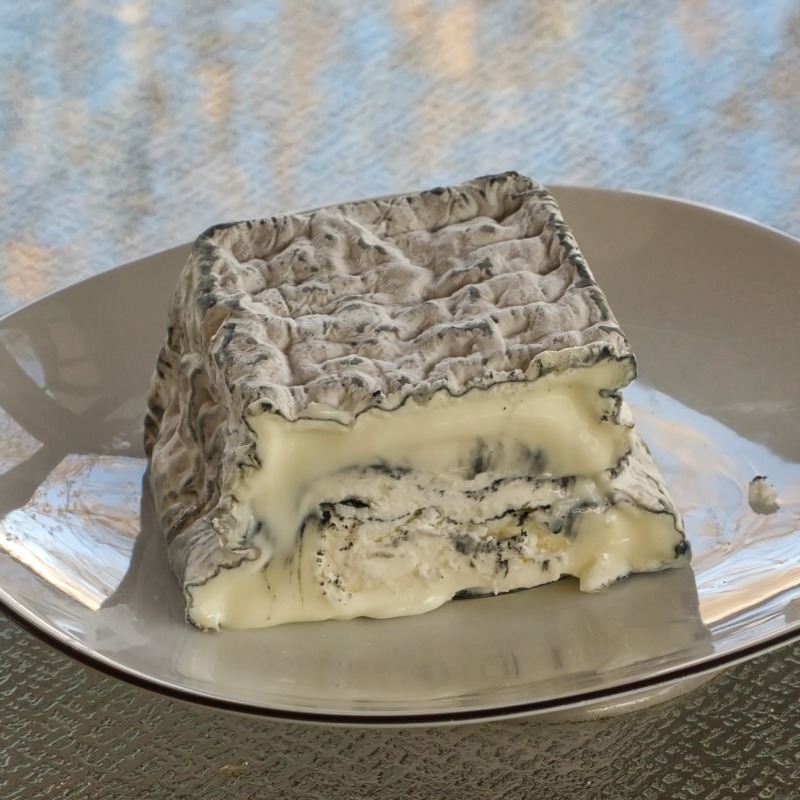 I like local produce. And I like cheese. One of the warnings I got from my European friends was that the people in America would spray their cheese on crackers. While it is true that one can buy something named cheese in spray cans and do whatever with it, this is still a free country, so nobody forces anybody to do so.

Moreover, there is no such thing as the people, and there is tolerance for perfectionist cheese makers. One of them are the family from Capriole Farm in Southern Indiana who make amazing goat cheeses. Above is Sofia, allegedly named after one of their daughters.

Of course this cheese goes well with good bread (more about that at a later point). I also like minimalist recipes, with a maximum of three ingredients. For instance: