I will post pictures from the trails at a later point. Today I would like to talk about an annual event that takes place there.

Each July, artists from all over the worlds gather to a month long event at SculptureTrails to work on iron casts. Over several weeks they produce moulds for their sculptures which are then subjected to a ritual that lasts several hours: The iron pour. And indeed a ritual it is. It begins with the firing of the furnace. 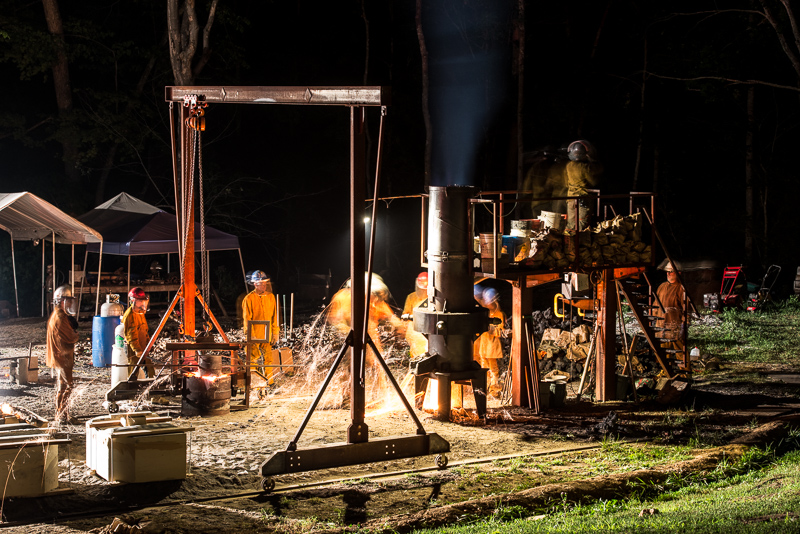 All participants wear protective gear and perform their tasks with a concentration, discipline and respect that reminds me of ancienct religious ceremonies. A look at the molten iron alone is awe inspiring. 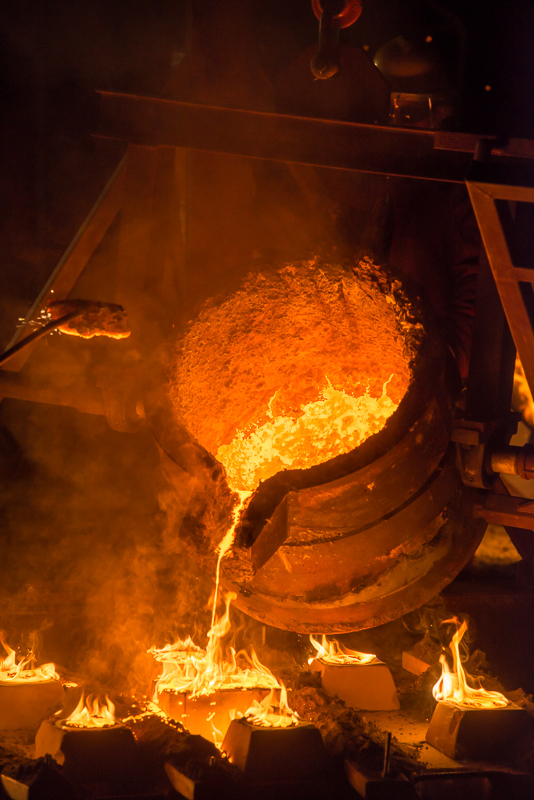 The actual pouring takes place in several rounds, depending on the number of moulds.

Visitors have the opportunity to scratch sandstone molds for a nominal fee. 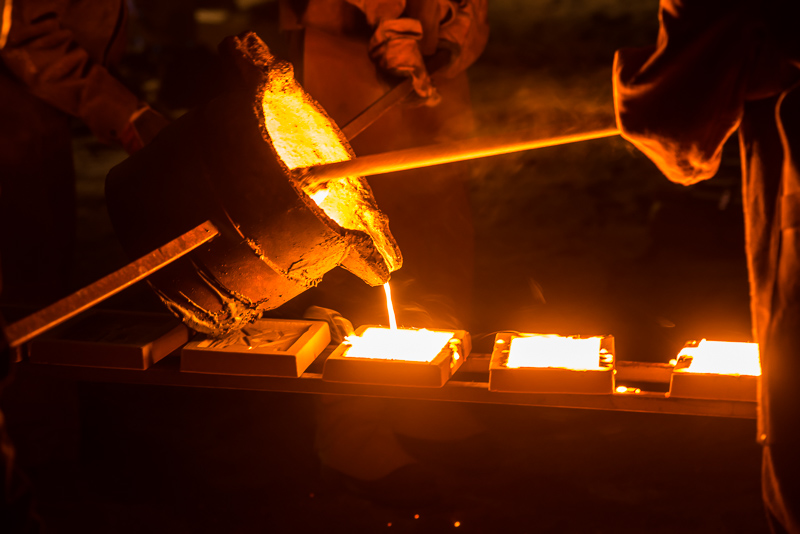 More often than not, the sparks fly high, and let the human beings involved disappear. 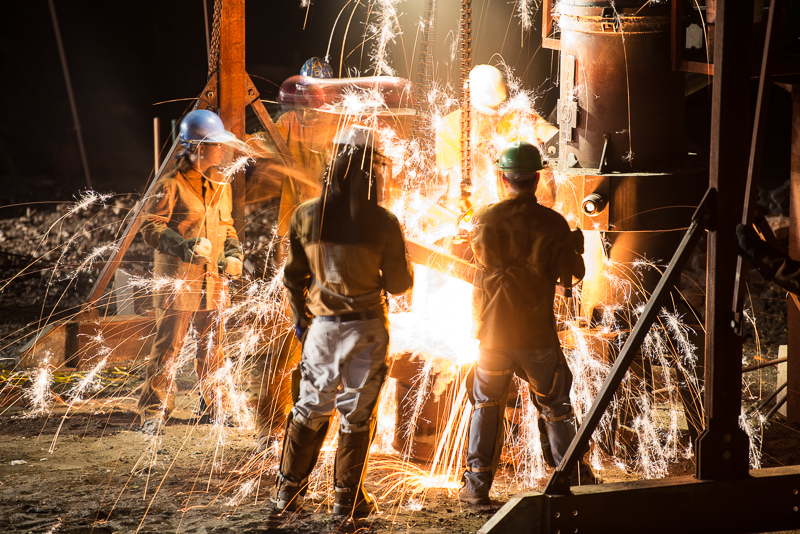 When the liquid iron is poured, the flames and sparks take on fantastical shapes that are, one might believe, the ghosts or souls of the sculptures to be created. 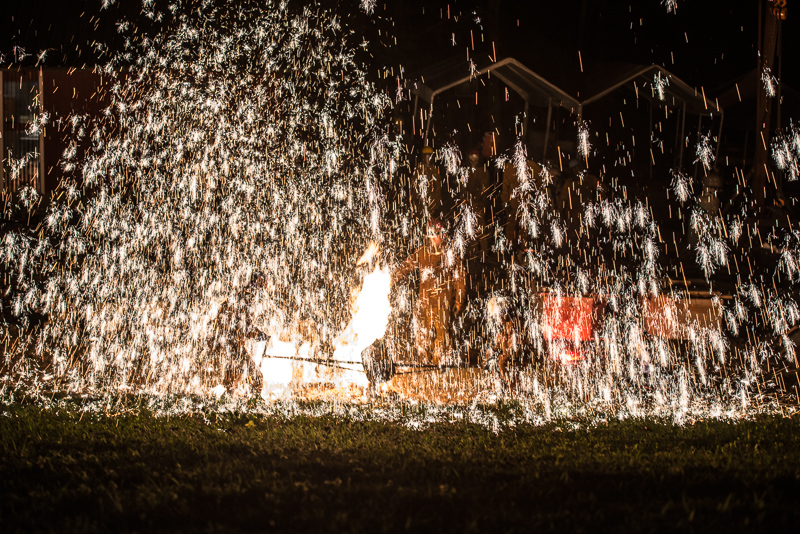 It is hard to say what makes this whole process so fascinating. Is it the ability to handle molten iron? The solemnity of the ritual? The spectacle of the flames? 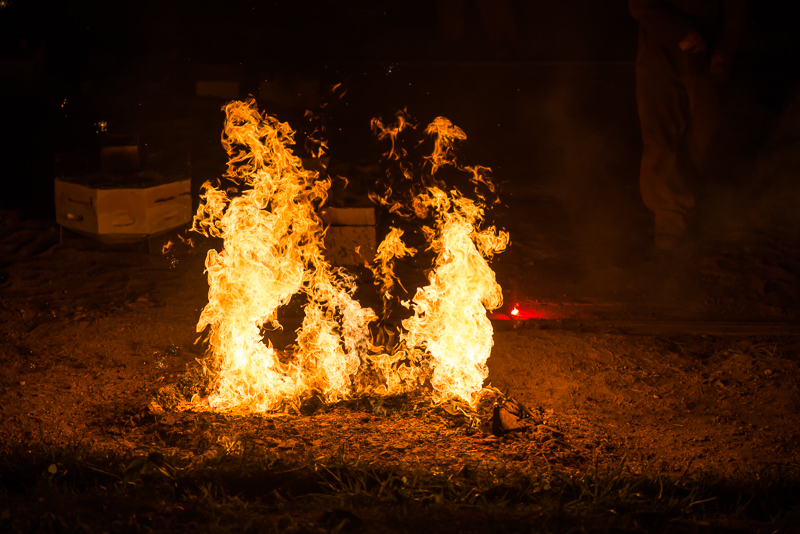 Maybe it is the deep satisfaction to see something truly transformed.

In Andrei Tarkowski’s film Andrei Rublev, the last chapter shows the casting of a bell (two bells, if you wish). There and here, the spiritual dimension of a purely physical phenomenon is astounding.