According to Google, there are several mountains named Hafrafell in Iceland, and the one this post is about isn’t even on Google Maps. It’s barely a mountain anyway.
When driving east on 85 from Húsavík to Ásbyrgi, one can see a handful of small mountains that are often hiding in the clouds. Below is a typical view of the Hafrafell, a little over 500 meters high. 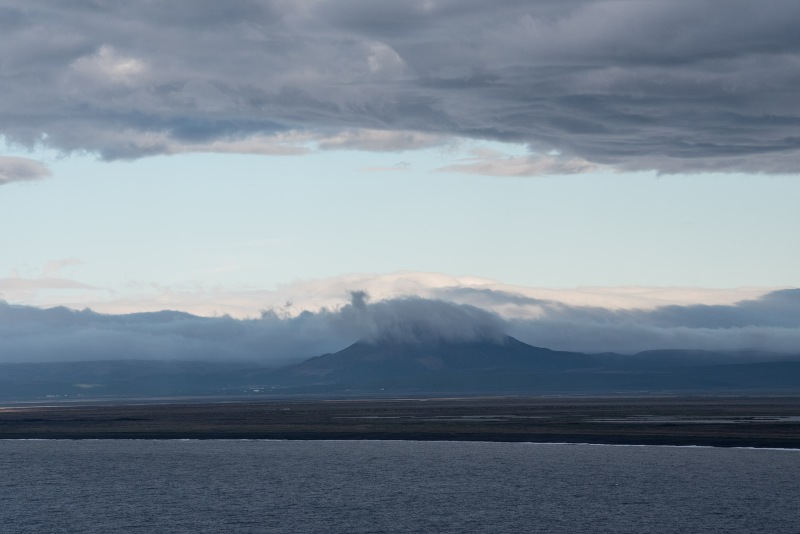 On a less cloudy day they all promise good views of the landscape. We inquired at the ranger station at Ásbyrgi about that one above, and the extremely friendly ranger told us to drive to the nearest farm, ask the owners for permission, leave the sheep alone, and find our way up. 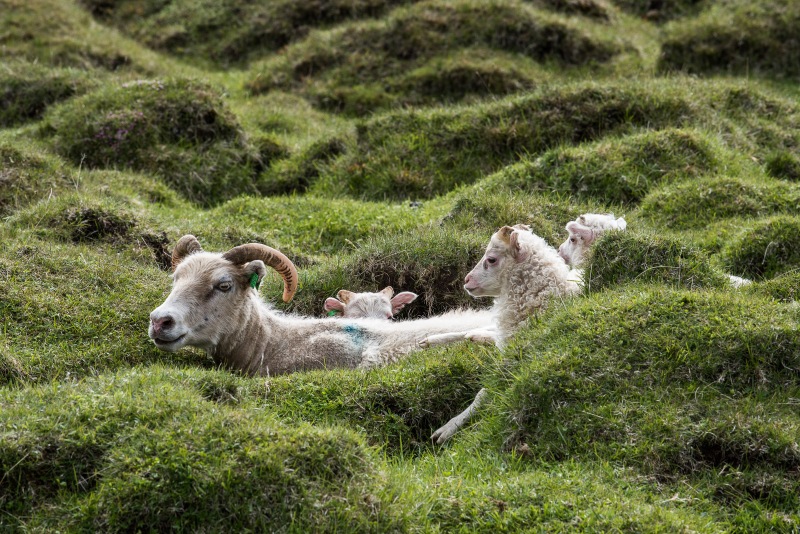 The farm is located on 865, which is a right turn off 85 when driving north, directly after the pool in Lundur. I doubt that many people ever go there, but the owner didn’t seem surprised. There is a path that leads to a small lake (mainly used by the sheep, very cooperative), and from then on one needs to find one’s own way. 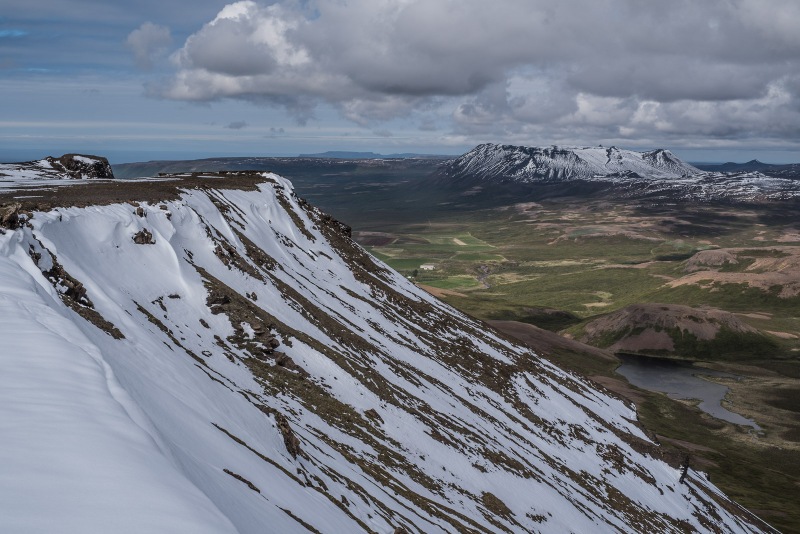 We followed the north-east face to its southern end and then went up. It’s pretty steep, and there was still lots of snow. 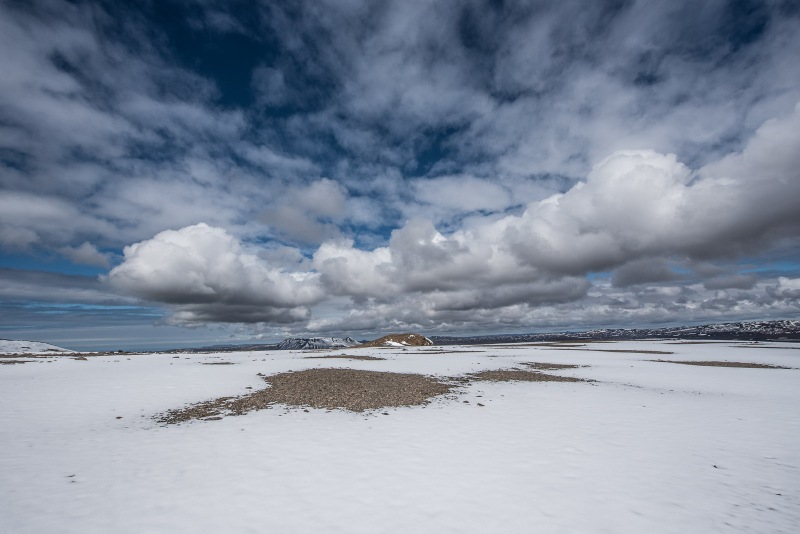 The top is a large plateau with unlimited access to the all the clouds you can wish for. And the views were indeed worth the effort. 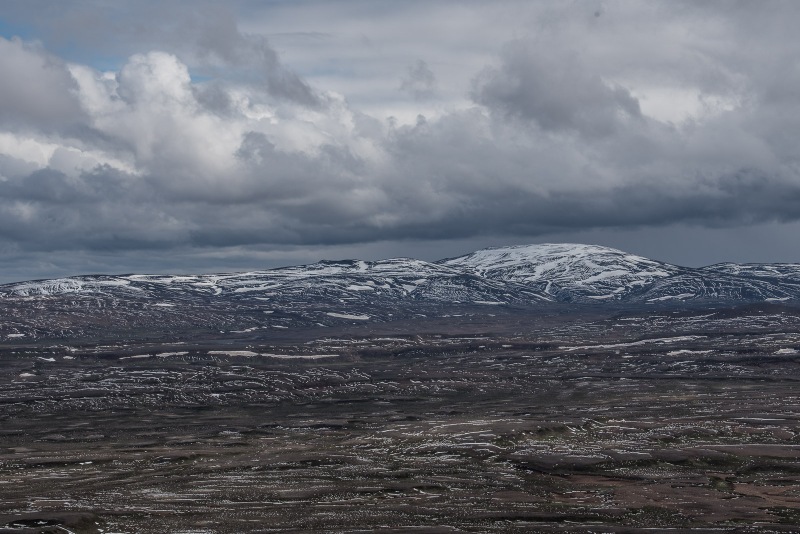 To the east, a vast and empty landscape opens up. Very tempting. I need to learn riding a horse to get around there. 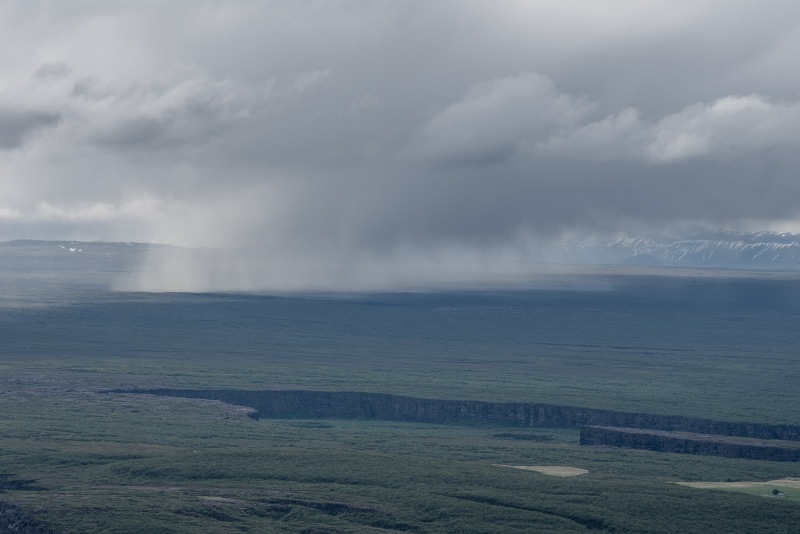 Finally, one can see see the Ásbyrgi canyon from above, together with the mandatory threatening weather. 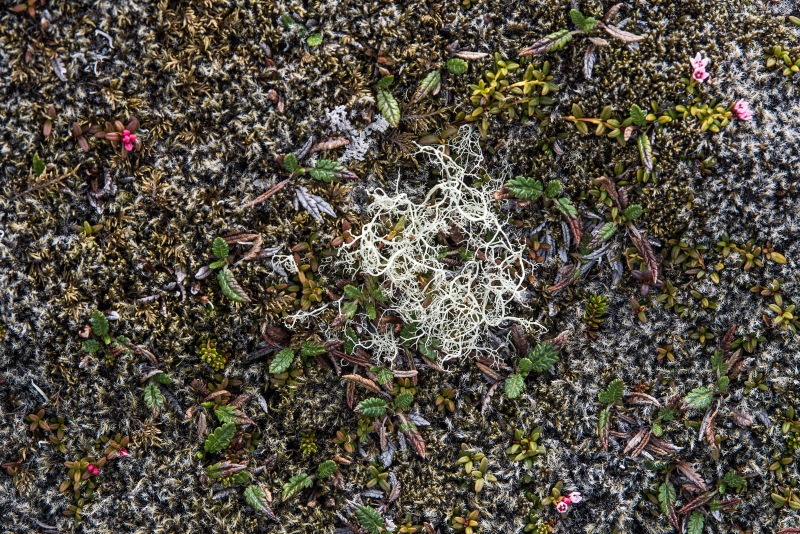 Equally fascinating as the large scale landscape is the smaller scale vegetation. Of course you can find soft moss and dancing birches elsewhere, too, but here they are part of the deal. 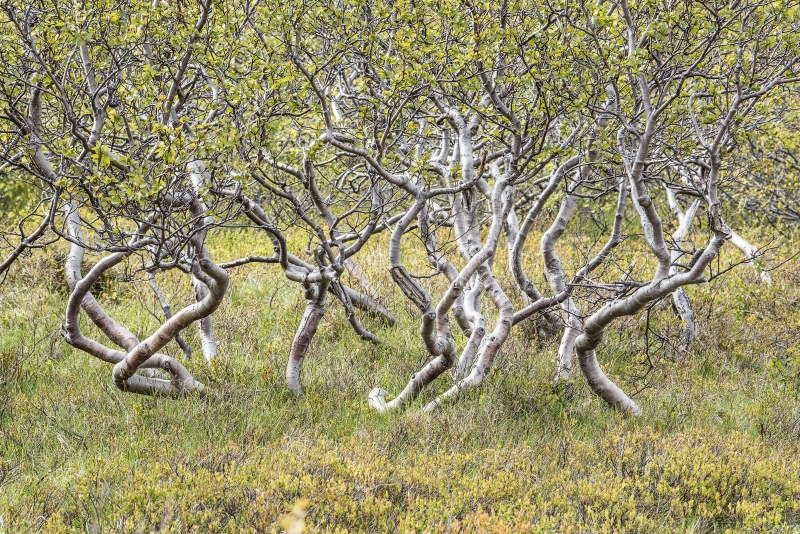 We spent about three hours on this mountain, 90 minutes to get up, 30 minutes on the top, and another hour to get down again. If you feel inspired and want to try it, check for snow and weather conditions before you go.